When we start the game it has a difficulty setting either Standard which explains "The standard Peaky Blinders: Mastermind experience. Occasional waypoints help guide you through Small Heath”, or Hard "For those seeking an extra challenge. Waypoints are disabled requiring advanced spatial awareness and forward planning”.

The game starts with a dialogue but no voices, so sadly we won’t be hearing Tommy’s handsome voice or any of the others. If you have binge watched the TV show during lockdown and read the dialogue you will get an understanding of the characters. 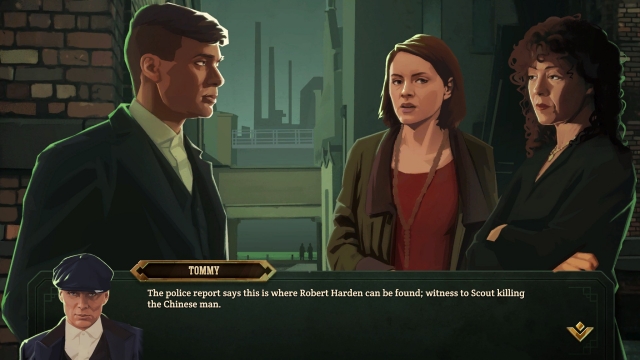 There are a total of 10 levels and throughout the game you get to work with Tommy, Ada, Polly, Finn, Arthur and John. All missions are timed and are split into gold, silver and bronze but the key to the game is careful thinking. You need to control each character to complete tasks before swapping to another one For example, if you start off with two or three characters in a level you will have to use one, think about what their movement will be and then rewind time. A few times I had to use Tommy, make him move through most of the mission and then rewind time all the way back to the start of the mission and swap to Ada. Then Tommy would do whatever I did before, whilst I moved Ada.

I played a total of six hours getting to level nine and decided to give it a break due to having to control five characters. I thought it was not so bad with three sometimes four characters but the thought of five was just making me feel stressed before I even started the level, so I decided to take a break and try again another day with a clear head.

Whilst having the difficulty on standard you would have thought that made it slightly easier to work out the puzzles. After trying to get through level nine for a third time I gave up as I couldn't work out where everyone needed to be at the right time, and I'm no good at puzzle games. But I was proud to get that far without getting frustrated.

I like the art style because it’s bright, and the movement of the characters is smooth. I think the style really suits the game, and does a good job of looking like the show. 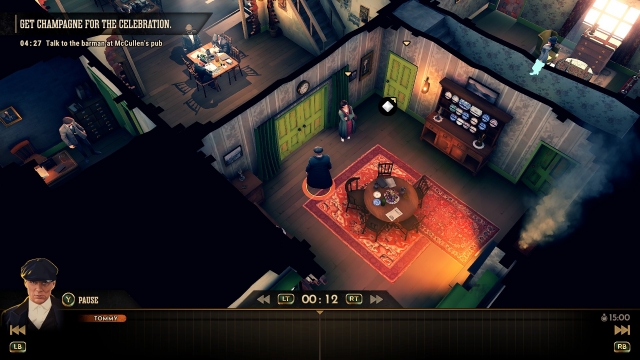 Not directly about the game, but it’s disappointing how the trailer on the Steam page has Arthur’s voice. It’s misleading because it will make people think that there are voices in the game. Another thing that was disappointing was that they didn't put the famous Peaky Blinders theme “Red Right Hand” in the game. It is a new tune that I had never heard of before, but it did suit the style for the Peaky Blinders.

Overall Peaky Blinders: Mastermind is well built, no issues with graphics, glitches or sounds other than the puzzles being so hard that I decided to call it a day, I might go back to it in the future as I do like the game and that's not just because of the Peaky Blinders.

It’s a well made game but if you are a huge fan like myself then by order of the Peaky Blinders buy it.

Nice article. Keep it up. You can see more here https://www.gamegrin.com/