I have to say that most of the time I find it hard to say 2D games with low budget graphics get my attention. It often feels like a lot of the games on Steam that cost under ten dollars are just low budget graphics games that have very little depth to them and aren’t actually all that fun. Contrary to all of this, playing through People Eater has reinvigorated my love for indie games that don’t necessarily have top-notch graphics.

People Eater is a roguelike/bullet-hell style game that has you choose a monster that you will storm various levels with. The levels alternate from randomly generated rooms filled with enemies and boss rooms. The objective of the game is in the name itself: you are meant to run around eating soldiers, robots, and a wide variety of bosses, all while being shot at by every enemy on the map. Your only way of recovering health after being shot is to eat the soldiers scattered throughout the various levels. Before starting your run you have to choose from one of the different monster characters and three different perks that will impact how you play through the myriad of levels. Some of these perks will increase the amount of health you receive from eating soldiers, increase your movement speed when you’re low on health, and reduce the damage you take from soldiers’ bullets. Each level contains three key cards dropped by soldiers and robots, and once all three are collected the elevator to the next level unlocks and you can proceed to the boss level. 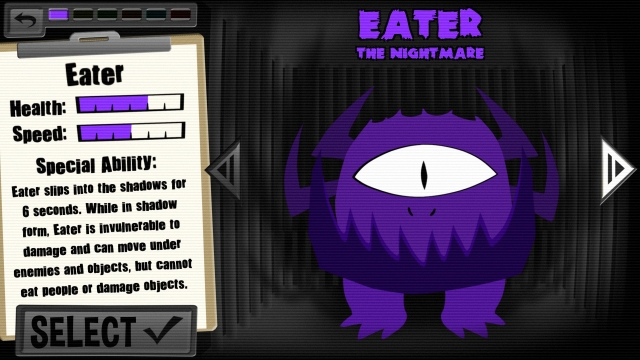 The boss fights are what actually make People Eater so much fun. Each boss has unique characteristics and patterns that you must remember in order to predict where the next attack is coming from. The different bosses are all challenging in their own way even at a medium difficulty, however not to the point of wanting to stop playing. The great thing about the game’s difficulty is that it increases on a fairly gentle curve, while enemies do get harder the farther you progress, they do so in a way that doesn’t make the game impossible. After beating a boss, you will have an option to pick another perk to add to your base stats. Choosing the right perk can make the difference between beating the next boss, or starting all over again. Beating these bosses also unlocks new perks which will allow for far more strategic possibilities. You actually have to figure out how the next few levels are going to go and pick your perks based on that. For example you might know that the second level has a ton of robots, so you might consider taking the perk that allows you to regenerate health from eating robots as well as soldiers. 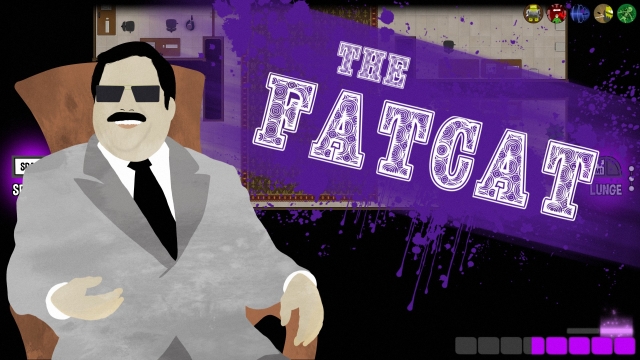 While the graphics for the game are fairly simplistic the soundtrack is what truly sells the game to me. Every boss fight has its own unique theme song that makes every battle feel special. The music is both fast-paced and adrenaline pumping, making you really want to beat each boss into the ground. 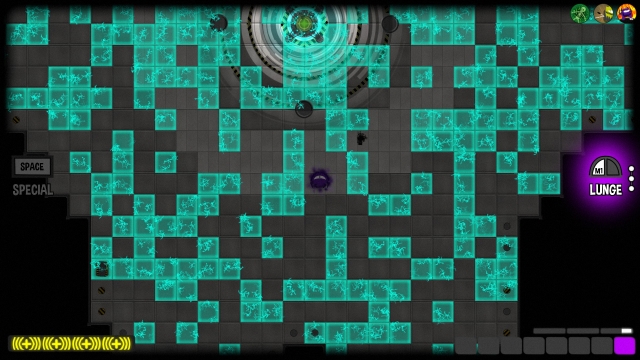 Overall People Eater is a game well worth spending £6 on as I’ve put at least ten hours into it and plan on spending many more hours playing. The boss fights all feel very unique because of the various soundtracks, the strategic choice of various perks and abilities, and the variety of different monster to choose from, provide a bullet-hell that separates itself from the others. If you are looking for a bullet-hell game that has roguelike elements to sink a great number of hours into, look no further than People Eater!

If you are looking for a bullet-hell game that has roguelike elements to sink a great number of hours into, look no further than People Eater!