I never thought about the split-second decision-making skills that are required to be a police officer. Bursting through a door not knowing whether there would be a gun pointed at you or not. As well as pointing your gun at them while having to make that split-second decision if they are a threat and need to be taken down. These thoughts began to swirl around in my head after I had to make some of these decisions myself in Police Stories by Mighty Morgan.

Police Stories is a top-down shooter that feels and looks like a slower Hotline Miami but plays more like Rainbow Six Siege with its tactical gameplay. It’s an interesting blend of games that works surprisingly well, despite its generic story. You play as a police officer named John Rimes as your partner Rick Jones retells a story from their past to a local journalist about how one small case turned into something much bigger than any of them could’ve handled. No spoilers, but the story is something we’ve seen many times before in stories regarding detectives and police officers. There was hope about halfway through the seven-hour campaign that there might have been some twist to shake things up, but you can most likely guess what’s going to happen from the get-go. It’s not a bad story, just exhaustively told. 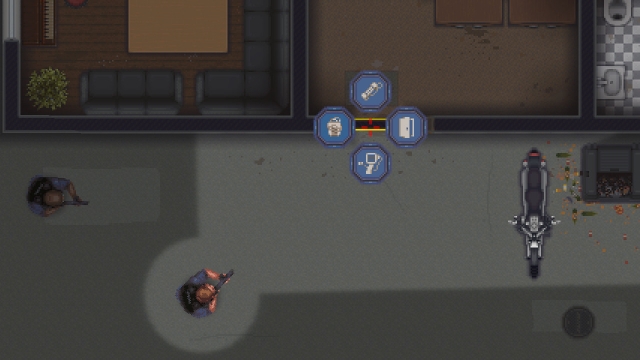 The reason to play this game isn’t for the story though, it’s for the excellent tactical gameplay. As mentioned previously you take main control over John, but you also have your partner Rick with you that you can command to do various things depending on what equipment you’ve given him at the mission briefing. At the beginning of each mission, you get a description of the mission, how many hostiles and civilians, if there is a bomb and the difficulty out of ten. Using this information, you can give your two police officers the proper equipment for the job or whatever you personally want to use. There are up to 16 different items you can unlock by playing through the story such as flashbangs, riot shields, tear gas, medkits, lock picks, and – most importantly – a borescope to see behind doors. Each piece of equipment is useful in its own way and is based on how you want to approach the missions at hand.

The goal in Police Stories to clear an area of civilians and hostiles – and sometimes bombs – by following the rules of the law which will be rewarded with points, but breaking the law or getting injured will subtract points. Once you complete a mission, you are letter-graded based on how many points you receive/lose. Performing actions like shooting an unarmed hostile, civilians getting shot, or you or your partner getting shot/killed will subtract points. There is the option to tell people to get on their knees, surrender and handcuff them which is the way you can get the most points, but not everyone is going to listen to you. 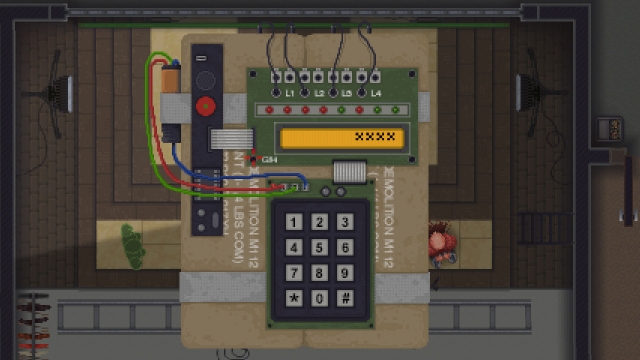 Some might run, but you can shoot around them to have them possibly stop and they will immediately get on their knees to be handcuffed. If you turn your back on an enemy that isn’t handcuffed, he can pick up his gun again and begin to fire at you. If the perpetrator doesn’t surrender, you can walk up to them and melee them until they do, which can also give you the code for the bomb. But while walking up to them they can pull their gun out and fire which is where the split-second decision-making skills come in.

As soon as you burst through a door you can get gunned down if you’re not swift enough, and in the earlier stages when the borescope wasn’t available, this would happen a lot. Not knowing what was behind every single door was stressful since you could die almost instantaneously or you may accidentally shoot a civilian or an unarmed gang member because you're afraid of dying so close to the end of a level. Once you do unlock the borescope and can see what’s behind doors, you begin to play in a more tactical manner and start using your equipment based on what’s going on behind the door. 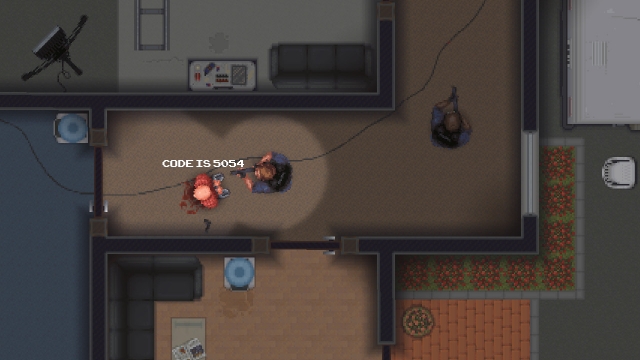 If there is a hostage situation or multiple enemies, the breaching equipment will stun everyone in the room allowing you to take on multiple people at once without being fired at. You can give Rick the riot shield and have him stand in front of the door as you open it so they shoot at the shield and either Rick or yourself can take them out. It’s all based on how you want to approach a situation with the tools at your disposal, and once you learn what works best for you, you’ll see an improvement on your scores. The controls take a little time to get used to, as well as just the overall feeling of the game, but once you do you can feel like a badass when you execute your mission perfectly. Police Stories can also be played cooperatively – local and online – and even though I was unable to try it, I can imagine how great it would be to plan out an attack with someone else.

Visually, Police Stories is similar to Hotline Miami with the top-down view but trades the flashy, neon visuals for a dark, gritty tone that works well for the type of game this is. Most of the levels are poorly lit areas that make going around corners just as stressful as opening doors because you can only see what’s around the corner if you peak yourself with your flashlight or send Rick. The way the flashlight beam bends around corners and goes through doorways looks great and adds a level of immersion I wouldn’t have expected. An enemy could be behind the door but since your light is only in the doorway you won’t know until you go inside and look behind the door. Overall not a visually stunning game, but great for what it is. Police Stories from Mighty Morgan seamlessly combines the gameplay styles of both Hotline Miami and Rainbow Six Siege for a tactical top-down shooter that everyone should check out. The story is forgettable because of its generic nature and the visuals aren’t incredible, but Police Stories is about the tactical gameplay and having to make those split-second decisions as a police officer would. You’ll have a newfound respect for your local law enforcement once you realize how life and death their jobs can be.

The story is forgettable because of its generic nature and the visuals aren’t incredible, but Police Stories is about the tactical gameplay and having to make those split-second decisions as a police officer would. You’ll have a newfound respect for your local law enforcement once you realize how life and death their jobs can be.