It’s been a year since Project CARS launched and Slightly Mad Studios have been keeping themselves busy with improving, fixing and creating additional content for the sim racing title. On initial launch, the Xbox One version I reviewed was plagued by a show-stopping bug which flat-out made the game unplayable. Initially, I was somewhat hesitant to return for the GOTY edition for fear that if things hadn’t changed, I’d be setting myself up for more berating from passionate fans. However, given how much I’d been looking forward to this title back then, I’d be remiss not to give it a shot at redemption.

First, let’s go over what the GOTY edition bags you. Most notable, is the addition of the 50 cars they’ve released since launch, which ups the roster available to 125 different cars. There’s 4 new tracks that have been added along with the Nordschleife + GP combined circuit of the Nürburgring. There’s also over 60 liveries from the community that supplements this outing. Last, but by no means least, the SMS team are citing over 500 features and improvements to the base game since launch. 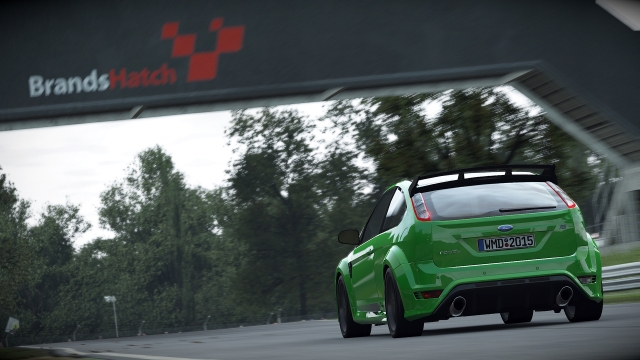 Let’s go straight for the main issue that had plagued any fun I could have had with this last year - the stuttering. A few hours in on the GOTY edition and I’ve not had the issue occur once. We’re off to a good start! The other big issue I had was with the force-feedback, in that it barely felt as if it was there at all, even with the core options turned up to full. Again, this seems to be another one that Simply Mad Studios have managed to cross off the list of bugs somewhere down the line, which is another plus for the GOTY. This tied in with an overall feeling of the cars being very floaty light, though for fear of sounding like a broken record at this point, it’s another point that’s been well and truly crossed off.

So, with those issues brushed under the carpet, I can finally enjoy the rest of the game and what it has to offer under the hood. Maintaining a near 60fps at 900p on the Xbox One, it looks beautiful. There’s something quite special about taking the Pagani Huayra through a thunderstorm on the fictional Californian Highway, fighting against every slight loss of traction on the twisting track. I dropped into career mode, though there’s not much new there in terms of the GOTY - after all, this edition is mostly the culmination of the DLC released so far along with the bug fixes. It’s a series of races, where you’re not limited to the car you drive based on the credits you have in your virtual bank balance. Just hop into the car you feel most comfortable with and get on the track. You also don’t have to start at the karting stage either - you can opt to drop into the career further down the line. Handy if you can’t deal with listening to the screaming engines of the 125cc karts. Speaking of the sounds, the cars in Project CARS have some well recorded audio to go with them, you really notice the difference when moving from the hypercars like the aforementioned Huayra to the more mundane road cars such as the Ford Focus RS, all the way to the absolutely bonkers SMS Superkart 250cc screaming it’s way up to 150mph.

With regards to controls, whilst it’s perfectly acceptable playing Project CARS with a gamepad, this is a title that screams out for a wheel and pedals, if nothing else just for the feedback you get from the car as you keep it just on the edge of traction as you go round a corner. There’s a lot of options for dialing this in just right to your specific playstyle too, meaning anyone can get a feeling that’s just right for them. 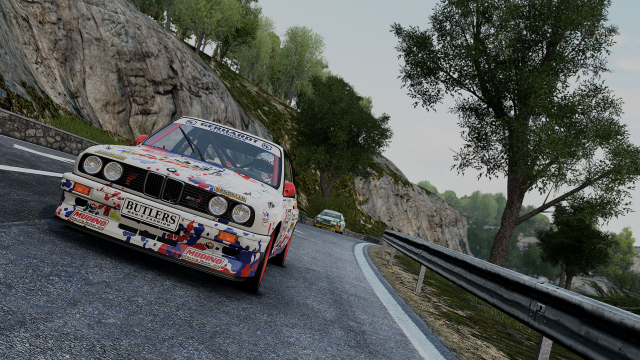 There’s still a couple of qualms, though they’re not show stoppers in any way. In fact, the worst of the issues I had was on restarting a race - instead of being placed back at the grid I was given a rolling start from where I was on the track currently, with the rest of the grid lined up in formation for the same rolling start. Happened a couple of times, so it’s not just a one-off, but a second restart seems to alleviate that particular issue.

THIS is the game I wanted to be playing a year ago. After seeing it at the preview event, this is the experience I longed to be having with Project CARS. To paraphrase my original experience... “It’s here. It’s finally here.”

Project CARS (Reviewed on Xbox One)

Slightly Mad Studios have, in the year since release, tidied up Project CARS no end. There’s still a few small niggles here and there, but overall this is now a title I will happily have adorning my shelf.

US Race Car Pack Now Out for Project CARS

Now that we all have this (GWG) lets get a GG leaderboard setup :D