Maybe building your own hospital isn't something that's ever crossed your mind before, but thanks to the wonderful world of video games, now you can! Somewhat, that is. Though Project Hospital takes things a step further, not only do you get to build but manage the hospital as well. Hey, if you've got a student in the home who's studying some sort of business management, perhaps this game is good for them! Coming to us from Oxymoron Games, Project Hospital is where you can be anything in a hospital setting. From being an "ace doctor" to "an aspiring architect and successful manager", according to the Steam page, players can truly make the hospital they want. Sims for hospitals perhaps, where you can make it as safe or as unsafe as you want! While some people will probably play this game properly, we all know someone out there will try to see how fast they can get a hospital to close or how many patients they can take out. While that's not how one should play games, we all know that person who does exactly that. Some people just like to watch the world burn!

To be honest, I was one of those people, but I did also try playing it the responsible way. I played through the tutorials and attempted a campaign to get a real feel for the game, I just kind of got bored and distracted, unfortunately. Though I did lose a decent amount of time just playing with the building options in the sandbox mode, which was my favorite thing about this game. I used to lose hours on Facebook games designing cafes and farms, if I'm given carte blanche on something, I'll explore all the options imaginable. 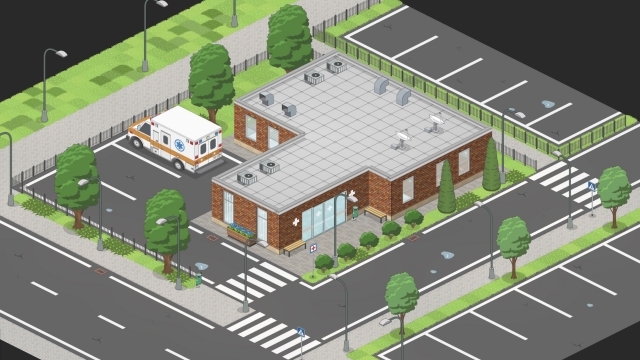 There are so many options in this game, too. From wallpaper and flooring to MRI machines, Oxymoron Games pretty much covered the gamut. I would say that I would like some more colourful options for the floors and walls, something to really make the hospital pop! I guess that's not something people are normally looking for in their hospitals, granted, but sometimes it's fun just to see what you can do.

Besides the sandbox mode, Project Hospital has tutorial modes as well as campaigns. The tutorials range from basic to pretty intense and among the campaigns is one where you have to save a failing hospital. Can you do it? I sure hope so, because lives actually depend on it! This is a very detail driven game, and I would highly recommend the tutorials, at very least the first two, just to try and understand how the game works. It's intuitive to a point, but with so many moving parts, it's best to find out what the developers had in mind rather than trying to go it on your own. Otherwise you run the risk of getting frustrated with the game and giving up instead. 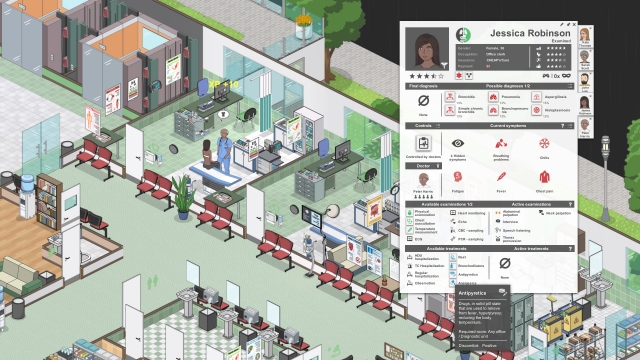 For a first outing, Project Hospital is quite ambitious. There's a lot going on, but all of it seems to be fairly well thought out. As I said before, detail oriented people will probably have a blast with this one as it is highly detailed. From running a hospital to building it to being the star doctor on staff, that's a whole lot of work! If you feel like you're up to the challenge, give this one a shot. Have a med student in the family? Then definitely consider gifting them this game. Sure they may never need to build or run a hospital, but with the diagnostic tools to diagnose patients, it's great practice!

For a first release, this game is very detail oriented. The sandbox is fun to play with, to relax and design with no pressure, and the campaigns have tutorials to go along with them. The campaigns can be a little intense, so be prepared!