Red Game Without A Great Name is one of the most frustrating games I’ve ever played, and not in a good way. When you finally reach that end goal of the level, rather than feel that addictive rush upon finally beating a challenge, you’ll sigh, and regret ever allowing this game into your life.

Released on iPhone and iPad in July last year, Red Game Without A Great Name is a 2D puzzle platformer, of sorts, and comes from a small team based in Poland. While attempting to research the developers, iFun4all, I struggled to find much more than scraps of information about the company. They have released a couple of other titles for iOS and Sony’s portable systems over the last six years, with nothing of note to speak of. That I had such difficulty finding these guys should already be ringing warning bells. Immediately on starting the game, problems arise. The opening introduces the world and the small mechanical bird you play as, but the video hasn’t been adapted to display on a larger screen than a mobile. Those jagged edges of the stretched video are like knives pressing against my skin; a painful first impression. The menu next, with it’s large, pulsing buttons, appears unchanged from the Red Game’s mobile release.

This game has an interesting art direction, to begin with; a steampunk world populated by both mechanically altered people and animals. Before long that style loses its touch, with the game never seeming to expand beyond steel beams and gothic frames.

In each of the 60 levels, you don’t directly control the bird. The camera scrolls horizontally, revealing traps that have to be avoided, and without your input, the bird will fly into one of the many spikes that litter the path ahead. To avoid death, you click on the bird and drag to a new position to which the bird will teleport. New traps are introduced in later levels: pipes releasing steam that change the bird’s direction, spike-covered pistons, and windmills of spikes, to name a few -- this game definitely has a thing for spikes. 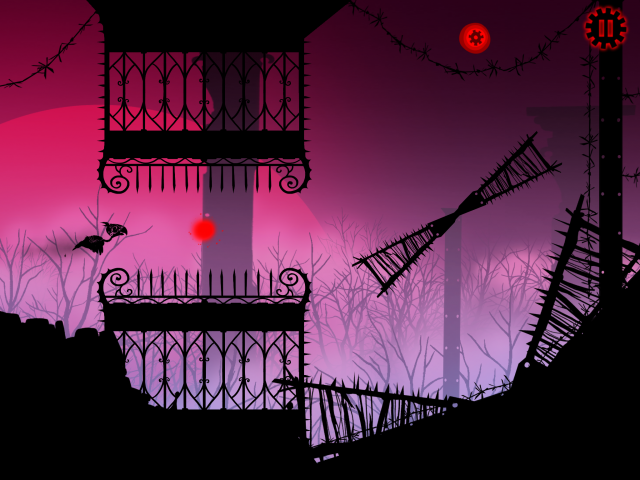 The infuriation comes after only maybe a dozen levels, but it doesn’t come from the “puzzles”. The camera moves a constant speed, never pausing or accelerating in reaction to the player. Leaving view of the camera is an instant death, which is fine, and doesn’t happen often. The camera takes so long to move that I can’t conceive of any other reason you’d fail in this way than that you were distracted by something actually worthy of your attention. Having to wait for the camera to catch up also leaves you with the predicament of the constantly moving bird, as the damn thing will continue to move forward at all times. This leads you to slam the bird face-first into a barrier to make it stop, and watch it continue to flap unaware as it grinds against a steel beam. In later levels, the designer takes this away from you, covering the scenery in one-hit-kill spikes. All you can do now is continuously teleport the bird back two feet at a consistent rate to ensure he doesn’t see a fatal end, and when you have to restart the level because you were trapped in a small box waiting for the sight of the next inhabitable space, and died at the last second… you begin to see why I do not like this game.

To top this review off, within each level are three floating cogs than can be collected, acting as your score for the level, and reaching the end of a level without any deaths gives you a “flawless” title. There is no other reward for this feat than the pitiful ego boost the sparkly image on the level select screen gives you, so don’t waste your time replaying any levels after you’ve completed them. 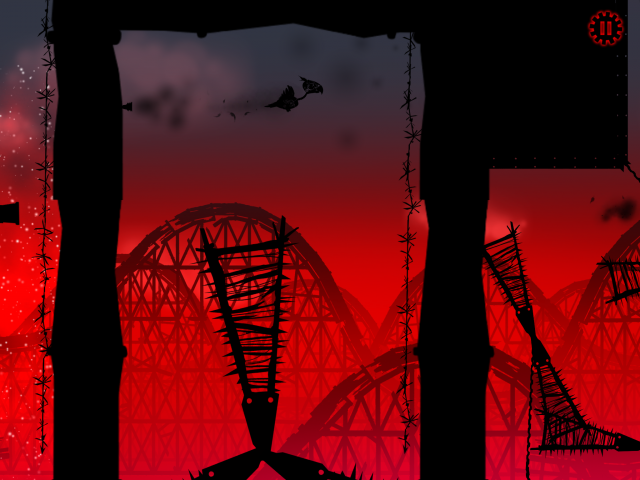 If you can stick with the game through to the end, you’ll be rewarded with the biggest middle finger I’ve ever seen coded into a video game. Not a literal middle finger, but a design decision so hateful, I wouldn’t be surprised to see every person who reaches those final levels uninstall the game in disgust. A hastily cobbled together mess of a videogame, Red Game Without A Great Name doesn’t deserve your attention. I suffered it so you don’t have to.

Red Game Without A Great Name (Reviewed on Windows)

A hastily cobbled together mess of a videogame, Red Game Without A Great Name doesn’t deserve your attention. I suffered it so you don’t have to.

Red Game Without A Great Name