Take a minute to imagine Gimli from The Lord of the Rings going completely rogue and killing every last orc, demon, and goblin in all of Middle Earth. Think of the bloody carnage such a fearsome dwarf is capable of with some sort of motivation. Now that’s a pretty frightening image isn’t it? Lucky for you, Runic Rampage fully encompasses that idea of a dwarf warrior killing everything in sight through a fantasy world. It doesn’t really involve anything else, but a Gimli standalone title is what everyone’s always dreamed of.

You may wonder what Runic Rampage actually consists of, as it surely cannot only involve a dwarf murdering everybody. However, it does indeed consist of a dwarf murdering thousands of random enemies across the globe. From desert landscapes to an underground dungeon, our dwarf character shows no mercy. Your goal in the game is to simply traverse various environments filled with opponents and reach a treasure chest at the end of each level. There, you will find precious loot in order to upgrade your stats and return to the treacherous world, ready for battle once again. 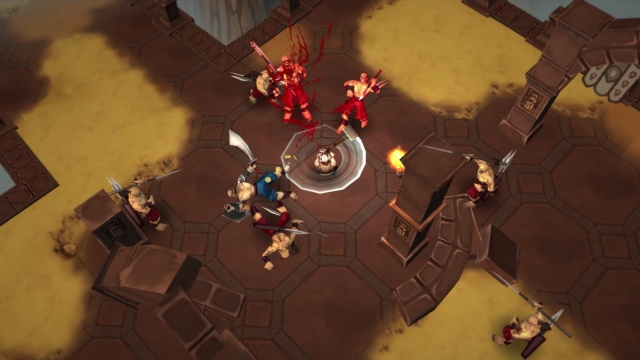 Although there are combos present in the game, I found it significantly more effective to use basic attacks for the entirety of Runic Rampage. A combo takes too much time to pull off — time that forces you to be vulnerable to enemy attacks while the combo charges up. Any time an enemy is hit with an attack, basic or special, they are stunned for a full second. By ultimately stunning everything with basic attacks, you are able to keep yourself safe from enemy blows. For this reason, the combos are rendered completely pointless unless you are trying to look cool.

The game’s graphics are hardly better than that of Runescape Classic, although low graphical requirements may be preferred for those with potato PCs. As you may have guessed, levels are also completely linear with an extremely generic story about a fallen kingdom and evil witch. The story adds absolutely nothing to the game, but I’m always glad when there’s at least some existing plotline in action/adventure games. In regards to difficulty, Runic Rampage does a really great job of staying balanced for the most part. Boss battles require some level of pattern recognition, while standard levels are never a easy rush to the finish line. Lastly, enemies scale with your level, so going back and milking earlier stages isn’t an easy task. 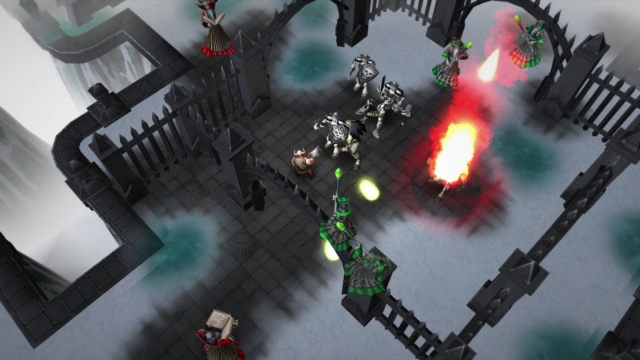 Since Runic Rampage is so basic, you think it would be issue free. However, there are a few problems I noticed during my time with the game. First off, the few story cutscenes are riddled with extremely basic typos and grammatical errors. Some of them were pretty laughable, though this issue can be overlooked for the most part. Also, there is no voiceover present, which made each cutscene somewhat awkward to watch. Secondly, I found upgrading character stats to have an extremely limited effect. After pumping all my skill points into defense, I continued to take damage at almost the same rate as before. I understand that maxed defensive stats shouldn’t make you invincible, but I placed every last point into defense and barely noticed a difference.

The best parts about Runic Rampage are the frantic rampage moments and soundtrack. By chaining together kills, your dwarf temporarily gains different tiers of increased stats, while kill animations get more and more gory as the chain combo increases. It’s possible to group up enemies and start a frenzied battle; gradually building up your meter and becoming insanely powerful for the duration of the massacre. I found myself cracking up at my dwarf turning into an absolute beast while randomly swinging around a hammer twice his size. Also, the game’s music is of pretty epic proportions for such a small indie project.

To summarize, Runic Rampage serves as a smooth hack and slash title for those looking for a goofy, low-spec adventure. Gameplay is solid and entertaining at times, even though it never gets too creative. I cannot say Runic Rampage is remotely close to being memorable, although it was a fun killing spree with a godlike dwarf as your hero. Gimli would be proud.

Runic Rampage serves as a smooth hack and slash title for those looking for a goofy, low-spec adventure.