For someone who talks about loving JRPGs, it’s surprising how few of them I’ve actually finished. I’ve made it to the end of a few of the Final Fantasy series and Skies of Arcadia, but I’ve never completed Ni No Kuni or any of the Breath of Fire games. I’ve not even got around to starting Chrono Trigger, let alone finishing it! And so it is with SaGa Frontier; a classic RPG that I’ve just never managed to get round to. In my defence, the title never got a PAL release so it passed me by in the 90s and it has never quite made the top of my ever-growing ‘to play’ list since then.

This remastered version of the 1997 Square PlayStation classic makes up for the lack of a release by coming to pretty much every platform worldwide simultaneously; including mobile devices. I played the Switch version for this review, but the features are the same across all versions.

The first thing that you will notice upon starting the game is that the soundtrack, as is often the case with Square titles, is absolutely lovely. This hasn’t changed much from the original and has just been tidied up a little. In fact, the original composer Kenji Ito has been brought in to create new music for new main character Fuse. It’s very in-keeping with the soundtrack that you would expect from a Square RPG and sets the scene perfectly. 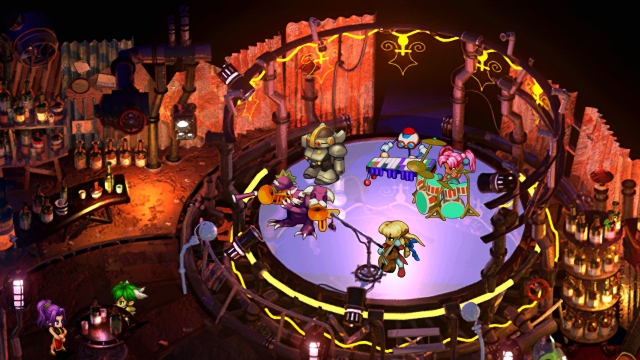 Graphically, this is a reasonable upgrade from the original release. The character models are now super high res and seem to have been redrawn from scratch, but many of the enemies look like they’ve been upscaled from original assets. Square Enix has already stated that some AI upscaling has been used and on occasion things look a little out of place. In some sections there are what look like 90s digitised sprites placed on top of ostensibly redrawn environments and it’s a little jarring when this occurs. Not enough to be off-putting, but it reminds you every now and then that this is a remaster and not a whole new game.

The important thing here though is how does it play? The SaGa series is a different kettle of fish to most JRPGs, with no XP or levelling. You gain new abilities from using the ones that you have, with new moves ‘glimmering’, which is to say that sometimes you’ll cast an attack, and suddenly learn and perform a different one. This means grinding isn't always necessary, but it’s still worthwhile in order to get the optimal combinations of skills. This is sadly not explained brilliantly by the game itself, and I found myself turning to the internet for answers either from forums or the original PlayStation manual (something which is noticeably absent in this package). Enemy design is great, with staples like skeletons and mythical beasts complemented by some downright bizarre beasties, like a rainbow trout with legs and a trident. Battles aren’t random like in many JRPGs, but instead are triggered by creatures that you approach or vice versa. The enemy type is indicated by what approaches you though, rather than the actual enemy that you’ll be fighting. So if you’re fighting a mech for example, the thing that you see in the world is usually a little wheeled thing, but the actual enemy you face could be an aerial attacker. It’s still better than just having everything go blurry and a fight starts though!

As well as a unique levelling technique, SaGa Frontier Remastered has a very unusual way of telling stories, whereby there are eight playable characters (up from seven in the 1997 release) and each of them are in the same world, but they are different stories. Where other RPGs might have you controlling different members of your party at different times to tell their stories, here you play as each character separately. You can recruit a number of playable characters into your party and you get a slight stat boost if you have already completed their storyline, but the overall world and story that you experience for the character you have currently chosen is unaffected. What you essentially have is eight different RPGs, each of which shares a world, mechanics and some characters, but each with a totally different story. This does mean that none of the stories are particularly in-depth, but it’s fascinating to see the same environments from different perspectives. If you’ve played Octopath Traveller, then it’s very similar (indeed that is said to be a spiritual successor to this game). 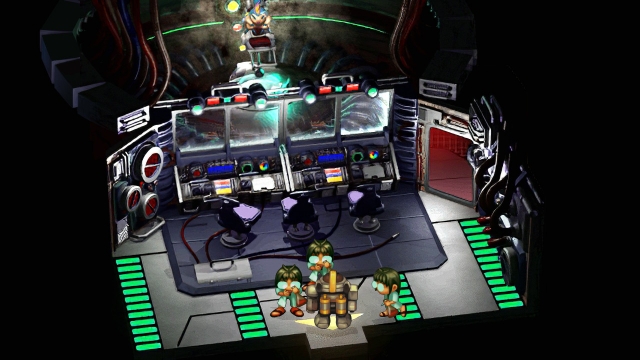 Unlike similar games, SaGa Frontier Remastered is very open-world in nature. Your main questline is set for you, but you can just ignore it and travel round the world looking for side quests and exploring if you prefer. Some locations are not used for the main story of every character so sometimes there’s little for you in a location, but the sense of freedom is something rarely seen in the genre even nowadays. The downside of course is that sometimes you’ll stumble into an area that’s a bit too tough for you, but this is limited by the enemies scaling with you as you level; another reason that grinding isn’t as necessary. Bosses and mini-bosses seem to scale a bit less than normal enemies though, which leads to some nigh-on vertical climbs in difficulty sometimes and these are very frustrating. In my playthrough I came across one area that needed skills I didn’t have so I skipped the mini-bosses in the location and was upset to learn later that I couldn’t return to that place again. As the stories are relatively short, this is only a minor annoyance, but if you’re an achievement hunter then you’ll be replaying a few parts most likely.

You have a number of resources to manage throughout, with the usual HP complimented by JP (essentially mana) and WP (which you spend on weapon and martial arts moves), but whilst HP and JP can be restored in dungeons, WP can’t unless you happen to have an incredibly rare item in your possession. The game never explains this and it led to me having to reload an earlier save at one point after killing what I thought was a final boss and having nothing strong left to cast on what was actually the final boss. You will learn a lot of this title by trial-and-error so I recommend taking advantage of the fact that there are 100 save slots! 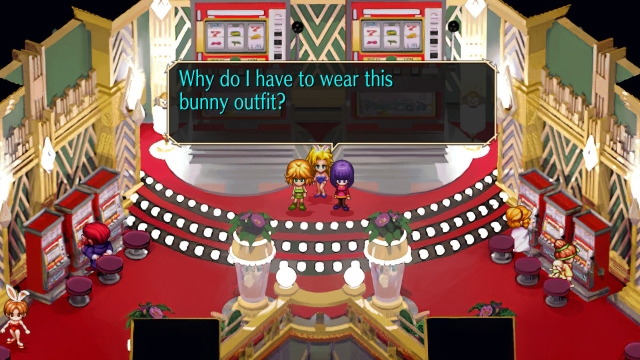 I mentioned earlier that there was new content, and a lot of this is quality of life improvements such as having exit points to a scene shown on screen now and the ability to throw away unnecessary items that can’t be sold. In addition though, there’s a soundtrack option and an art gallery, but what most fans will be looking for is the reintroduction of ideas that had to be cut from the original PlayStation version for space and time constraints. I mentioned Fuse earlier, and whilst he was a recruitable character in 1997 and was intended to be playable, his story wasn’t completed in time for release, although there were hints to it found in locations of the game and in unused assets found by data miners. Once you’ve completed the game as at least one other character you can play through as Fuse and see the story as it was originally intended. There are also a number of storyline elements added to other characters, most notably to Asellus’ story, where she was planned to have much more to do initially.

At the time of writing, I’ve sunk nearly a hundred hours into this game and it’s almost overtaken Stardew Valley as the most played game on my Switch within the space of a week. It’s safe to say that despite a bit of a challenging difficulty curve and some things that should have been explained better, this is a very addictive title. I’ve not had this much fun with an RPG in years and if you are a fan of the genre then I highly recommend it. Some of the game’s mechanics are poorly explained and the difficulty curve can be unforgiving. These can be overlooked when a game is just so well crafted and fun to play as this. A must for all RPG fans but have Google on standby. 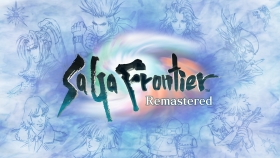