With the games originally being released on a console known as The Neo-Geo; one that I have never seen or heard of, this still left me in the dark about what to expect. Upon loading up the game (which took some time) I found myself asking numerous questions as to what I was about to embark on. "Would the game be any good?" was the most frequent one that popped into my head. The title menu appeared and I was presented with a choice, the choice to play one of the 6 games. As the anthology was created to celebrate the first game, I chose that one. Arcade mode was what I chose after another lengthy loading screen and the game began.

e world your enemy is from and the fight begins. The music and sound effects are rather good with an upbeat tone that keeps you engaged in combat throughout. As for the fighting, that's something to get used as you won't be used to the controls from the start. My advice? Practice, practice and practice. You can alter the controls personally through the menu screen, so it's best to fiddle around and try what feels best for you.

Different to other games, Samurai Showdown makes it so each character must be wielding a sword of some kind. All the basic moves for each character consist of slashes and kicks. These moves are broken up into strong, medium and weak attacks: the strong attacks being slower and the weak attacks being quicker. I like the fact they have implemented this as it shows that the game has its own personal attributes rather than being a simple beat ‘em up. As well as the simple moves, there are of course combos and special attacks which are fairly hard to do, but can be perfected with some practice.

The character control and movement within the game isn't bad at all. The controls and each of the animations are very fluid ensuring you get the best feeling when playing. You can use either the analogue stick or directional pad to move, jump and dodge depending on your preference. The jumping can be a bit of an issue when using the analogue stick as I found out, but once you get used to it, you will be kicking graphical behinds in no time. 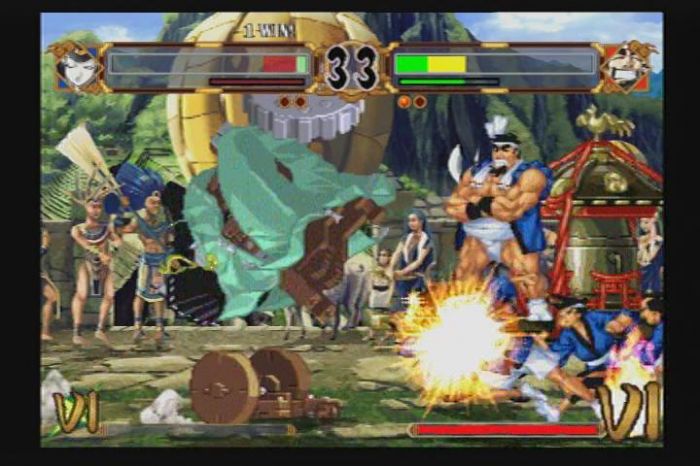 In the second game, SNK have thrown aside some of the ideas that were implemented in the first title. This is the case when progressing through all the games, each one being different from the last with some new ideas added, and some taken out. When choosing a character in the second game, there are no names underneath the icons. I found this very off-putting as the names were not exactly easy to remember. They haven't added any new characters, although I wouldn't be able to tell you them with the names not being shown. As well as no character changes, there isn't much of a difference in the controls when playing. Some of the specials have been switched around, but that is the only real noticeable difference.

I feel that I need to address one of the flaws in these games at this point: the grammar and translation is ridiculously bad. It's so bad, that it's laughable. Let me give you an example. In the second game, there is an opening cutscene which tries to give a small back story, but it is clear to see the person writing this originally was not used to English. Here is that small back story:

"Long long ago, there were a man who try to make his skill ultimate. Because of his bloody life it's no accident that he was involved in the troubles. Time has past since the last trouble. New battles are going to start now again."

I was amused after reading this, but surely someone could have had a quick proofread before bringing this classic to the treasured handheld. 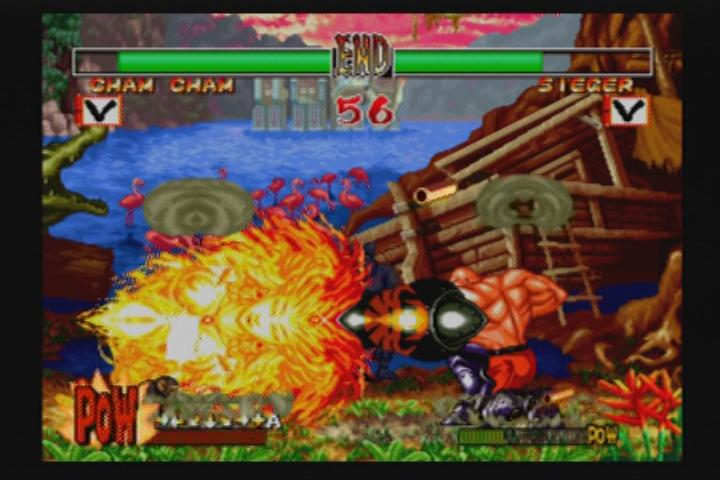 The third game has the same issue as the second with no names underneath the characters, but when selecting, you have a choice to choose 'Slash' or 'Bust'. The only noticeable difference was that the character's costume changed. Knowing that's surely not what it was, I checked the manual. Nothing, there wasn't a mention. After investigating, it seems that the differences are good and evil with some of the stances changing when in-game.

Another small change is the ability to change the difficulty level before the game begins. As ludicrous as it sounds, this is the first time this idea is put into place in the whole series. Some graphical improvements have been made with some animations added during special moves. The games as a whole are fantastic especially considering they were made up to 15 years ago, they really are up there with the best.

The fourth game plays differently to the first 3 and almost feels like another game entirely. The game is greatly improved in terms of the speed of play, and feels more like a fast action beat ‘em up than the usual slow tactical play. There are yet more graphical improvements and some new characters of which the names are unknown due to poor labelling. For some reason you now have 2 health bars instead of one, and you can also perform combos much more easily. Looking at the manual, there is a possible 15 button combo that can be done, but it would take ages to memorise as there is no pattern to the buttons pressed. The penultimate game goes back to the original single bar of health and is a cross between the fast action of number 4 and the precise play of the first 3. The balance is very good and feels like a good improvement in the series. No graphical changes are noticeable, some more characters are added and annoying sidekicks are present alongside over half of them during battle. In my eyes, this is the best of the 5 so far. It doesn't overdo it on the visual effects, and the moves are a lot easier to accomplish making it a lot nicer and a more fun game to play.

In every game of the anthology, you have a "Pow" meter at the bottom of the screen during battle. Depending on which game you play, each time you get hit or land a successful hit, the Pow bar increases. Once full, your character's attacks are quicker and stronger. In some of the games, when the bar is full, a certain button can be pressed to unleash a huge attack and take a considerable amount of health from them as well as some from yourself. This feature is something that sets it apart from the other games and with a lack of originality present a lot more these days, it's good to look back on the games that showed off their own special talents.

At the start if the final game, you are presented with a large breasted woman. I immediately thought this had the potential to be the best of the bunch and I wasn't completely wrong. The game has a ridiculous amount of characters and fits in well with the rest of the series. The sound effects are more realistic, though the loading times plague this version of the game just as much as the previous versions. The graphics seem to be a lot smoother but for some reason despite it being the most recent game, it won't play in widescreen. Each of the other games have to option to stretch it across the screen, but this is not the case in the last instalment. 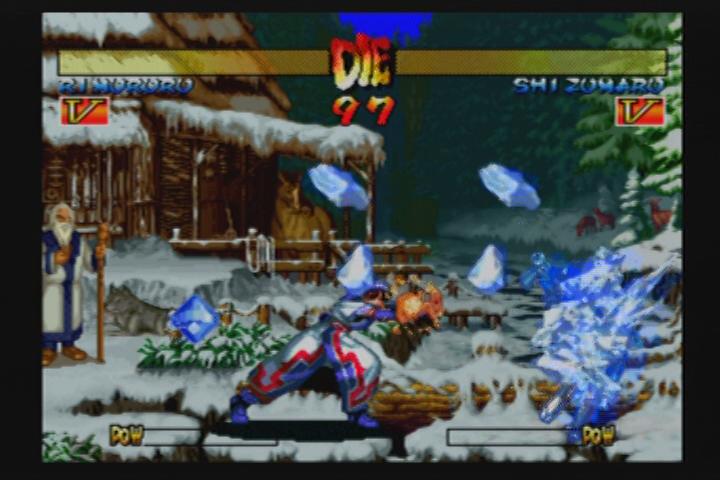 The most updated feature in this title is the fighting styles on offer. You can choose up to 6 different styles each with their own set of special moves for each character. If you work it out, that's a lot of programming. In some styles the "Pow" bar is present and fills up like normal, but in other the bar is replaced with special moves. Each of the different styles are based around the style of each of the different games. This is again another unique idea that works very well. You can also collect items throughout the game to increase health and power etc. This gives the game an even more arcade style feel and once again works very well.

So, my quest to discover the Samurai Showdown games is at an end and I can say I'm pleasantly surprised. I was optimistic at first and the issues the game had, such as poor grammar and some sloppy controls are made better as the series progressed. The overall Samurai Showdown package is fantastic. The game is priced the same as any other normal PSP game, but in this case you get six games in one. If you do end up getting this, be patient with it. The moves that you can master do take a while to get used to as the controls are a fiddlier on the PSP. I would personally recommend this game to anyone that loves a good beat ‘em up even though it hasn't had anywhere near the spotlight it should have done. 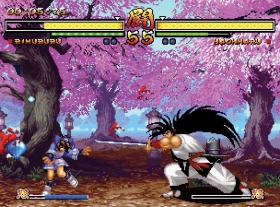