For those unfamiliar, SCP (Secure, Contain, Protect) is a collaborative writing project most notable for its collection of short stories in the form of an ever-growing wiki. Each individual story describes a single supernatural artifact and typically contains horror, paranormal, or fantasy elements. The SCP organization is similar to the FBI or any other top-secret government organization — their job is to secure and contain often dangerous artifacts, to protect the general public, and keep them unaware of their existence. The SCP universe has since expanded into videogames with several relatively small titles, SCP: Containment Breach, the heavily SCP-inspired Control (2019), and more recently, SCP: Secret Files.

Secret Files is structured as an anthology game, where the player can experience several completely unrelated SCP stories with distinct gameplay and art styles. These tales are pulled directly from the SCP wiki and expanded upon in the game. You’re dropped into the SCP universe as a newly-hired recruit, who is undergoing initial onboarding at the SCP Foundation. This overarching plot ties the individual stories together, as your job consists of reviewing completed mission logs from other agents. Most of Secret Files technically takes place through your character’s computer screen, as you’ll pop into different online trainings, chatrooms, and work applications. This whole setup adds a sense of strong realism to the game — something SCP stories are widely known for. 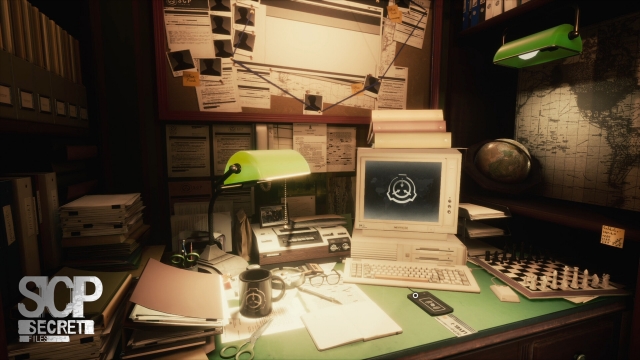 There are five total missions, each very narrative driven. They’re all borderline visual novels with occasional quick time events and puzzles sprinkled in. Though, I’m not sure pressing the same button repeatedly really counts as a quick time event. Don’t get fooled by some of the game’s marketing or the SCP theme — it’s nothing like Resident Evil or other popular horror games out there. Most of the game’s story is voice acted and reading the many lore items scattered around is completely optional. The voice acting isn’t the best out there, but it gets the job done.

Each mission has an entirely different feel from the next, and it reminded me of a horror anthology film like Creepshow. The stories are all quite unique and a couple have twist endings that I didn’t see coming, capping off the segments nicely. One chapter takes you into a literal children’s storybook, while another brings you into a power station where everyone was mysteriously murdered. I honestly wouldn’t be surprised if missions were developed by entirely separate and isolated teams. The overarching storyline about your onboarding at the SCP Foundation was the least interesting to me. It ends in a cliffhanger suggesting a sequel, but didn’t do much to deserve it, in part due to the game’s relatively short runtime at approximately five hours. I’d rush through those connecting sections eager to jump into the next SCP mission, since that’s where the best parts of the game are found. The charm of SCP artifacts is how seemingly innocent they can be. From an evil toaster to a cardboard box filled with origami dragons, there’s no shortage of interesting items. Also, you never really know what you’re in for until partially through each chapter, because they’re titled using a codename. For example (minor spoiler), SCP-3890 isn’t even an object, it’s an infinite desert. Secret Files also tackles themes around morality, since your character is forced to witness the brutal deaths of many unsuspecting test subjects. The Foundation says they’re doing what’s best for the human race, and you’ll need to make some choices based on this moral dilemma that slightly alter parts of the story.

The main downside of Secret Files is the lack of real gameplay. I’m sure many players will jump into this at least expecting the ability to explore and be disappointed. Areas are very small and most of your time is spent watching rather basic cutscenes. The game’s strength is its presentation of five distinct atmospheres that all get a supernatural feel across. You always feel something is just a bit off, even in some of the more lighthearted stories. 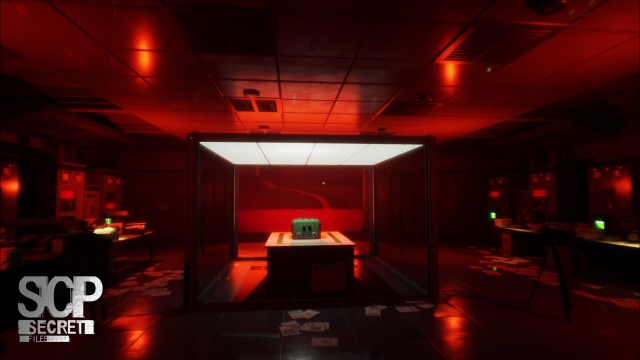 SCP: Secret Files is also a great entry point into the world of SCP, explaining the basic rules of the universe and closely following each artifact’s written source material. The game has something for everyone and I personally enjoyed each of the missions to varying degrees. I wish there was more interactivity, but it’s just not that type of game. With a shortage of mainstream SCP-based videogames, Secret Files is definitely a welcome addition.

SCP: Secret Files offers five distinct missions, each with a drastically different style. It doesn’t have a whole lot of interactivity, but does an impressive job of conveying an uneasy atmosphere in each unique chapter.