The game follows several groups of female ninja that all attend a festival for some reason. That is honestly the only bit of story I really understood or followed. Although, they all have a grandma and a grandpa as well. The various groups of ninja fight each other, because why not, and these fights result in them ending up naked.

Nudity is something you see a lot of here, and by a lot, I mean it pretty much makes up the entire backbone of the game. Everything you do, results in character’s jiggly bits filling the screen. The game plays out like some bizarre Keith Lemon otaku fantasy, in which everyone is hypersexual and every conversation revolves around sex. Surprisingly, there is actually some gameplay in between all the boobs and thigh gaps. 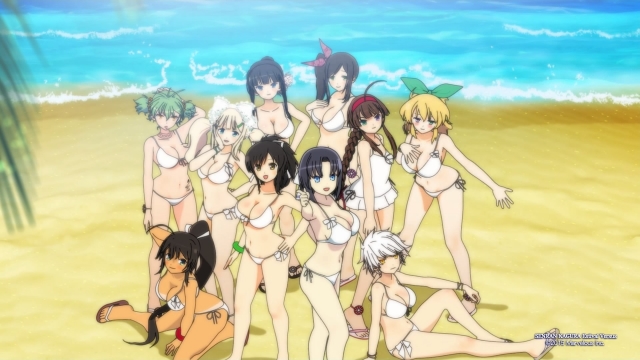 Senran Kagura Estival Versus plays similarly to Dynasty Warriors. It’s a mix of hack and slash combat, rapid movement and special moves, which keep things varied. Gameplay involves beating up all the enemies in a limited space, with bosses often appearing at the end of each level. This repeats for the entire game, the developers seem almost scared of trying anything other than the core fighting mechanic. This wouldn’t be an issue if the game wasn’t so long, after 5 hours of playing through the story, I found myself worn out by the repetitive gameplay.

For fans of the series, there sure is a lot of content on offer. Players can dress up their favourite characters, and put them in poses with different backgrounds. There’s also minigame in which you are able to grope the ladies until they give players the chance to kiss them. I never thought I’d write that in a review, but yeah, it’s a real thing than can be done. It also fits in with the one theme that Senran Kagura Estival Versus has, titillation.

You can take your battles online, the game features an arena like mode, that has other ninja alongside the generic AI enemies. I struggled to find any opponents during my time with the game, and just ended up fighting AI controlled Ninja. The multiplayer is a lot busier than the normal story mode, with countless enemies filling the screen, and three other human players running about; I was pleasantly surprised at how smooth the game still ran. 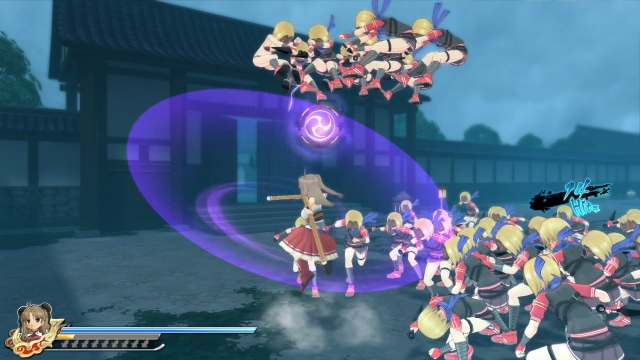 Senran Kagura Estival Versus also runs brilliantly outside of the multiplayer. It’s a game that really tries hard on the presentation front, and takes great pride in its visual assets; boob jokes aside, the game runs and looks great. It mimics TV anime while managing to make the visuals crisper and vibrant. It’s honestly one of the game's greatest strengths, and will please the long time fans of Senran Kagura immensely.

Senran Kagura Estival Versus isn’t a bad game at all, but it’s not particularly great either. The combat is competent but shallow, and never really improves;’ even though the number of moves and combos available increases. People who have never heard of the Senran Kagura series will likely find the games dedication to titillation to much of a deterrent. Fans of the series will be happy with the level of content on offer, and the general polish the title has. It’s one of the “breast” Senran Kagura games developed so far.

Senran Kagura Estival Versus is a game about boobs, there's a fairly competent fighting mechanic alongside this, but titillation always remains at the forefront. Fans of the series will be happy with the content on offer, but casual players will likely find the sexual themes a little bit too intense.

Does it have boobs?

I thought this review was going to go tits up, but you made the breast of a bad situation.