A group of three scientists — Amy Lim, Riyou Hayashi, and Ing-wen Lin — set out to a mysterious island named Sephonie to investigate it; not everything is as it seems, as Sephonie takes players on numerous trips.

I'd like to get this out of the way: Sephonie's story is weird. So weird, in fact, that I'm pretty sure I didn't understand half of what was happening. Despite loving the way the dialogue is written in some parts, it feels like a lot of it is presented through riddles that could easily go over your head, as it happened to me. I appreciated that the story seemed sweet, but it didn't charm me the way I hoped it would. The cutscenes feel uncomfortably written, with chunks of dialogue that clearly had underlying meanings that were lost on me. These feel a bit intrusive, as they can be quite long-winded and interrupt the gameplay flow. I wanted to mention this first to get it out of the way so that we may focus on more positive aspects.

Throughout your journey, you will link to the creatures on the isle using an ONYX link; this helps the scientists better understand the flora and fauna of Sephonie. To link, you'll have to play a Tetris-esque minigame in which you'll place blocks of varying colours and shapes to create "islands" that will increase your points. This, along with the platforming, works as the game's main form of gameplay, as you'll be linking to dozens of creatures throughout your adventure. 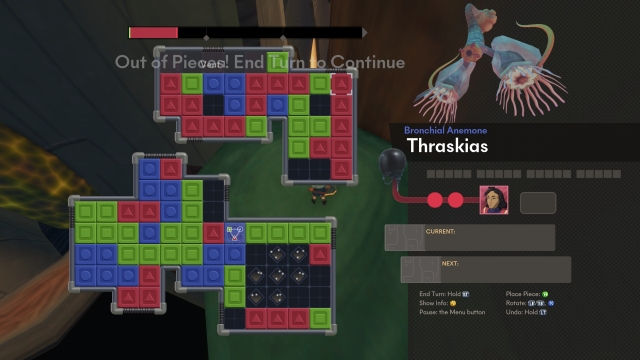 The linking process starts relatively simple to start with and slowly grows in complexity as you progress through the main story. New blocks appear that offer unique obstacles or power-ups intended to mix up the gameplay of each link; these spice up the difficulty but never make it unbearable. The harder levels become increasingly fun, as the complexity forces you to put a little extra effort into each link to succeed. That said, I never really failed, but even if I had gotten stuck, Sephonie offers players plenty of accessibility options to ensure you (and anyone interested) can finish the game.

Hiding in the menu, you'll find "ONYX Link Easy Mode", which not only makes the minigame easy, but it practically makes it obsolete, and that isn't a bad thing. The ONYX links are never arduous and never feel impossible, but for those that aren't as interested in the minigame (such as me), it is a perfect option to make your playthrough smoother.

Sephonie is filled with accessibility options such as this one, and that's one of the things that most charmed me about the game. Although the platforming isn't difficult — it's actually at a very enjoyable difficulty; though we'll get to that later — there are two options meant to make it incredibly easy: Infinite Dash and Infinite Jump. These can be toggled on and off at any point and make your run smooth, simple, and very enjoyable because you'll never have to deal with being frustratingly stuck in a level. 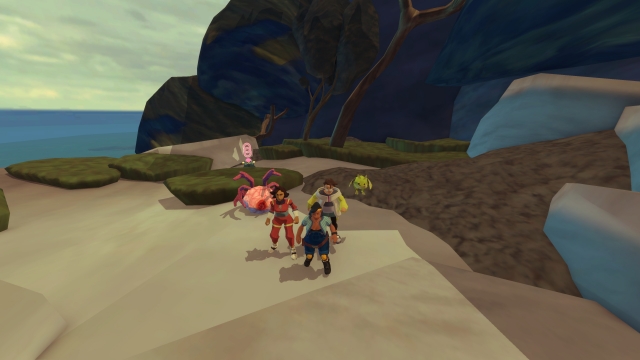 All that said, for me, Sephonie’s platforming gameplay was the most enjoyable aspect, and it was at a perfect difficulty where it was never too hard to pass. As you delve into Sephonie's caverns, you'll find the puzzle elements grow more complex; often, new mechanics are introduced and you're expected to understand what's happening hands-on. Stumbling upon a new platforming element was enjoyable, as I looked forward to learning how to bypass my newest obstacle.

To traverse these lands, you'll use the scientists' wall-running ability along with a dash that allows you to gain just a bit more height for particularly tricky jumps. Although these two worked as intended, they felt clunky and difficult to manage, making some of the puzzles a bit harder than they maybe should have been, but never frustratingly so. Mostly, I faced issues with the game's dash ability, as the system seemed a bit finicky, making the characters teleport uncomfortably and making me miss jumps, leading to my inevitable death. However, this never bothered me as death is not punishing in the slightest; falling returns you to your latest checkpoint, allowing you to jump straight into action once again and give the jump a try. These checkpoints are very abundant, and the game practically hands them out to you after every platforming challenge, stopping the game from feeling infuriating at any given point.

That's what's charming about Sephonie: the game is always trying to make the experience as enjoyable as it can be for you. Abundant checkpoints stopped the more difficult platforming challenges from being annoying; accessible settings offer a way out of any struggle, both ONYX link and platforming oriented; and the game overall gives you all the tools you'd want to experience it. 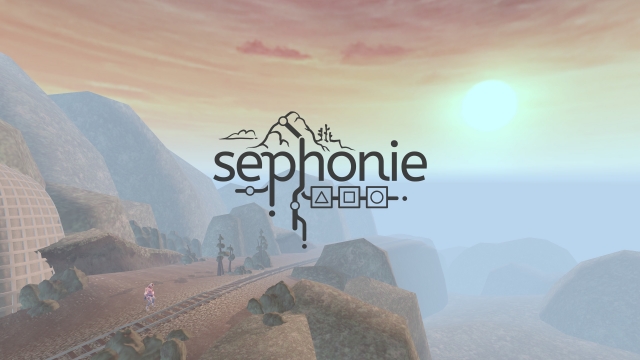 The visuals is something I wish had received more work, as Sephonie's environments feel quite dated for this day and age. The graphics feel almost reminiscent of the Nintendo 64 era, and not in a good way. That said, I wouldn't say that the game is hideous, though I do wish I'd liked the visuals a bit more, as the photo mode is one of the most in-depth I've experienced; it gives you full control of how many items to add, whether you want all of the scientists in the frame, and even how big they are.

Sephonie is an enjoyable title gameplay-wise, and although it is quite an exciting adventure to undertake, it is its only upside. Ugly graphics and uncomfortable story-telling that felt more riddle-filled than DARK SOULS bogged the experience. That said, Sephonie will be a good experience for any that like puzzle platforming, as it brings plenty of fun challenges to the table.

Sephonie is an enjoyable experience gameplay-wise, but every other element weighs down an otherwise great puzzle platforming experience.