Shenmue III picks up right where the previous game left off 18 years ago with Ryo and Shenhua looking for her missing father and having just located giant carvings of the series’ McGuffins, the dragon and phoenix mirrors. This intent to continue on as originally intended prevails throughout this third instalment but is it to its detriment? 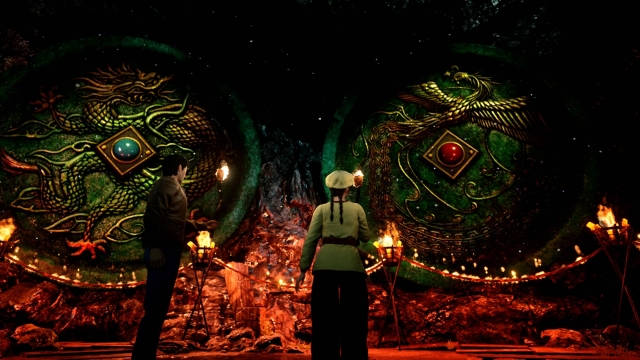 One of the first things that hits you are the visuals; the environments are downright stunning and being able to roam without loading screens thanks to modern streaming techniques makes just roaming around Baiju village and later, Niaowu, a lot less tedious than in the Dreamcast originals where areas were split into small chunks with a loading screen in-between. Character models haven’t fared quite as well as the environments with some odd clipping and animation weirdness but overall they look great.

Shenmue is essentially an adventure series where you hunt for clues, either physical items or conversations that push you on to the next thing you need to find. Exploration is often broken up with fight sequences almost as a reward for solving objectives. Shenmue III follows this formula to a tee, it’s essentially exactly how you’d expect a third part to have played if it came out in the early 2000s. 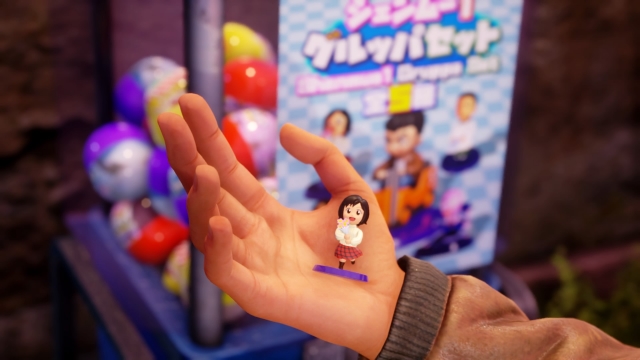 This is a bit of a double-edged sword. On the one hand this is exactly what fans of the series probably wanted and so much of the aesthetic and feel of the originals has been translated almost perfectly to this entry, which is a feat in its own right. But on the other hand, a lot of the systems in the game, from movement to conversation and combat feel like they could’ve had a quality of life tweak to feel and flow more naturally. Conversations especially suffer from being disjointed almost to the point of sounding like nonsense at times, with Ryo seemingly surprised at extremely obvious things being mentioned that happened to him just moments before.

Often this makes conversations a little confusing although it’s never so bad that you can’t get the gist of what you should be doing, especially as your journal gets updated extremely frequently. It’s one of those things that was just put down to bad localisation in the originals but it really shouldn’t be happening in 2019. 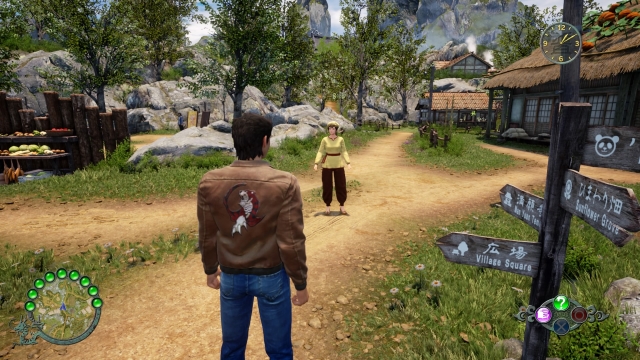 To fans of the series these things will probably still feel charming but they could well be off-putting to new players (although, new players should really start with the HD remasters of the first two games which will probably endear them to this games quirks as a bonus!). It’s clear that director Yu Suzuki intentionally kept the same design philosophy in place whilst creating this third entry and it’s admirable that he’s stuck to his guns and made the game his way.

There are a number of returning characters, with some being voiced by the original actors (notably Corey Marshall and Masaya Matsukaze return as Ryo’s English and Japanese voice respectively). The game also supports dual audio so you can play with the Japanese dub if the English voice work starts to make you cry. 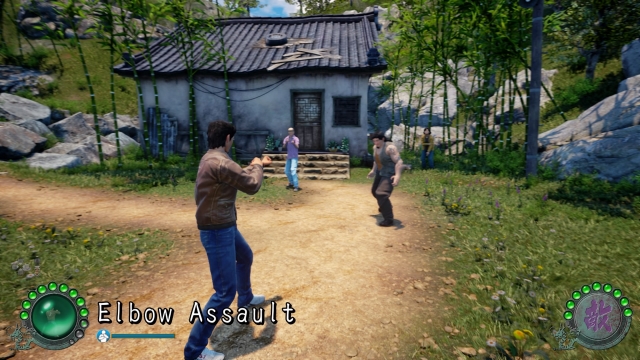 The game’s pace is extremely slow, much like the prior entries, you’ll explore and become quite familiar with the game’s locations and inhabitants as you talk, collect herbs and generally wait for events to unfold. Shenmue III does have combat although much like the original Shenmue you don’t see many fights during your initial time with the game, with them being used more as you progress into the latter half of the game.

Combat is very reminiscent of the Virtua Fighter-esque combat in the other games but it feels a lot looser and button mashy in comparison. It’s certainly not bad but it doesn’t feel as satisfying as it should. I never looked forward to combat here whereas it was always something I anticipated in the earlier games. 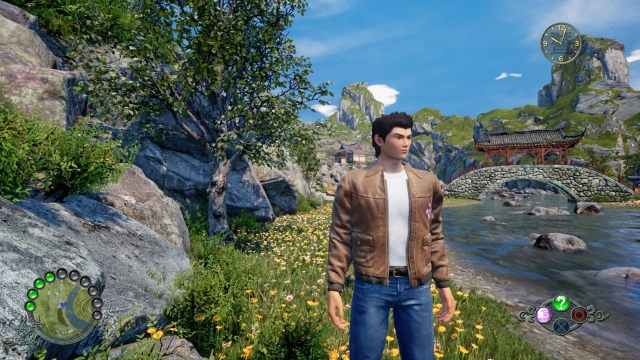 One thing the game does do, even with its slower pacing is dole out more information on the plot and characters. The original games were notorious for not really giving you much insight into the world or the bigger picture, which made sense from the perspective of you playing Ryo but didn’t really help the mystery elements of the series.

Without going into spoilers, Shenmue III finally gives out some concrete information about the series’ mirror McGuffins whilst expanding on characters from the series so far, giving you more in the way of motive and getting you more invested. As an aside, the Shenmue games are known for their inclusions of Yu Suzuki’s arcade games, with Space Harrier, OutRun and Hang On all getting nods via their inclusion in the original and its sequel. Sadly Shenmue III doesn’t carry on this tradition since Yu Suzuki is no longer part of Sega which is a shame. Most of the other original games from the series make an appearance though including Excite QTE and new original mechanical fare like Wacky Mole and Highway Star.

Shenmue III is a great return for the series with Yu Suzuki staying true to what he wants the series to be even almost 20 years later. For fans it’s great to be able to continue Ryo’s adventure in a way that feels true to what came before.That the team have managed to so completely nail the feel of a series that was in many ways a product of its time and to have it still stand as an enjoyable adventure game on its own merits is remarkable.

For all the little niggles that exist due to its relentless adherence to being Shenmue it’s easy to get drawn back into Ryo’s world and get lost looking in peoples drawers and cupboards and obsessing with everyone else’s routines as you try to find people to question. Its deliberate pace might be off-putting to some but for those who take to it you’ll realise why the series is so beloved.

A direct continuation of a classic series that acts like it’s still the early 2000s, for better or worse! For returning fans this is precisely what you wanted. It’s possible for newcomers to enjoy but you should probably play the originals first.

I'm glad it lived up to expectations, for the most part.

It definitely fills the Shenmue void in all our lives. I just hope we don't have to wait another 18 years for part 4!