The game’s story mode centers around the Skull Heart, a magical artifact with the power to grant its wielder a wish. However, if the wisher possesses an impure soul, the Skull Heart will corrupt and transform its wielder into a monstrous Skull Girl. The narrative follows the game’s gallery of fighters in their pursuit of the Skull Heart and its current Skull Girl thrall to either rid the world of the cursed item or to utilize the Hearts power for their own selfish or nefarious purposes.

Skullgirls 2nd Encore is a charming and mesmerizing fighting game featuring a cast of characters that are unique and memorable both visually and mechanically. The entire game exudes intricacy and care from the gorgeous hand-drawn character models (done nearly a decade before Cuphead popularized it) to the stellar soundtrack right down to the stylish and fluid menu design and character select screens. Even the loading icons glow with a handcrafted intricacy and flare. It’s clear from start to finish that so much love and care went into this game. 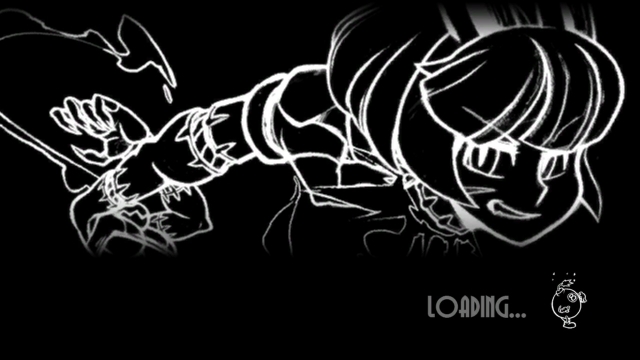 If the game wasn’t unique enough already, it also holds the distinction as the first Western-developed game to have its soundtrack arranged by a Japanese composer. Indeed, even if the gameplay and visuals were only half as wonderful as they are, Skullgirls soundtrack alone almost makes the game worth owning. Composer Michiru Yamane of Castelvania (and its recent quasi-successor Bloodstained) fame lends her talents to the game’s repertoire to craft a truly unique and memorable score that perfectly evokes the zany intensity of a sci-fi fantasy brawl.

According to Nintendo’s most recent financial reports, the Switch already holds the distinction as the home of the best-selling fighting game of all time in the form of Super Smash Bros. Ultimate. Indeed, the Switch’s button configuration, display and controller variants all seem to lend themselves perfectly to the fighting game genre. There is undoubtedly an audience on the Switch for such an iconic addition to the genres history as Skullgirls.

Granted, Skullgirls is already ported port of an updated rerelease, but in many ways that makes it all the more of a perfect fit for the Switch. With such a sprawling library of stellar indie and AAA ports, it seems as though the Switch has endeavored to become a haven for previous and current-generation titles that players may have missed out on or let fall by the wayside. Skullgirls stands at, or very near the apex of said titles. If you are a fan of fighting games in any capacity and you somehow missed the many iterations of Skullgirls over the past seven years, your time is now. You need this game in your library immediately. The game runs beautifully both in portable and docked mode and controls remain fluid and responsive whether you’re using single Joy-Cons, handheld mode or a pro-controller. Multiplayer matchmaking is jaw-droppingly seamless, especially for an indie title. Online play runs smoothly whether via a WiFi or Ethernet connection, a critical feature for a fighting game, where every frame counts. As an aside to those who own the game on other platforms, it should be noted that there is NO additional or exclusive content present on the Switch version of the game.

Skullgirls 2nd Encore’s ‘Switch encore’ is as well-deserved a reiteration as a game can hope to achieve, and once you’ve played it, you’ll understand why so many fans remain in the stadium, chanting loudly for a third.

As a fighting game, there is almost no aspect of Skullgirls Second Encore that isn’t an absolute joy to play, and the Switch's portability only enhances those qualities. Fans of fighting games will find so much to love in Skullgirls, but the game won’t create any zealous converts out of those who loathe the conventions of the fighting game genre.