Sonic and the Black Knight Review

The Sonic series on the next generation consoles really has not hit off, to say the least. The games have been slated time and time again by game reviewers saying that the games are nothing like the originals and have lost the spirit of the retro Sonic titles. Although this may be true, game developers need to be creating new ideas continue to advance the industry. In my eyes, they should only be doing this if the games are actually worth playing. So what do I think of Sonic and the Black Knight? The same as all reviewers before me. 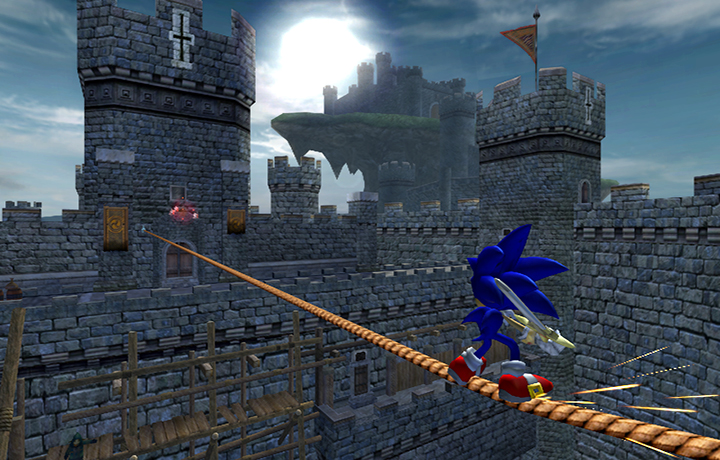 It wasn't too long ago that Sonic Team last brought out their last major Sonic title; Sonic: Unleashed. I have the game and have to say that it isn't too bad. The fast paced levels that you encounter throughout the game feel good to play. They bring back the essence of what Sonic is, racing around a level and reaching the goal as soon as possible. The thing that makes the game only "not too bad" are the Were-hog levels. They take out the fast paced action of Sonic and flip it on its head. This being the case, you would think they could change their ways and bring out a lightning quick game to suit all Sonic fans. Prepare to be disappointed. 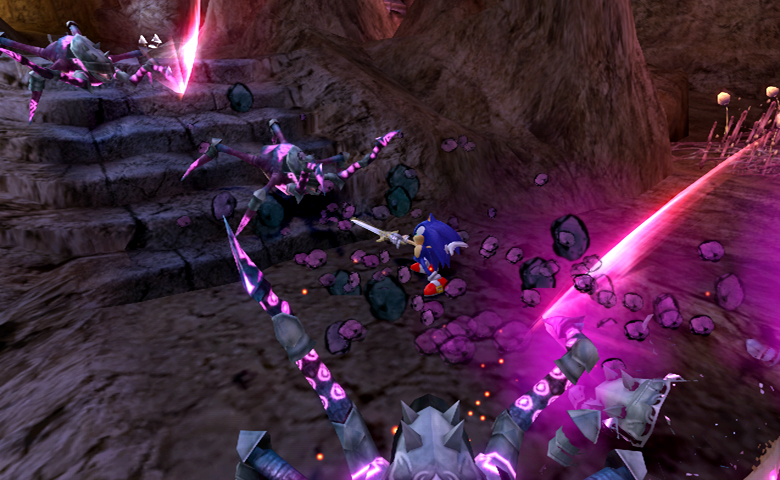 The title is on the Nintendo Wii only, which was a rather strange move in itself by Sega and Sonic Team as surely having the title on several platforms would enhance sales etc. The main storyline to the game is as follows: you play as Sonic (of course) in Camelot, where your main mission is to stop and defeat King Arthur. As ludicrous as this may sound, the story is that he has been given the sword Excalibur and has turned evil. All the power has gone to his head as he has become immortal. The only way to defeat the King, is to claim three other legendary swords wielded by 3 different Knights of the Round Table whom are also evil. Basically, the game revolves around a twisted version of the King Arthur legend.

As well as this strange twist, there is a couple more. To make sure this game wasn't 'Sonicy' enough for you, the makers had to have each of the series' characters a member of the legend's characters. For example, Amy is the Lady of the Lake and Knuckles is Sir Gawain. Following this theme, you wouldn't think anyone else would be King Arthur but Dr. Eggman. This isn't the case; King Arthur is King Arthur, that's it. I was dumbfounded when I found this out. 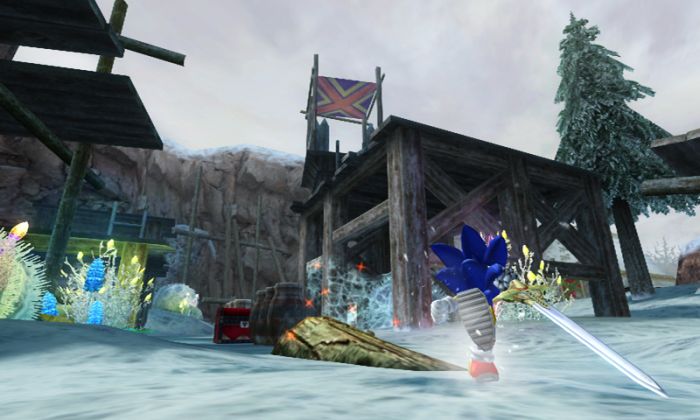 The game opening is actually quite stunning. I was gob smacked at how good the opening cut scene was, it really shows off some of the best graphical works. The opening cut scene however is where the goodness ends. For the rest of the game, you aren't treated with smooth 3D animations - instead you are given 2D pictures that move slightly as each of the characters speak. I was bitterly disappointed when I found out this was the case as I was hopeful from the opening. The graphics in the game are around average for a Wii game. They aren't anything special, but they aren't bad. There isn't any frame rate drops when playing so the team have found a good balance there. It's only worth having good graphics if the console can actually handle it. The controls are the main gripe I have. The game itself utilises the Wii motion controls to some extent but not fantastically. You swing the Wii remote to slice with your Sword, but there is no special technique to alter the moves. Further on in the game, you can use a powered move by jumping back, holding B and then slicing to dispatch an enemy quickly. This is all well and good, but isn't a move that keeps you flowing. Once used, you grind to a halt, which is stupidly frustrating when trying to get though a level at speed.

Poor movement is something that bugs this game throughout. When running at speed, you can move about across the map quite freely from left to right etc., but once you tap back the slightest bit you grind to a stop having to re-build up your speed once again, which takes a long time as Sonic walks for a while before starting to run. Another thing I found rather strange was the fact that Sonic will not face the camera. After stopping, and wanting to walk back and grab a couple coins, you simply just walk backwards until you reach the desired point. When you have stopped and are trying to walk into some coins or boxes that have potential coins within it takes forever. I can't exaggerate how poor these controls are. If you want to strafe into a box or coin, it's like having to push a boulder along with you just to reach the side where the coin is. 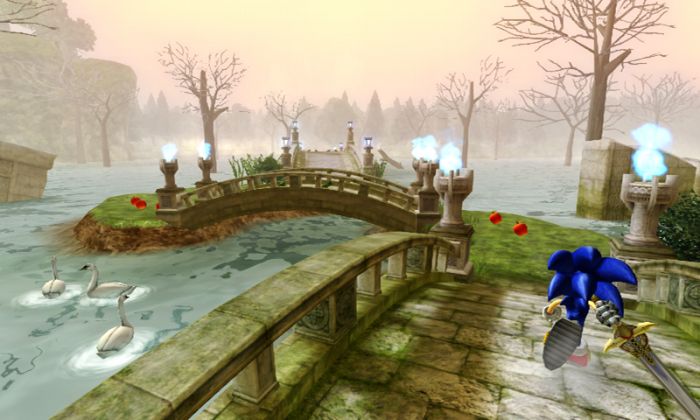 "Could this game get any worse?" I hear you cry. Well yes actually, it took me 2 hours to complete. 2 measly hours. That includes me writing notes, checking out all the game modes and completing the entire storyline in depth. Surely the game could last just a bit longer? Sega have tried to increase the longevity of the game by providing collectables you can obtain whilst running through the levels and defeating enemies but it's not as simple as just picking them up and getting them. You have to reveal each item using 'I.D. Points' of which you have a certain limit for each level completion. It's a stupid idea as you can waste time spending points on items you already have. Most of the items are 100% pointless and are there simply for bragging rights, but some can be wielded to enhance your game such as starting off with 5 rings at the beginning of each level. 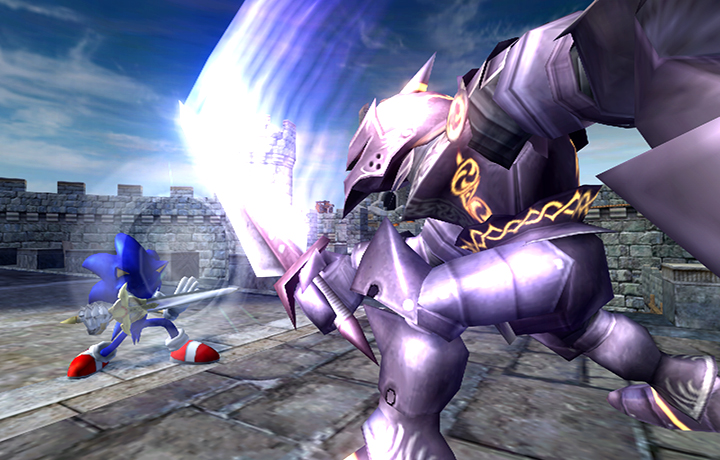 As well as the main storyline, you can play time trials to compete against people online. As you continue through the main story, you unlock more of these to attempt to reach the top of the leaderboards. A multiplayer battle mode is available, but isn't online. You fight using close combat moves in a general free-for-all battle to thrash your mates as you see fit.

The only likeable part of this game is the music. Although repetitive at times, the music is well made and very cool to listen to. You can unlock and check out some other tracks in the gallery and they are all rather good. This is something that Sonic has never got wrong, how good the soundtracks are, but sadly, it seems this is the only thing they didn't get wrong on this attempt.

I started off playing this game with a clear mind. I emptied all the thoughts I had of all the previous next gen Sonic games and went on to play this. Although I did all this, it was a waste of time. This game should not have been made and with it being only a couple months since Sonic last game, this could only be seen as a rush to be released for no reason whatsoever. Maybe, one day Sonic Team and Sega will get things right, but they certainly haven't done here.

Sonic and the Black Knight (Reviewed on Nintendo Wii)

The Sonic series on the next generation consoles really has not hit off, to say the least. The games have been slated time and time again by game reviewers saying that the games are nothing like the originals and have lost the spirit of the retro Sonic titles. Although this may be true, game developers need to be creating new ideas continue to advance the industry. In my eyes, they should only be doing this if the games are actually worth playing. So what do I think of Sonic and the Black Knight? The same as all reviewers before me. 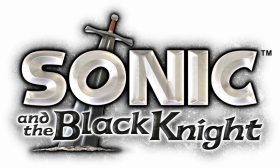 Sonic and the Black Knight