Sonic is back in a new game genre we haven’t seen him in before! Sonic Frontiers is an open-world style game with a great orchestral soundtrack, huge amount of exploration, and enemies to fight. There are five Starfall Islands to explore with puzzles to solve, and tasks to complete, with a large Titan boss to fight before you can proceed to the next island. As you progress, you will learn the backstory of an extinct race of creatures called Kocos while you meet up with other characters from the Sonic franchise, like Amy, Knuckles, and Tails. Dr. Robotnik is not the only enemy here in this world, we meet a new enemy named Sage who is working for him. It takes a very long time to figure out her story and why she is teaming up with Robotnik. 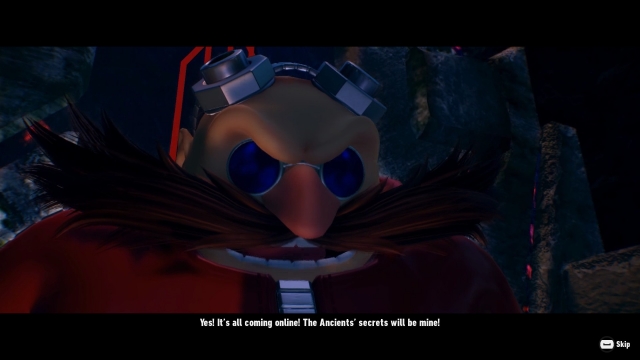 Sonic has learned some new tricks to use while he is stuck in this new world; one of the most fun and useful is the Cyloop. This ability lets you draw a circle around your enemies, doing extra damage and helping knock down their health. I used this ability every time I came across enemies —  it was an easy way to damage the whole group all at once. Cyloop is also useful if you draw circles in open areas as it will expose hidden rings and other power-ups that will make Sonic stronger. I spent a lot of time just running in circles to replenish my supply of rings and health. There is a map of each island that at the beginning only reveals a small section. To expose more, you will need to solve simple puzzles that usually have you collecting items within a time limit or defeating enemies. Once complete, you will see new areas shown on the map. The world is full of rails to ride, which is a lot of fun at first. After you have been wandering in an area for a long period of time, it gets a bit frustrating to get to exactly where you are going with these crazy rails that are looping around the whole island — especially if you miss your jump and fall. 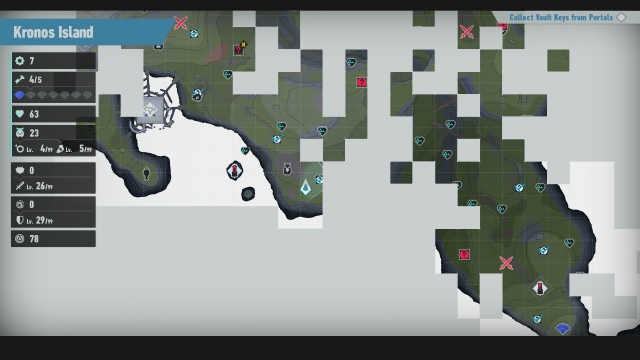 This wouldn’t be an open-world game without a chance to go fishing; it feels like lately, every game needs to have a section where you catch fish. You spend the purple coins that you find on the island for a chance to borrow a fishing rod from Big the Cat to try your luck. The cool thing in Sonic Frontiers is you won’t only catch fish but also odd items like tin cans, springs, switches, chests, and tires. Each item that you reel in is worth a different number of tokens or gold cards. These can be redeemed with Big for various items that are incredibly useful in the game, like vault keys and items to power Sonic up. Fishing was easier than running around trying to find the keys required to open the vaults to get the Chaos Emeralds scattered around the island. There are sections in this world that take place in Cyber Space. To unlock these, you will need to find gear first. Once open, these are completely different from what you have experienced in the open world. You will be teleported to traditional linear levels that look like they are from previous Sonic titles. They require you to race against the clock, collecting as many rings as possible before you get to the goal line. These are quite challenging, and as soon as you finish, you will be given a score depending on factors like how many rings and red coins you collected and the time it took to get to the goal. If you aren’t happy with your grade, you can rechallenge it and try to improve your score, or if you want to return to the island, you can just go back. One of the main things that I didn’t feel was great in Frontiers was the combat. You do have combos that you can perform to do big attacks, but it felt like all I was doing was mashing buttons as fast as I could. There is even an ability you can learn that automatically does combos for you in battle, so you don’t have to worry about figuring out what to use. There's one enemy you fight that is like a flying dragon with a rainbow track flying behind him. You have to get onto the track and attack the head, it was surprisingly hard to get onto in the first place, and once you go after the head, it’s quite strong and is constantly shooting at you. I was quite disappointed at the reward I got for defeating this enemy. It was the same as fighting a small enemy that takes 10 seconds to beat, so it definitely did not feel balanced. 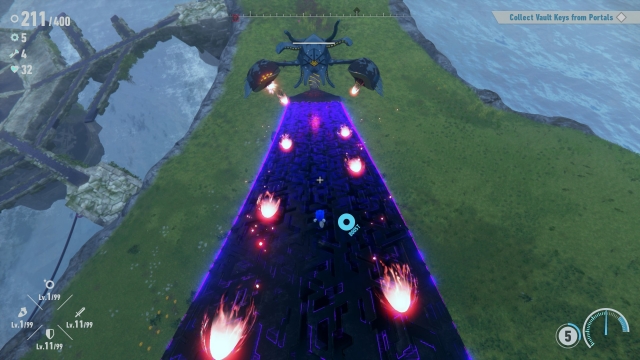 Sonic Frontiers is a beautiful-looking game with hills, valleys, and waterfalls around the island to explore. Each of the islands has its own theme, and it was neat to discover a whole new environment that was totally different from the island before it. The islands each have a different variety of enemies to defeat, so it was nice to have a change. The game changes from day to night with puzzles that can only be solved during the night alongside the falling stars that you gather to play a round of slots to win rewards. One thing that was a bit jarring was when enemies would pop into your screen out of nowhere. At first glance it looks like there is no one around you, then all of a sudden, they are right in your face. 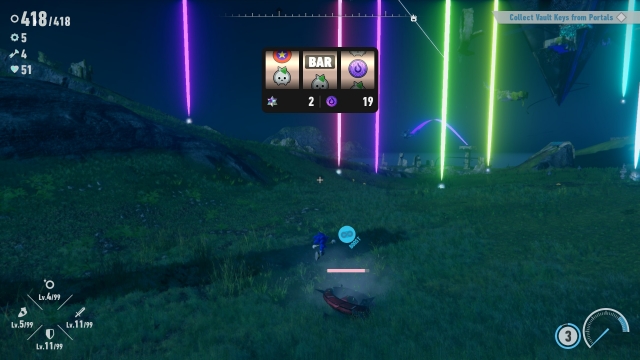 To power Sonic up you have to collect items like Kocos. These are the little lost creatures that you take back to one of the Elders to exchange for increases in Sonic’s speed or increase the amount of rings/health you can carry. Though each level for the rings only adds an extra six rings to the total amount, so it doesn’t seem like it makes a very big difference. When you defeat enemies or find skill points hidden in the grass or boxes you increase your skill level to learn new moves or abilities. Overall, Sonic Frontiers is a really cool experiment for the Sonic franchise. It did a lot of things different that normally you wouldn’t see in a Sonic title, though some were more successful than others. I did find that the game wasn’t always clear on where I was supposed to be headed next so I spent a lot of time just wandering and making Cyloops in the grass to collect items. Even with all the robotic enemies around to fight and the Kocos to save, this huge open world felt lonely and sad. Though I feel that people who play many open-world titles will enjoy this addition to the series, it is worth the time to check out with its beautiful world and great soundtrack. 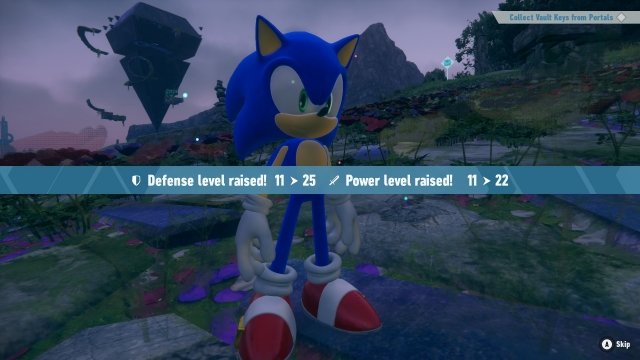 Sonic Frontiers is a unique addition to the franchise that is really different compared to any of the Sonic titles before it. The game looks and sounds great, but has a couple areas that felt a little rough like the combat and controls in the Cyber Space challenges.

It doesn't really feel "Sonic" to me, though I have been enjoying it for the most part.

I think the cyberspace levels are from Sonic Generations, if I'm not mistaken.

Ya it definitely didn't feel like a Sonic title, I think I spent more time doing Cyloops than anything!