Sonic is back, and this time with his friends Tails and Knuckles to take on four classic games that originally were released on the Sega Mega Drive — also known as the Sega Genesis — and the Mega-CD — also known as the Sega CD. This time around, players can select any of the three characters to play as for any of the titles in this collection; Sonic the Hedgehog, Sonic the Hedgehog 2, Sonic CD, and Sonic the Hedgehog 3 & Knuckles. All the titles have the classic 4:3 aspect ratio like they did when they were released years ago, but no CRT filter to give it that old-school look; but there is also a new Anniversary mode that has a 16:9 ratio to fit better on modern screens. This change is a welcome addition as it not only looks nice — no big black bars — but you can see further ahead and behind your character. Once you play it like this, it would be hard to return to the original 4:3. 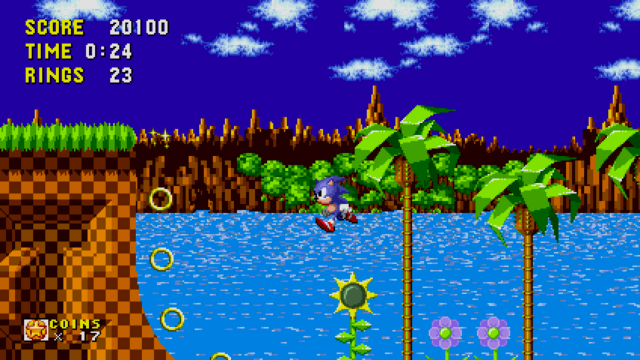 Each game in the collection can be played in either Anniversary or Classic mode. Anniversary mode isn’t just the support for a 16:9 display; it also gives the player infinite lives so you won’t be getting game overs and having to start back at the beginning. Still, even with this addition, this collection is very challenging, especially if you are a newbie to the series. There is no rewinding time or save states so you will be stuck relying on checkpoints like in the original games. It seems odd that Sonic Origins neglected to include some of the other classic Sonic titles like Sonic Spinball, Sonic 3D Blast, or Knuckles Chaotix — especially since this collection was released to commemorate the 31st anniversary of the Sonic franchise. There is a museum here with artwork and music, but to view most of the items, you must collect coins while playing the games. The images gallery has some neat additions, like viewing the manuals for each of the four titles and flipping through the pages. The music gallery lets you listen to some of the music from the original games — not the tracks that Michael Jackson reportedly worked on for Sonic 3 though, as they have been replaced. If you are looking for the remastered tracks you will have to purchase the Classic Music Pack DLC for £3.29 or $5 US. That’s not the only DLC that Sonic Origins has; for another £3.29, you can purchase the Premium Fun Pack. This includes letterbox backgrounds, new character animations, and harder challenge missions. Sonic Origins looks really nice as it was recreated from the ground up to look like the originals, not just emulated like some other game collections. It was nice having the choice of character to use in each title, though you can't switch to someone else whenever you want in a playthrough. You are stuck playing as that character until you start another save file. It would have been cool if you could switch at the beginning of every stage because Sonic’s speed is very beneficial for some stages, and others would benefit by using Knuckles and his swimming ability. These games are quite hard, especially for someone who is used to having their progress automatically saved so they don’t have to do a lot of backtracking. It definitely helps that you have unlimited lives in Anniversary mode but I found some of the sections quite tricky and I was stuck going back to the last checkpoint every time. It would be nice to have a setting in the options to lower the difficulty by having it that when you get hit you don’t lose all of your rings, or at least when you start back at that point you have all the rings you had when you originally got there. It’s tricky to make progress when you don’t even have one ring! 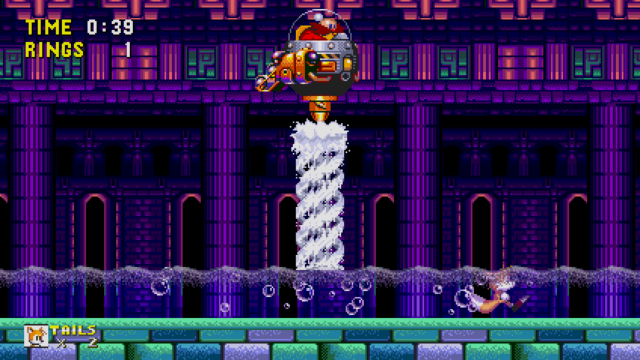 Sonic Origins includes a Mission Mode that has two options: Story Mode lets you play through the games as one continuous story experience, or you can complete challenges in Mission Mode — why it’s called the same thing I’m not sure, Challenge Mode might have made more sense — that will reward you coins depending on your rank determined by how fast you complete them. These missions take place in stages that you know from the games, like Scrap Brain Zone Act 2, and you will try to defeat five Caterkillars and reach the goal as fast as you can. Each of the four titles has 15 different challenges that will keep you busy for a while and will let you unlock new items in the Museum, and coins are also used to retry the bonus stages where you get Chaos Emeralds. If you want to see the actual ending of the collection you have to get those Emeralds or else all you see is a screen asking you to “Try Again” so you will definitely want to keep those coins! If you decide that you want to check out Sonic Origins with a friend, you can play all the games from the collection co-op with a friend except for the first Sonic the Hedgehog. A word of warning; chances are poor Tails will be getting dragged behind on the screen because the screen stays centred on Sonic. There are also more mini-games, like having you race to find out who can finish five laps the fastest, or try out the Blue Sphere Bonus Game Grand Prix Race. 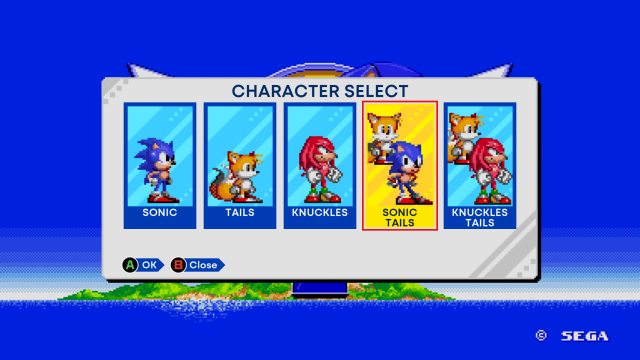 Sonic Origins is a fun collection, especially since all the titles individually have been delisted on Steam, which is really a shame because of all the great stuff created with Steam Workshop by players; check this article out to learn more. It feels like they could have done more with this collection, or at least had an option for difficulty or the addition of save points so you didn’t always need to return to the last checkpoint. The animations are cool and playing in 16:9 was great, it was nice to be able to see further in front of you so you knew what obstacles lay ahead. If you are looking for an old-school level of challenge, and want to play the classic games updated to look great on your TV, Sonic Origins fits the bill, but boo for the additional DLC for stuff that should have been included or available to unlock by playing, not paying. Though I did love being able to play as any of the three characters in games that they weren’t even in before! Sonic Origins looks and sounds great, but doesn’t add extra perks like the ability to rewind or save states that would help lower the difficulty. The ability to play as Sonic, Tails, or Knuckles in each of the games is a nice touch.

The Death of Sonic Modding 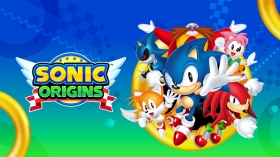