Space Ops VR sets the premise of you taking part as an elite soldier that will be sent out to rid the Earth of alien invaders in order to save the planet. The core of the game has you being put through predefined training scenarios to prepare you for the blight you’re about to face, running as a series of gauntlet battles and objectives, gated off into multiple sections per level. Complete the objective in one section, and move on to the next. You’ll also be racing against someone else at the same time, to get to the end of the gauntlet first. 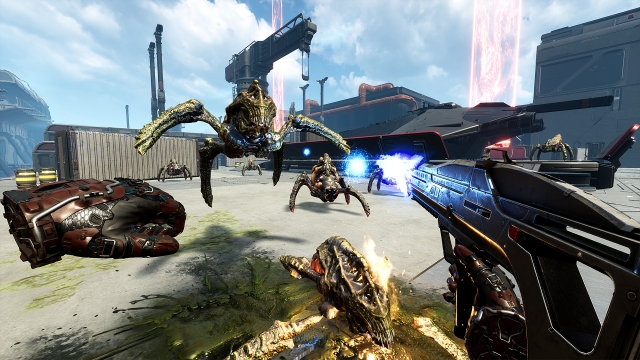 And therein lies the major elephant in the room. VR titles - at the moment - are still represented by a very niche subset of all gamers that are out there. Even the most popular VR titles at present seem to average a concurrent player count of ~ 1,000 people. In contrast to the 500,000 playing one of the most popular shooters going, it’s an uphill battle for any developer to launch a multiplayer-only VR game. This meant that trying to find other people to play against in the gauntlet was met with lengthy wait times, and playing against ghosts of other players more often than not. But the fact that having ghosts as an option is testament to the developers knowing that they may have a smaller player base starting out. It may benefit to have ghosts with set time limits as selectable options, so you can really challenge yourself.

There’s also a lot of active development of the game going on. Since I started playing Space Ops VR, the in-game tutorial went from being non-existent (and leaving me confused at the boss) to being a fully fledged set of gauntlets in it’s own right. There’s also news that there’s a more fleshed out single-player aspect in the works, so developer DevCubeStudio seem to have their finger on the pulse in that regard. 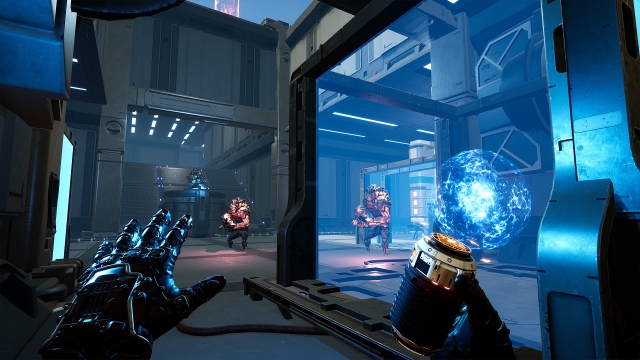 Graphically, the game looks great, with lush foliage filled environments and well modelled enemies with just enough variance in attacks to keep you on your toes. Weapons feel suitably damaging and their alternative firing modes mean that you’re kept on edge to ensure you’re offing enemies with suitable aplomb. And while I would mention that I’d have liked a more interactive method of reloading your guns from the “tilt them upward” that it is presently, I happen to know it’s being worked on and will be coming in a future update.

Locomotion options are plentiful, with teleportation and movement by joystick available, rotation by snapped degrees or free flowing, and you can customise the level of vignetting that happens when you move to help combat the nausea that can be attributed to fast motion in games like this. Overall, with a bit of tweaking, this game did not affect myself with regards to motion sickness. 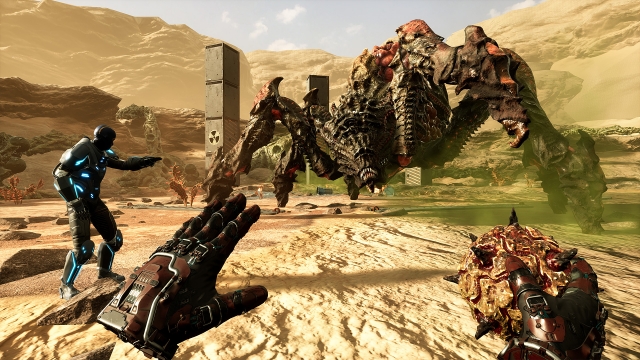 Overall, the game has an interesting premise with solid mechanics to back it up. If DevCubeStudios can keep improving it as they already have in the duration of reviewing, then they could be onto something of a hit. At worst, they’ll have garnered some great knowledge for any potential future titles they may produce.

A fun VR title, only really marred by the relative niche status of virtual reality at present meaning player counts are low. A renewed single-player aspect of the game and the continued updates could mean this becomes one of VR’s sleeper hits.