Almost for as long as there have been videogames, there have been Star Wars videogames. Some, like Knights of the Old Republic, have been phenomenal; others, like Kinect Star Wars, have been…not so phenomenal. Often placed in the former category is 2005’s squad-based tactical(ish) shooter Star Wars: Republic Commando. Now, 16 years after its initial release, and for no discernible reason, it has been re-released on the Switch. While the game’s quality and high reputation still shines through, it is, unfortunately, far from the definitive version of the game.

Let it be known right here at the top that this isn’t a remake, remaster or anything of the sort. This version of Republic Commando released in 2021 for the Switch is nearly identical to the one you might have played in 2005 on the original Xbox, albeit with the potential for portability working in its favour. Whether some resolutions have been tweaked or mechanics adjusted slightly I can’t say. For all intents and purposes, though, this is an Xbox game ported straight to the Switch, and what an Xbox game it is. 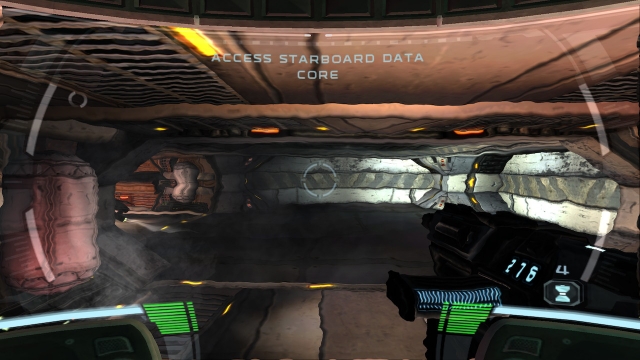 The action centres around Delta Squad—no, not the meathead Gears crew—a four-person team of highly-trained clone troopers whose capabilities far exceed any regular clones. Each of the four has a different speciality and, surprisingly, a distinct personality. There’s Boss, the leader and player character; Sev, the bloodthirsty sniper; Scorch, the quick-witted demolitions expert; and Fixer, the (mostly) by-the-book technician. Throughout the game, the squad is thrust into a handful of campaigns scattered throughout the Clone Wars, in which they will ultimately play a pivotal role. From the first battles on Geonosis to the weary final skirmishes on Wookie home planet Kashyyyk, players will fight through countless droids and alien combatants as they complete their objectives, helping to turn the tide of those significant Clone Wars battles. 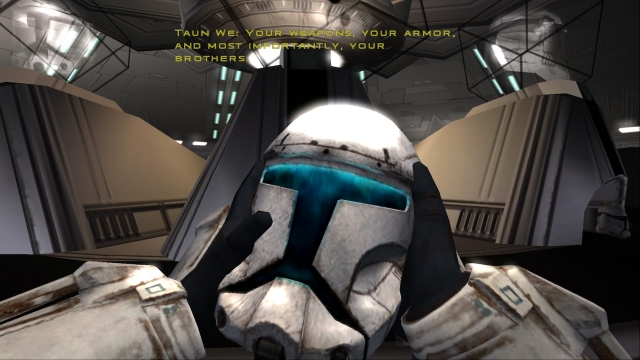 The action blends traditional corridor first-person shooting with light squad-based mechanics. As their leader, players can order their three squadmates around, having them operate turrets, take up sniping positions, attack specific enemies, demolish obstacles and more. Each member, including the player, has their own health bar; if it’s depleted, they’ll need to be revived. While these squad mechanics don’t exactly reach simulation-levels of complexity, they are incredibly useful. Delta Squad may be well-trained, but they’re still regular flesh and blood, meaning they go down easily. If a player expects to survive through the game, particularly the later stages, without making use of their squad’s abilities, they’re in for a nasty surprise.

Just as important as adding depth to the gameplay, the squad itself adds depth to the game’s sense of character. Delta Squad aren’t afraid to pipe up during missions, taking lighthearted jabs at each other, their surroundings and the often dire circumstances they find themselves in. It’s this sense of personality shared by each of the four leads which gives the game life; it makes the story a joy to play through, even by today’s standards. 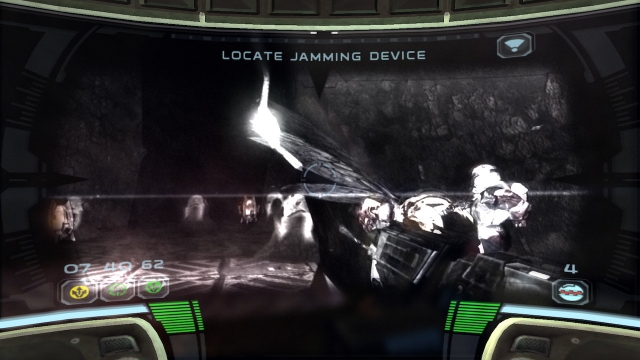 The game never stops introducing new weapons to play with. Throughout its eight-hour campaign, the squad will blow enemy forces away with automatic blasters, sniper rifles, grenade launchers, shotguns, bowcasters, miniguns and more. While the shooting mechanics themselves might seem a little archaic when compared to modern equivalents, they’re far from unpleasant. In fact, the slightly lengthy time-to-kill for most of the weapons helps highlight how overwhelmed Delta Squad are. To struggle against a Super Battle Droid, who the average Jedi could tear through like Play-Doh, ultimately grounds the Star Wars universe, making Republic Commando a more compelling experience than it would have been otherwise. 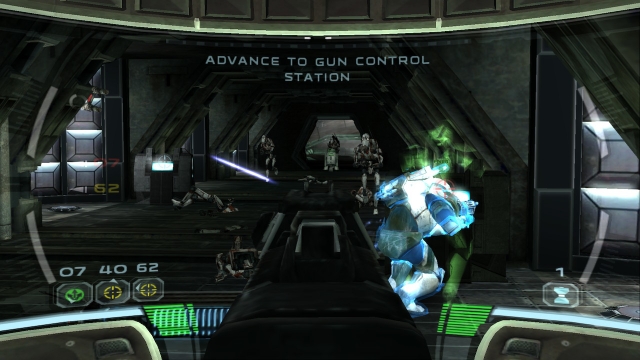 For as good as Republic Commando is, its dreadful performance on the Switch is one shortcoming which cannot be overlooked. Whether in handheld or docked mode, the framerate regularly dips down to experience-hampering levels, making aiming harder and leading to unwarranted deaths. This alone would have been a nuisance, but when the action gets intense, the framerate dives even further to a near-unplayable crawl. There were a handful of times in my playthrough where the frame rate was so abysmal I had no choice but to just blindly shoot and put my fate in the hands of Delta Squad’s AI. Thankfully, they came through for me, but they shouldn’t have had to. No game should be released with frame rate issues like this.

Re-releases like this serve an important purpose in gaming. Of course they exist to make money, as all commercial products do, but they also help current and future generations access the games of years past. As I see it, that’s the primary purpose of this re-release. It’s not a remaster, nor a remake; it is a straight-up port of the original game from 16 years ago. Except it isn’t: Republic Commando on Switch offers a compromised experience, objectively worse than the original due to its frame rate issues. 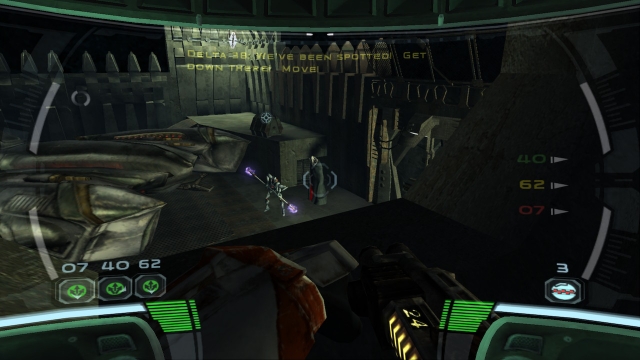 Make no mistake, Star Wars: Republic Commando is an excellent game, and I say that as someone who never played the original. Still, this is possibly the worst place to play it. If you’re hankering to relive the exploits of Delta Squad and don't have access to the recently released PlayStation 4 version, then you can still enjoy this port, but it won't be a smooth experience.

Star Wars: Republic Commando on Switch is the worst way to play an outstanding and incredibly likeable game.