I don’t know where to start with Starfighter Origins other than the fact it left me disappointed. Set on capturing the feel of 90’s style space combat simulators you would hope for some amazing moments and solid systems. Sadly though the title fails in all those respects and ends up being a game full of frustration and issues.

The game has a number of different modes including a story mode, trial mode and an number of training missions . All of these control the same it’s just that the objectives and pacing of each mode is different. You find yourself taking control of a number of different spacecraft and undertaking a range of missions. From escorting supply ships to having dogfights in asteroid belts. Starfighter Origins puts the player in a number of situations but sadly the enjoyment is short-lived.

The core gameplay controls within the game allow you to fly your ship with a number of movement options available. You can upgrade your ships throughout the campaign and have these carry over to the other game modes which is a nice addition. Keeping in the style of other space flight simulator titles you are always able to look around freely of the ship's heading helping for better situational awareness. The actual act of flying through space is fun but due to some of design choices it can be hard to master the ships and use them effectively. For example, engaging in combat was by far one of the most boring elements of Starfighter Origins. 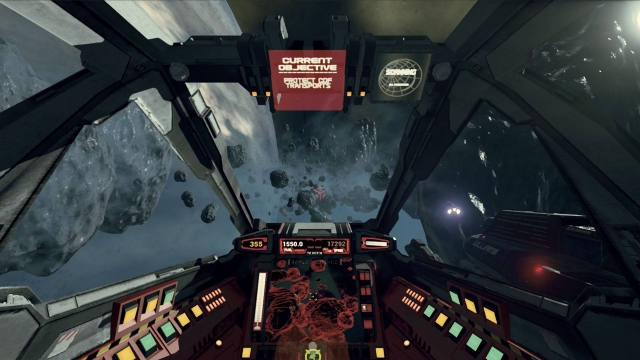 What makes it feel so disappointing is the speed and control of the ships themselves. You see, when engaging in a dogfight in space you would hope for tight turning circles, effective locking onto enemy ships and the option to change your controls. Sadly, all of these are not as they should be. For one, the options available to change and adjust your controls are just awful with hardly any options present. As for the handling of the ships, they never feel as responsive as they should and most of the time you find yourself struggling to make even the most basic of movements.

I can’t even think of anything positive to say about the menus and interfaces within Starfighter Origins. For a start, there are two different menu screens. One for the main menu and another for inflight use. Why these are different and poorly designed is beyond me. The main menu feels unfinished and some of the settings I’m not even sure worked. It’s a shame because the first interaction you have with the game is the menu and right off the bat you feel a sense of concern for the quality.

Touching on the presentation of the title it is clear that a fair amount of thought went into the design process. Using the Unreal Engine, Starfighter Origins does have some level of graphic fidelity and on the higher settings looks okay. Sadly, everything feels and looks unfinished along with being rusted and damaged. This matches the design but honestly is just boring and unpleasant to look at. Sound design is the next low mark for the game and it is filled with some poor voice acting and sounds that overlap each other. The result is annoyance for the player and a level of quality that feels poor and unfinished. 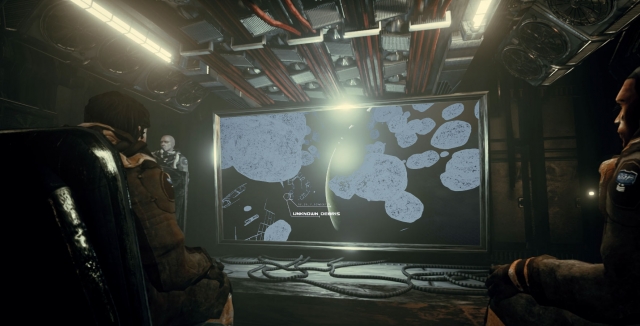 Starfighter Origins could have been a solid title with a lot of replay value. It is easy to see that the ideas are there but sadly the final outcome is far from ideal. Being able to recommend the title is hard and honestly it is worth avoiding this one for now. Of course, should it get some updates to address a number of the issues and frustrations then Starfighter Origins could be a good, if not great, title. For now though I’m sorry to say that its next flight is grounded.

This could have been a solid title with a lot of replay value. Should it get some updates to address a number of the issues and frustrations then Starfighter Origins could be a good, if not great, title. For now though I’m sorry to say that its next flight is grounded.

Relive the Heyday of Space Games with Starfighter Origins