How does Story of Seasons: Pioneers of Olive Town cope with being in a genre that is packed with rivals? From Animal Crossing to Stardew Valley, there are a few farming style games available on the market. Story of Seasons tries to stand out from the crowd by changing things for the sake of changing things. Story of Seasons: Pioneers of Olive Town starts like many other games in this genre do; you inherit a rundown farm and are expected to fix it, grow beautiful crops and save the town by enticing travellers from far and wide to come and visit.

Story of Seasons: Pioneers of Olive Town lets you customise your character, from changing your voice to suit either a masculine or feminine style, to changing your stance. These options don’t really change anything but it’s better to have some options than no options. 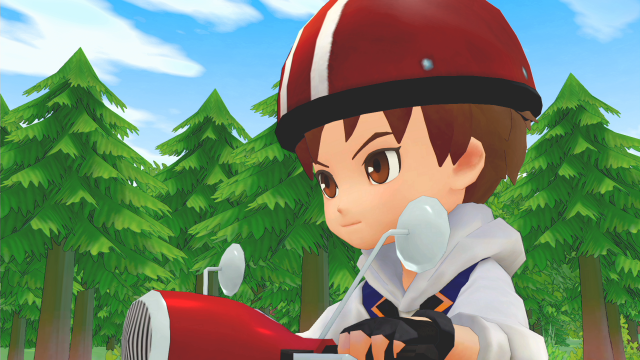 The early game is a huge slog to get through and takes a while to get good. While you can build a farm and do some things like mining for iron and silver ore, advanced items aren’t available until you are a few more hours into the game. When you have mined iron and silver ore though, you can use the ore to upgrade your tools. This allows you to mine quicker, grow crops faster and even chop down entire forests with ease.

Your farm is highly customisable. You can place buildings and decorations almost anywhere your heart desires. However, your farm does have a river on it which, while it’s neat for fishing, it makes placing buildings tricky when close to it. However, there is definitely enough space to build on your farm once you have cleared obstacles like stones and trees. 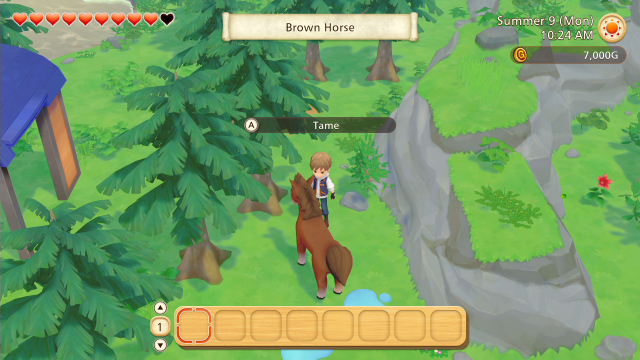 The biggest fault I found with Pioneers of Olive Town is that, unlike Stardew Valley, you can’t just build items once you have the materials available. In this title you essentially need a maker for every single item that you want to make. So if I wanted to make a lot of iron but also wanted to turn wood into lumber, I am required to have two different machines to make both items, and this gets a lot worse when there are multiple items that you want to make. You need to make a new field of makers, which takes up a lot of space on the farm.

There is the usual socialising aspect that the series is known for. There are a few characters that you can marry in the game and have children with. After meeting all of the characters, none of them stood out as having any story of good personality and I found myself just not bothering to get married as in other games. Characters will wander around town and have a life of their own, but in Pioneers of Olive Town I found that most characters would just stand around in their room for hours on end. The characters are zombies and I want to keep my character’s brain intact. 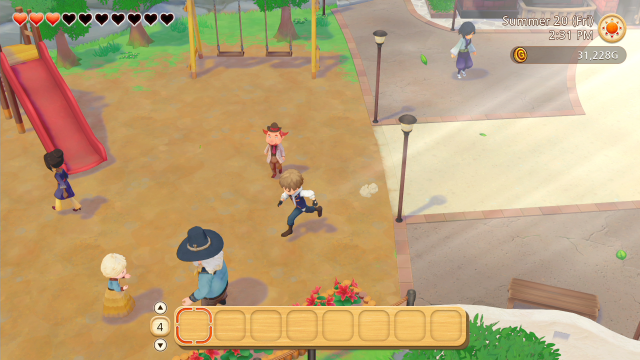 There really isn’t much to explore in this title either. While there is a town and your farm, there really isn’t much else to do. I found that I only really left my farm when I needed supplies from the shop. This is really disappointing as even previous games in the series had secret areas and houses that were off the beaten path.

I have had bad performance whilst playing on the Switch, even when docked the game drops frames rapidly. Whilst it doesn’t really affect the gameplay too much, it is definitely frustrating. Speaking of frustrating, this game features loading screens, and Story of Seasons: Pioneers of Olive Town has loading times varying between 20 - 30 seconds which might not sound like a big deal but they are very frequent and this can definitely be annoying very quickly.

Story Of Seasons: Pioneers of Olive Town is an okay farming game but if you are expecting giant changes to the already worn out formula then you should look elsewhere.

I play it on the Switch Lite and I've noticed the frame rate dropping when its raining but other then that this game is interesting but reminds me more like My time at portia so I don't play it that often.

When did you notice the frame rate dropping was it during weather changes or running through the grass?