It's no secret that I love 2D platforming games, especially titles like Mega Man, which I played on the NES as a kid — who am I kidding? I still play the Mega Man games. So whenever a new title comes out that looks inspired by the games I loved as a child, I get excited. Super Alloy Ranger feels very familiar but has a lot of unique elements that make it different from other titles in the genre. 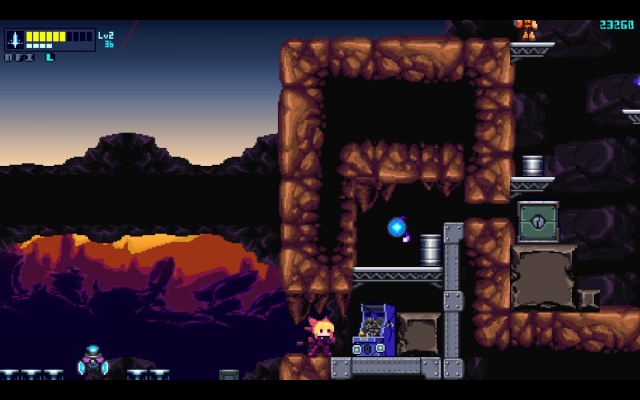 In Super Alloy Ranger, we play through the story of Kelly and Rambos, two bounty hunters who own the spacecraft Alloy Ranger. This ship was not cheap, so the two of them are in a lot of debt now. They have devised a plan to pay the Alloy Ranger off: capture Lamos, the wanted criminal, and get the reward. Nothing can go wrong with this plan! On their way to this criminal's last known location, they get stuck in the protective barrier of the planet Tanwada. While trying to figure out how they will get out of this mess, their ship is boarded by two AI units. Luckily for them, Combat Robots No. 2 and 3 are very friendly and find themselves in a similar predicament, so when they suggest teaming up, Kelly and Rambos agree. They start by exploring this abandoned planet to find answers and figure out how to escape this situation. 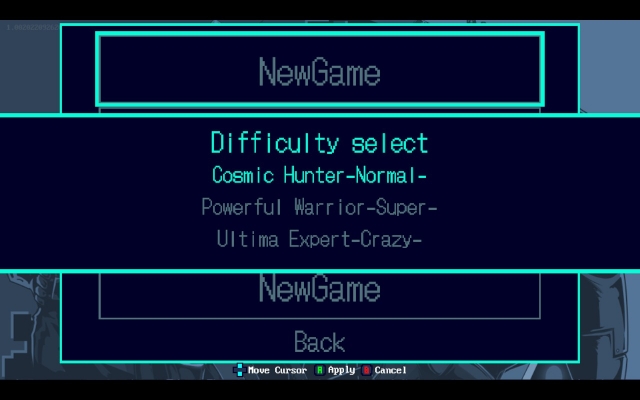 When you start, you select between three difficulties and choose if you want to play as Markman Kelly, or Combat Robot No. 2. Kelly's fight style is similar to X in the Mega Man X series, No. 2 is like Zero as she fights in a melee style with a laser blade. I selected to play as No. 2 as her character looked fabulous with her cat ears and tail. Her attack style was a lot of fun — she starts the game using claws like an angry kitty. Both characters can attack upwards and downwards, which is already a welcome change from the Mega Man series! 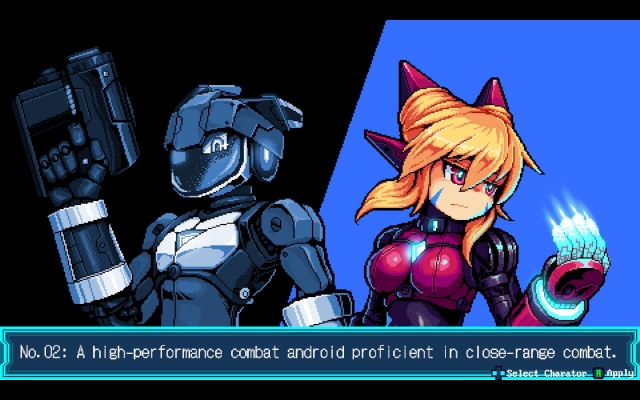 Initially, five stages are unlocked for you to challenge: Sunken City, Deep Freeze, Abyssal Origins, Endless Train, and Military Fortress. These aren't the only stages on this planet; there are 12 screens total, but only the ones you can access have images. Like the game it is influenced by, you can challenge the stages in any order. Once you get to the end of each level, a boss battle will be waiting for you; once defeated, you will get an upgrade for your weapon. All the enemies you encounter are machine-themed, so robots and vehicles populate the stage. The weapon system in Super Alloy Ranger is very different from what we are used to. Instead of having a set number of shots or a meter you have to replenish constantly, the upgrades can be used as much as you want. You can level up your weapon. Each stage has 100 blue dots/orbs to collect; for every 20 you get, the weapons level will go up by one, up to a maximum of five; the amount of damage it deals will increase with each level increment. Each weapon has a normal attack performed by hitting X, while Y is your ultimate skill with a cool-down period between attacks, and B is the dash. 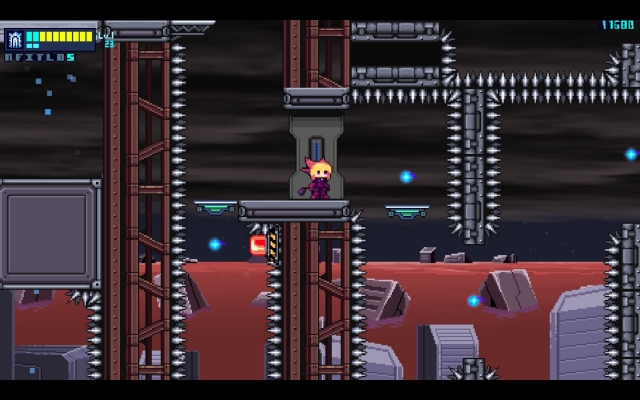 As you progress and unlock the other areas, the difficulty does go up, so it may be beneficial to collect all the orbs in the stage, so your weapons are stronger for the boss at the end of the stage. These blue dots aren't always out in the open; some are hidden in boxes or behind walls that can be spotted if they have cracks and can be broken. Even pits that look like they lead to your death can lead to a hidden area with more power-ups. You will have to explore and take some risks, but if you do die, the game is good with starting you back in the same area, so you won't have to start right from the beginning of the level. When you complete a stage, you will be presented with a Mission Report that shows your score. It shows how much damage you took, how many times you were defeated, how many blue dots you managed to collect, and your clear time. Each stage has three keys to find that will be used to unlock bonus areas; these are not part of the main story but are worth looking for. 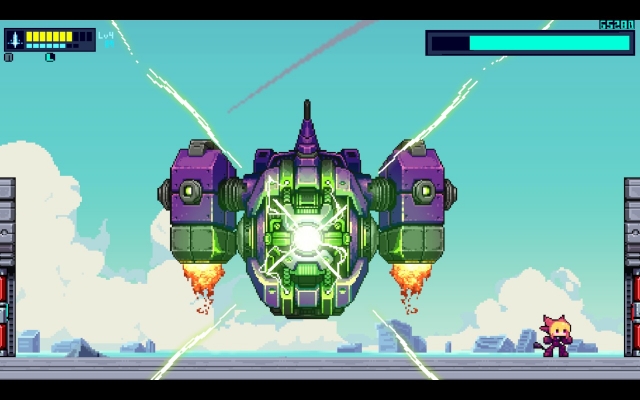 Super Alloy Ranger looks and sounds great; I love how it feels like I am playing a SNES-era game with kick-ass music that fits in with every stage you challenge. It is upbeat, not repetitive and super catchy to listen to. They have done a great job with the soundtrack, which elevates the game, especially when you get to a high-energy boss fight. It's always disappointing when you have a great-looking game with boring and repetitive music. 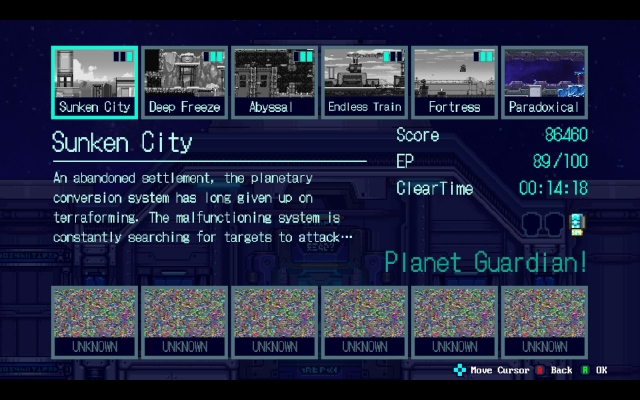 Super Alloy Ranger has done a great job capturing the magic of classic 2D platformer games. The story is okay, though I wanted to skip through some of the long cutscenes to get back to the game's action. The gameplay is excellent no matter the character you choose to play with; having the option to select a melee fighter vs a proficient shooter was nice. It adds to the replayability because I wanted to complete the stages with both characters and see which fight style was better in each situation. If you are a fan of 2D platformer games like the Mega Man X series and want to be challenged, this is a game you shouldn't miss. It also works great on the Steam Deck, even though at the time I'm writing this, it's not verified yet. 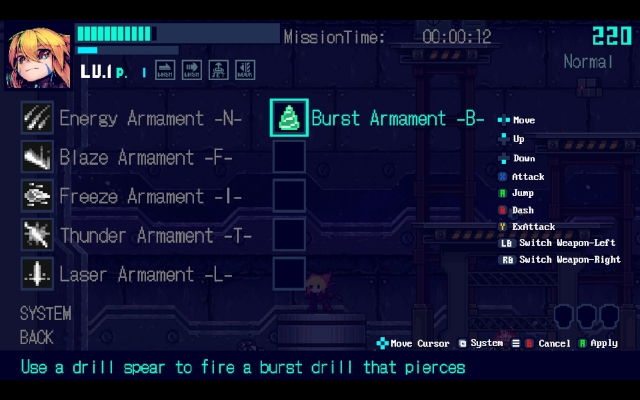 Super Alloy Ranger is a great 2D platformer influenced by the Mega Man X series in all the right ways. The story isn't the best but has a lot of unique attributes that make it a must-play title!

I gotta check this game out soon! Nice review.

It's such a good game, reminded me of Mega Man in all the good ways and was nice to be able to shoot up and down!