Nintendo isn’t stupid. It knows full well that we’re happy to buy games twice, and so the Switch has seen nearly as many first-party remakes as it has original titles. The gaming giant is well aware that we’ll complain about it, but ultimately still open our wallets. That’s exactly what I did for this re-release of the 2013 title that was owned by more than one in three Wii U owners.

Following on from the 3DS exclusive Super Mario 3D Land, Super Mario 3D World’s big gimmick was Cat Mario. In this form, Mario can use his claws to defeat enemies, and climb up vertical walls. It’s still one of my favourite Mario forms and it adds a whole new way of playing the game that wasn’t previously there. Old favourites like the mushroom, fire flower and tanooki suit return, as Mario battles to save the Sprixie Princesses from Bowser’s clutches. If you haven’t already played the original and you’re wondering who these characters are, they are brand new creations for this title, and they get kidnapped almost as soon as you meet them. With Peach being a playable character, there had to be someone for Mario to rescue after all.

Compared to the first release, there’s not a great deal that’s changed in the core game. Graphics are slightly sharper and colours are a little more vibrant, but it’s very unlikely you would be able to tell unless you put the two side by side. Where there has been a noticeable improvement though is in the speed of the game. The Wii U version was known to be a little on the sluggish side, and this has been rectified with faster movement for all characters. If you built up muscle memory for the original version, this might require some adjustment, but overall it’s a welcome addition as everything feels much more fluid now. 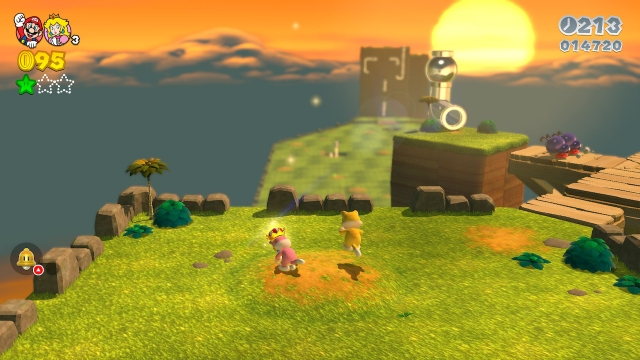 I always loved how the cat costumes change colour to match the character.

The old unlockables such as the Luigi Bros. hidden game and Rosalina from Super Mario Galaxy are all still present, and the stamps that got so addictive to collect are still here, although with the Miiverse no longer being available, they’re now used to decorate pictures in the brand-new photo mode that has been added to the game. This is pretty comprehensive too, with plenty of tweaks and options to get Mario looking at his best, so if you’re a fan of making pretty screenshots then it’s likely you’ll enjoy it.

I played through most of the main game in co-op with my partner, and it works very well for this. The action is fast-paced and very much organised chaos as you might expect. There were a few frustrating moments though, where it was obvious that single-player gameplay had been the primary consideration when designing the level. The most notable of these are the levels which feature platforms that flip over when you jump. In order to complete these, you and your co-op partner or partners need to jump precisely in time with each other or risk being punted into the ether. And talking of which, I still don’t understand why Nintendo insists on having multiple commands on the same button when there are unused or duplicated controls. If I accidentally throw my fiancée off a cliff when I was just trying to make Mario dash one more time then I fear we may end up getting a divorce before we even get married! 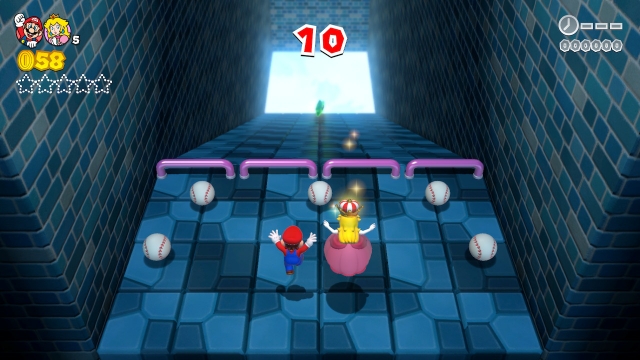 What a load of balls.

In addition to the main game, this re-release includes some additional content in the form of Bowser’s Fury. This isn’t an add-on for the main game, but a short game using the same engine. Mechanics are similar, but it takes place in a more open-world environment like Super Mario Sunshine or Super Mario Odyssey. The weird ink stuff from Sunshine returns again, although thankfully not the FLUDD, which was never a particularly fun mechanic for me.

I’ve heard mixed reception about Bowser’s Fury, but I really thought it was a lot of fun. It’s quite short (about four to six hours), so it’s arguably not worth the money on its own, but as an experiment in what a completely open-world Mario could look like, mixed in with some unique Kaiju-esque mechanics, it’s a really interesting piece of work. I’m hoping this is a sign of what we can expect from the next mainline franchise entry, as I really thought it did something a bit different with a formula that’s only changed so much over the years.

Co-op in this mode is awful though, with the second player consigned to collecting coins and power ups very much like in Super Mario Galaxy with the star bit collection for player two. Me and my partner played it for about ten minutes before giving up and going back to playing another game, so whilst I enjoyed it, it’s far more suitable for solo play than anything else. There’s also no online co-op in this mode, unlike the main game which now benefits from up to four players locally or remotely. 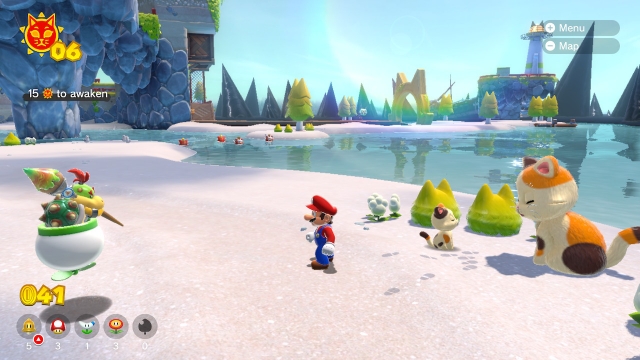 It's a little short, but Bowser's fury is great fun.

The one thing that you can’t escape is the fact that this is a pretty expensive way to play the game if you already have a Wii U. There’s very little difference between the two versions and as much as I like Bowser’s Fury, it’s not really enough to justify the price. But if Atlus can get away with minimal polishing and a few hours extra gameplay for Persona 5 Golden and get Game of the Year nominations, then you can’t blame Nintendo for trying to get a piece of that lucrative pie as well.

This isn’t much of an upgrade of the Wii U version, and I still have my Wii U set up so essentially I paid £50 out of sheer laziness more than anything else. If you never had a Wii U or no longer have it out then this is absolutely worth it, but if you could have just changed HDMI input and dusted off the tablet like I could have, then it’s pretty poor value for money. It’s a great game, but not necessarily a great deal. 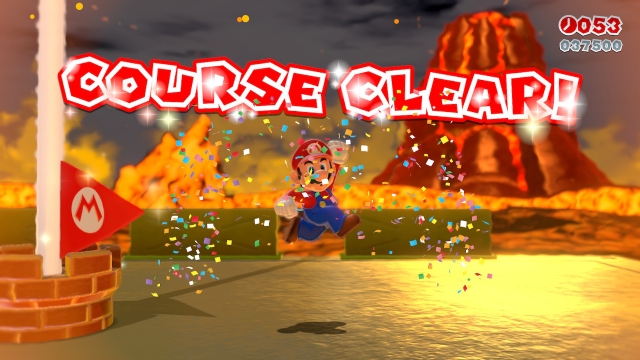 Whilst this isn’t a game that represents great value, it’s still excellent fun. Bowser’s Fury is a nice, if a little short, addition to a game which didn’t get the attention it deserved due to the failure of the Wii U.

Nintendo Finally Reveals Bowser's Fury - Here's What It Is