The Tales series of role-playing games has been around for over 25 years beginning in 1995 on the Super Nintendo with Tales of Phantasia. Bandai Namco has released 16 other main titles in the series and numerous other spin-offs. Somehow I’ve managed to miss out on all of the titles since the first one, so I am super excited to get reintroduced to the series with Tales of Arise. 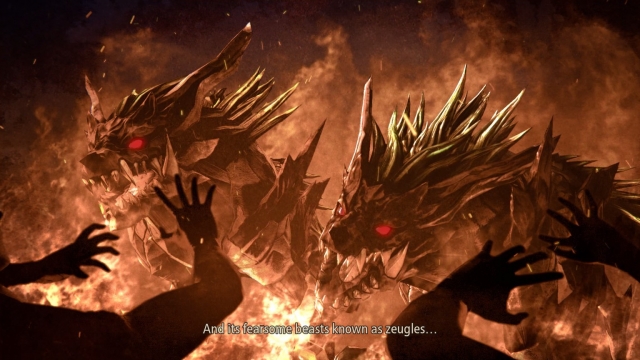 When I was younger I was a huge role-playing game fan. I’ve always loved discovering the immense stories and enjoyed living vicariously through the characters to feel like I am experiencing living in a totally different world. As I have gotten older my free time has definitely diminished so I love when games allow me to change up the difficulty so I can spend more time on the main story quest than constantly dying and having to replay the same sections multiple times. Grinding for multiple hours on end isn’t exactly my idea of a fun time. Tales of Arise lets you choose what difficulty is best to maximise your enjoyment of the game. What to focus more on the story and combat second? Then select the Story mode where the game is more about the plot and characters than just fighting. Normal is for people who want a balance of story and combat. If combat is more your thing then Moderate or Hard mode is for people who want a harder challenge, both of these modes reward you with more Combat Points as the enemies are harder. You can also adjust the time allowed for button inputs to launch attack combos. Since I am more used to retro turn-based styles or RPG’s, being allowed to have a tiny bit more time to react was great. 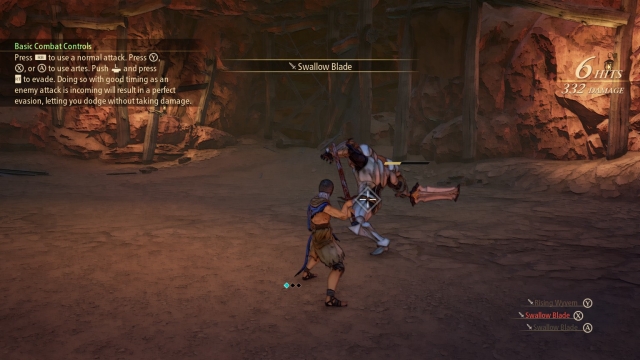 I was extremely pleased to find that I enjoyed the battle system in Tales of Arise a lot more than I was expecting. I never felt like I was fighting the camera to see where I was going or who I was fighting, which was great. Each of the characters has a normal attack that can be strung together on their own. To be more effective, and to stretch out your combo you have a choice of three special attacks called Artes that can be assigned to use in battle. These special actions have their own gauge and can be performed as long as you have enough of the Artes Gauge filled. This gauge automatically restores but if you are attacking enemies it will fill slower than if you were just walking around. You can equip three different artes that are for ground attacks and another three that you can use when you are performing air attacks. Some of these artes cost more points to use so keep this in mind as they will deplete your gauge a lot faster. Beware that if you continually use the same arte within four actions its effectiveness will decrease allowing your enemies to recover faster, so be sure to constantly switch it up. 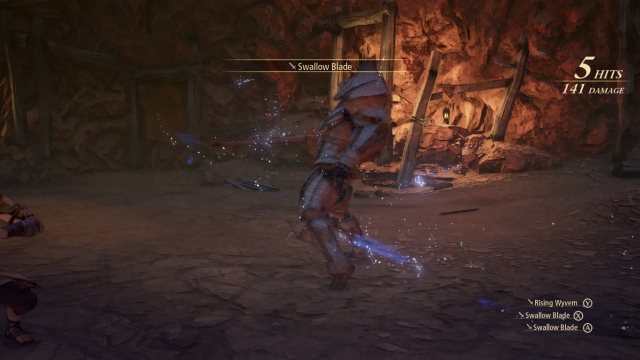 When you aren’t attacking you can try to evade the attacks from your enemies. If you manage to time it right, you can perform a perfect evasion. This means that you will take no damage at all. As you level up and earn new titles allowing you to pick and choose which artes and skills you want to spend points on to learn. There are even ones that will extend the amount of time you get to effectively evade the enemies attacks to make it easier to avoid taking any damage. 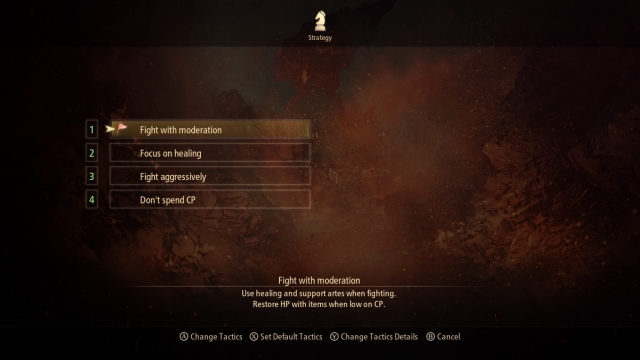 Tales of Arise allows you to decide what will happen in combat. You can decide exactly what happens, or if you want you can set it to semi-auto or auto where the game will fight for you based on the strategy you have chosen. This strategy will be the one that the rest of the characters in the party will follow when they fight alongside you. There are four different strategies you can select from and switch at any time during a fight. I found my party members were actually quite helpful when we were fighting, which was nice to see. 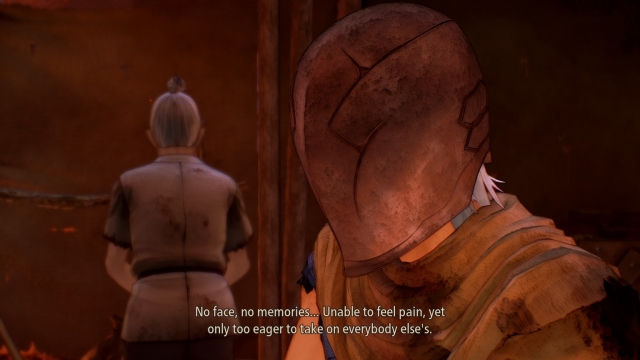 I haven’t even gotten to talking about the amazing watercolour feel of the graphics in Tales of Arise. It really is beautiful to look at, and even when you are changing outfits or equipping stuff from DLC that you have, the visuals are updated to show these changes. In some games when you change the outfits the cutscenes will just show the default skins, but in Tales of Arise I have yet to find a time where it wasn’t updated. Even when I did crazy combos like one white wing, one black wing and a stuffed plush character on my head, all of the game visuals showed the crazy outfit. Even the optional skits that you can watch while walking around in the main world were updated with these changes. The music and the voices were very well done, even though I still prefer Japanese voices and English subtitles. Just a silly preference I have always had. 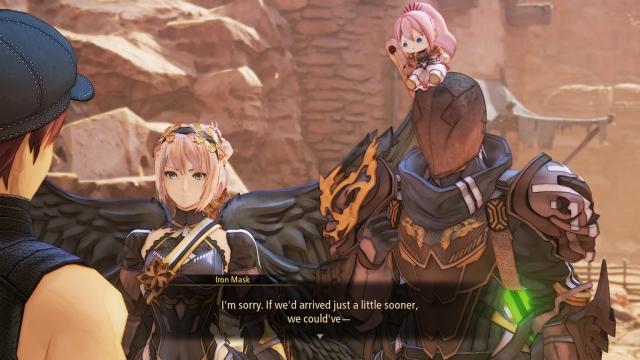 Tales of Arise does not follow the usual story you may find in a lot of other role-playing games. The story isn’t just a group of characters who have to work together to save the world from imminent destruction; it deals with a lot deeper issues like slavery, privilege and people who are less fortunate. It has characters that have flaws and aren’t just perfect and have crazy talents like being able to do magic. The story features two main characters, Alphen who can’t remember his past and wears an iron mask. He is a member of the Dahnan race who are slaves even though he doesn’t have a spirit core on the back of his hand like the other slaves. For some reason, he can’t feel pain and even though this may sound like a benefit, he points out that because of this he doesn’t know when he is hurt which could end up being deadly for him. He doesn’t yet know why he is like this but he is truly a good guy and he will do whatever he can to protect the other slaves. Shionne is the other main character, she contrasts with Alphen as she is part of the slave race Renan known for their light coloured eyes. She isn’t without her own issues though, she has a curse that causes anyone who touches her to be electrocuted. 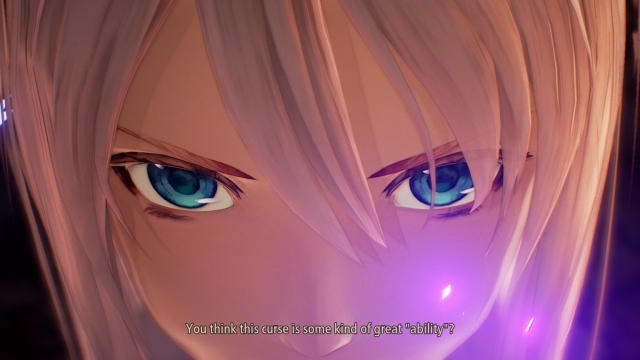 It has been interesting watching their relationship grow and change from being awkward and resentful at the beginning to change where they become friends and work together despite their past history and biases towards each other. Everyone here has to learn how to deal with their own personal issues while also learning their purpose and helping the people and world around them. The story is so compelling I just want to find out more. I don’t want to spoil anything, but I can honestly say Tales of Arise has one of the best stories that I have come across in a very long time. 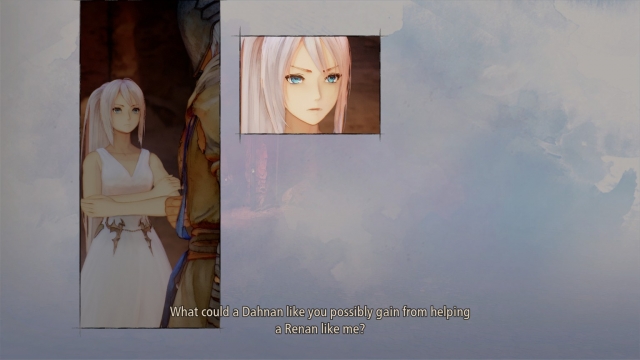 Tales of Arise (Reviewed on Windows)

Tales of Arise is so well done with the story, graphics, battle system, music, characters and voice cast that it is a must-play for anyone. Even if you aren’t normally a big fan of role-playing games the story is so compelling there is a lot to love here.