If you like to climb things, but you’re not fond of putting your life in danger, then VR’s the perfect place to do it. Crytek knows this, which is why it’s created two games which see you climbing! The Climb 2 is the latest entry in the series, and sees you tackling some steep summits, exclusively on the Oculus Quest & Quest 2.

I’ve put off writing this review for a while - the game came out towards the start of the year. The reason is that I wanted to try out all of the content before I reviewed it, and Crytek only recently introduced Events. But I’ll get to those.

There are 15 maps to clamber over, from mountains to skyscrapers and even an ordinary climbing wall. Well, it’s not that ordinary, but it’s there. You have two climbing options: casual and professional. In casual mode, you can climb as leisurely as you like. In the other, you need to keep an eye on your grip gauge and ensure your hands are chalked up. 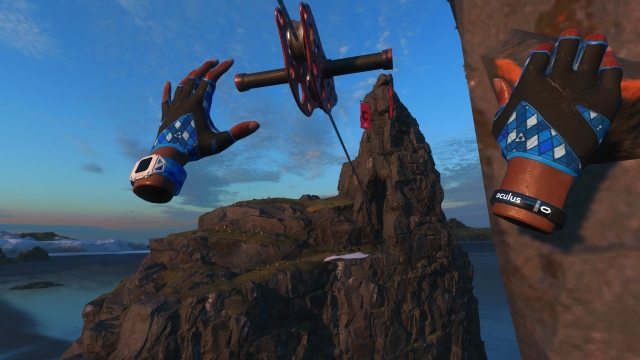 Since I’ve just explained casual mode completely, I’ll detail the professional mode a bit more. Holding on to a handhold with one hand will drain that hand’s grip gauge. Holding on with both hands will restore the gauge. It will drain faster if your hands aren’t covered in chalk, and the amount of chalk depletes for every handhold you grab. You can chalk up your hands by holding a button and twisting your wrist, but while you’re doing that the grip on the other hand will deplete. It takes a bit of getting used to, but it’s fairly simple.

To unlock professional mode on each level, you first have to unlock it on the previous level. If you just want to clamber up a mountain, you can jump right in with casual mode - but even then you can challenge yourself. There is a leaderboard, and you can challenge anyone on it to a race. You’ll be racing their ghost, not actually them, which is actually better. Because when you see someone launch up a six minute climb in just 47 seconds, you’re free to just quit without making them feel bad.

The act of climbing, despite not needing to hold your own weight, can be quite tiring. It’s a curious sensation to reach the top of a climb or three and find yourself out of breath when all you did was move your arms a bit. I choose to believe that it’s all in my mind, and not that I’m quite out of shape. 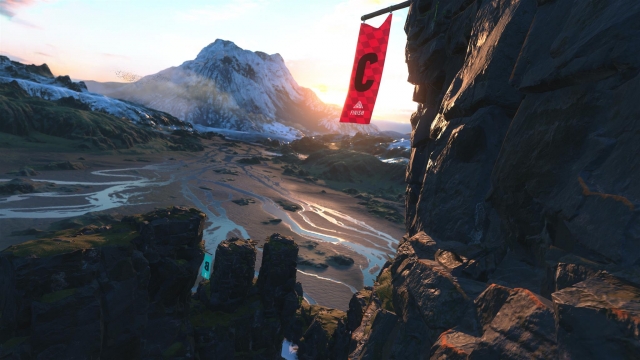 Each level in The Climb 2 looks great, from the rocks in front of your face to the vistas spanning out around you. There are lots of little touches to flesh things out - moths near lamp-lit windows, puffins scampering around rock faces… The city levels even have some helium balloons in places, presumably let go by people on the ground far below you. It’s fun to slap them out of whichever bit they’ve gotten stuck on, and watch them float away.

Audio-wise, The Climb 2 is basically just the wind. There are some animal sounds, aeroplane noises, and the crumble of rocks - but there’s little music. If you can put on a podcast or something while you climb, then you should definitely do that.

The only major fault I’ve found with The Climb 2 are the Events. These are a recent addition to the game, and see you exploring levels to find tags. Or something. See, they only run for a handful of days, so if you don’t participate, then you miss out. Even when the banner image of the game says that there’s currently one going. As I write this, it mentions the autumn event - but in-game it just says that the September event is over, and there’s going to be one in October. I played on a day before the September event, and was going to check it out the following week - I managed to miss it, because I’m not entirely sure it was available for a week. 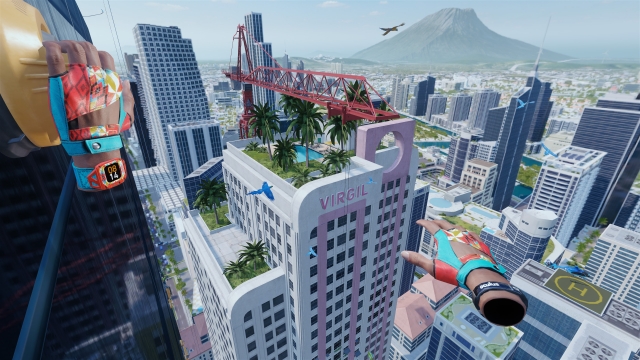 Other than that, The Climb 2 is a decent game. It gets you moving, looks good, and has some great level designs. If the events could have lasted for more than a few days, so that I didn’t have to wait another month to write this review, then I’d more highly recommend this game. It’s still a recommendation, but keep in mind that not all of the content is there all of the time.

The Climb 2 (Reviewed on Oculus Quest)

It’s decent exercise, and a great experience for those who can’t visit the mountain range for a climb. Cheaper than all of that mountaineering equipment, too.