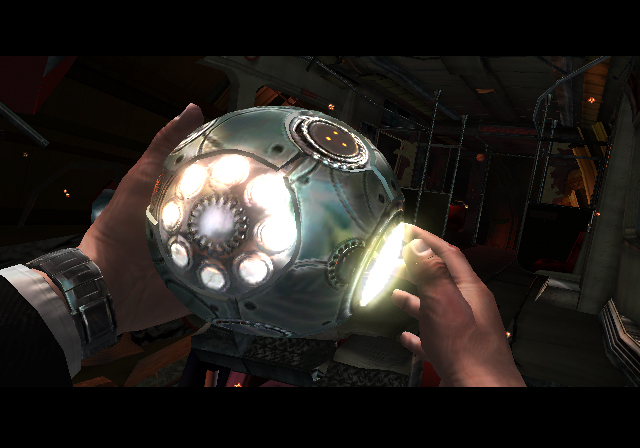 You play as the rather generically named Michael Ford; a new agent for shadowy government group, The Trust.  Your first mission is to clean out a terrorist threat which quickly goes into sci-fi territory when aliens – known as The Drudge – appear and all Hell breaks loose.  It's your job to stop the alien invasion now swarming over Washington DC.

The Drudge use portals, or Conduits, to get around to different areas of the city, however disappointingly you only ever seem to be sent to the dull, grey areas of the city. This is a theme you'll notice as you play through the single player campaign. Everything is pretty much standard FPS fare, there's nothing really new about any of it. You go to a location, you kill all the aliens then you go the next area. This wouldn't be so bad if there was a good story behind it, but it just turns into conspiracy theory 101 by end-game leaving you feeling disappointed at the lack of effort that has gone into the story – especially when considering the amount of effort that's gone into the games engine and controls.

The controls are one of the finer points of the game. Initially, they're just basic Wii FPS controls - i.e. the Wii-mote is used to aim and the nunchuck to move Ford around.  But all the sensitivity and actions can be altered, with the game giving you a myriad of options – some of which you probably won't even understand – to change at your leisure.  This is good as it lets you play the game exactly how you want to. 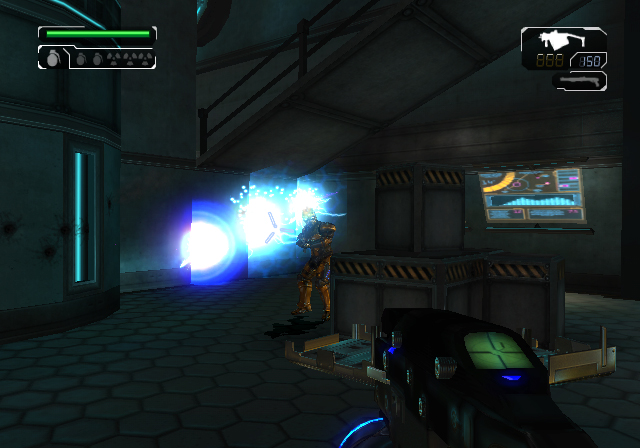 As mentioned, the engine the game runs on is impressive. However, the developers seem to have gone to all the trouble of making a great engine for The Wii and then forgot to add anything of interest to their game. All the corridors, streets, office buildings and sewers are the same as you'll have seen a dozen times already in this generation alone. The Alien weaponry is interesting though, with some of the more exotic weapons looking particularly nice.

The graphics alone are nice to look at, given the Wii's hardware limitations, but it would have been better if some more effort went into making them interesting to look at, instead of just nice, as you look at them during the 8-10 hour campaign. I have no doubt the engine will be used in the future on other Wii games, though I'm hoping it'll be put to better use than it is here. 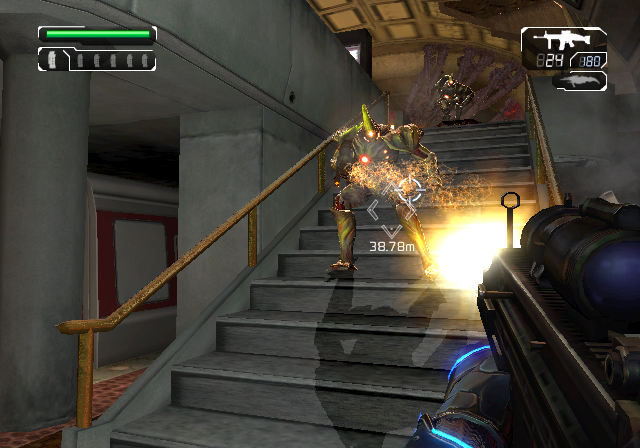 Sound is about on par with graphics. You get your exotic sounding weaponry as well as the standard military issue weapons you're accustomed to.  The alien weaponry in particular stands out when you release a charged blast and you hear the echo of it coming from the Wii-mote's speaker. The games main hook is the All Seeing Eye. In theory it's supposed to be a powerful tool you'll use to help you in your good fight against the bad guys, when in reality, it merely acts as a flashlight, being used for uncovering things and unlocking doors. It would have been interesting to have some more secrets only detectable by the ASE, but there were only a few, which were pretty obvious to find.

One of the games crowning achievements is the implementation of a good multiplayer online game. It's standard FPS game types, but it's good fun to play as you can imagine people frantically waving their arms about when the games get hectic. The only problem is, the online system is good, but there were hardly any games during my time with it. When I got in a game, it was packed full, but if there were no games on at that time, there were literally no games. It's a shame there aren't more people playing it online as it's well designed and as mentioned, more importantly, it's fun. Time will tell how popular the online component will be. 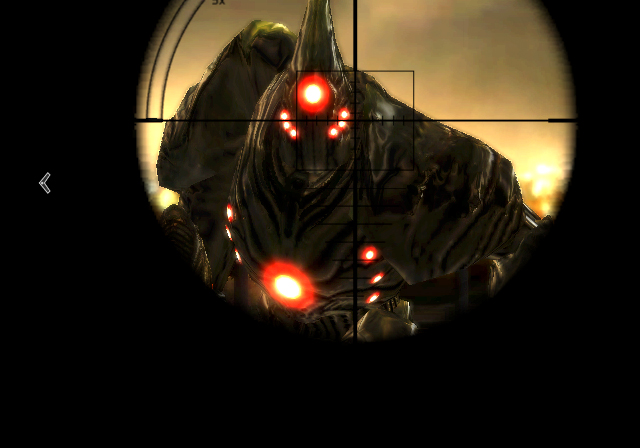 One of the main problems here, which isn't the fault of the game, is the Wii requires constant movement from the player, be it waving your arms about like a mad man, or flicking the nunchuck forward to throw a grenade. This has a detrimental effect to the game directly, as I found myself playing for no more than two hours maximum at a time. There are a number of disappointments with The Conduit, but it does a few things right. I just can't bring myself to say the good outweighs the bad.

For a game that was hyped to get the more hardcore gaming crowd drawn to the Wii, it doesn't seem as though it's had too much of an effect. Cries the world over can still be heard by people misguidedly saying “The Wii is for casual players”. While this may be in part true, there are plenty of games the more serious gamers can play on the Wii, this is one of them. However in relation to the effect it was supposed to have, the game is disappointing.  By no means bad, it's just nothing new, and in a generation where most serious gamers own a PlayStation 3, Xbox 360 or a gaming PC, there's nothing here that will make people go to it as opposed to the crowd of other, better first person shooters available on other systems.

The Conduit (Reviewed on Nintendo Wii)