This game is dark. I mean really dark.

If you think that’s grim, then The Corridor: On Behalf Of The Dead isn’t the game for you.

You play a “Custodian” who trips into peoples minds via “The Corridor”. In this particular instance, the mind of a murderer, from which you are required to extract evidence of their crime. There is some loose backstory implying a dystopian world after some sort of cataclysmic disaster, resulting in new methods of justice, which we assume includes “The Corridor”. 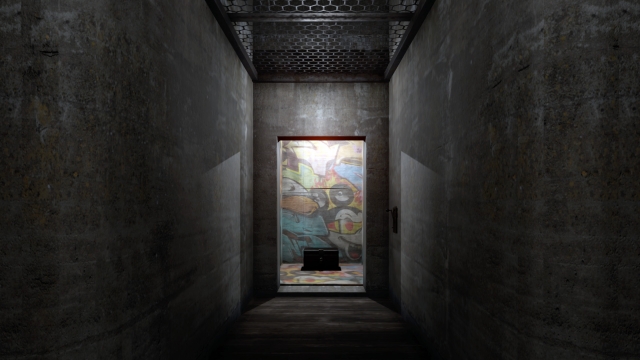 It’s a mish mash of retro computer interfaces, dieselpunk environments with lots of grim and dark twists and turns. There are major puzzle elements, which appear to revolve around remembering words, keypads, and picking up and examining everything you can click on. You are surrounded by ominous sounds, and the environment is almost entirely dark and badly lit. There was an option to turn up gamma values, but it appeared to do stuff all to make things brighter or more identifiable. This is slightly ganky as it meant I literally couldn’t see something I needed to interact with. Even a flickering torch would have been helpful.

It’s not cosmic horror, not a Lovecraftian thing in sight, but more personal psychological horror. The kind of thing that wakes you up in a cold sweat at one in the morning after you ate too much cheese the evening before.

One frustrating element is time. You’re required to “top up” your levels of Cohesion, which allows you to maintain this mental link. The only problem I have with this is, well, why? I don’t see a need to impose a time pressure on the player, it seems superfluous to me in the context of a game of puzzles and exploration. It pushes you to miss things, and given the environment, it gets in the way of finding the hard-to-spot items when you end up panicking at dropping to 10% cohesion. There’s a health element as well, but I haven’t lost any of that to anything that wasn’t radiation (and we’ll skip wondering how that exists in a mental projection) or an immediately fatal fall down a lift shaft. 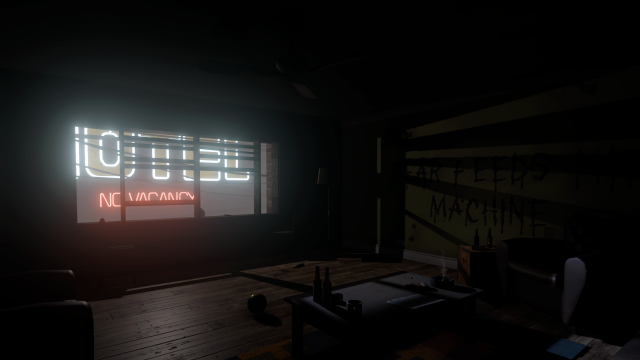 I’m not sure I’ve got very far yet, and there’s not much indication how much gameplay there will be in total, but what I’ve seen already definitely whets my appetite, and the save option will be getting spammed while I try and map out the areas to repeatedly run through them without using up all my Cohesion.

The Corridor: On Behalf Of The Dead (Reviewed on Windows)

While frustrating, it’s a solid horror game which has a lot of potential.

The Corridor: On Behalf Of The Dead