The Crew: Calling All Units Review

Several months ago, Ubisoft began giving away a game a month on Uplay, one of which was The Crew. This was surprising, given that the previous couple of months were Rayman and Splinter Cell, both older games. I had been wanting to play The Crew despite my dislike of driving games, as it seemed an interesting concept -- open world races across the continental United States.

The story saw Alex Taylor, the protagonist, working with the FBI to join his brother’s old gang, the 5-10s. If you’ve ever seen Sons of Anarchy, then they were basically the same thing but in cars instead of motorbikes -- a bunch of illegal stuff going on across the country, run by them. The only way to progress through the club and get revenge on his brother’s murderer: street racing.

Calling All Units adds in 12 story missions, which see you taking control of Clara Washington, a police officer, as she tries to take down the newest MC gang: the Harvesters. No, not a gang of pub-style restaurants. The story is short, for instance I literally spent less than two minutes in the second mission including the opening cutscene. It’s not a huge amount of missions for the price, so it’s a good thing that it’s not where most of your fun will be had. 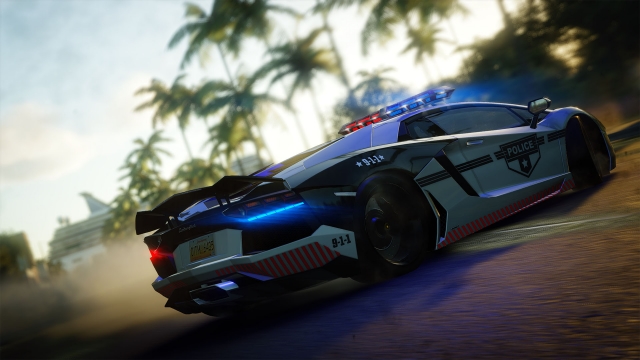 The main addition is Chase mode (cops vs racers), which you can join in with other players (The Crew is a persistent online world, after all), or start off yourself by collecting one of the various crates scattered about America. If you’re a racer, you have to get the crate to a drop-off point -- other racers can join in to run interference against the police. If you’re a cop, you have to stop that drop-off by remaining close to the racer for seven seconds.

Both sides are armed with power-ups, such as EMPs, flashbangs and such -- things to slow down or put off the enemy. If you fall behind, both sides can hold a button to be transported closer to the racer with the crate. If the drop is successful racers get experience points, and have a 50% chance of getting a part for a special vehicle, or cash. If the drop is stopped, police get experience, and the same 50/50 chance for shiny parts or cash. If you’re offered a spot on a current run, your side is determined by which car you’re currently in -- cop or racer, and you’re thrust into the action already in progress. Even if the run has almost ended! 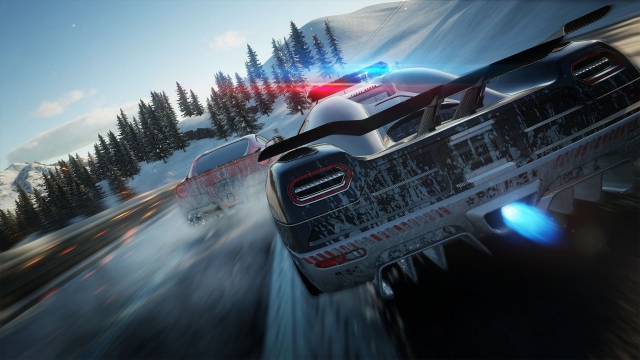 Calling All Units can be started early on in the main game, so it’s an easy way to increase your level (the cap has been increased to 60) by doing runs through the Chase mode. I was about level 25, and increased 10 levels after only a couple of hours thanks to two story missions and a bunch of cops vs racers runs.

If you haven’t yet bought the Wild Run DLC, now’s a good time to get it because it’s bundled with Calling All Units. That increases its value, which it desperately needed, due to the low amount of story missions and one new mode. There are 19 new vehicles, of which 11 either have police variants or are police-only. Wild Run brought in 15 new vehicles including motorbikes and monster trucks, so it’s not a huge offering of police vehicles, though they do range from your everyday hatchback to sporty racer, and even a motorbike.

As I said earlier, Chase mode is the most fun you will have. I did the same run six times in a row, trying to help someone get a package where it needed to go. I can only guess that he wanted the car part, and as I kept getting cash instead of the car part, I kept right on replaying it with him. 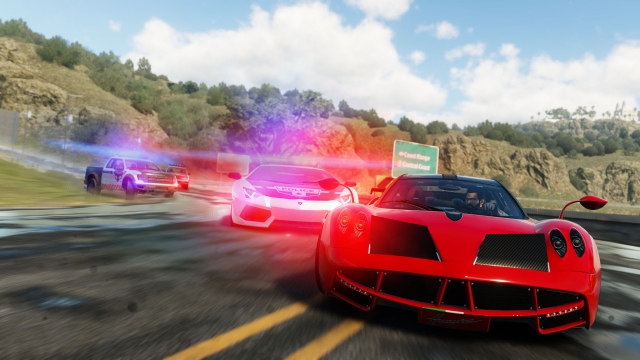 That said, it’s not a huge amount of stuff for someone who already owns Wild Run. So unless you’re desperate for things to do, and to get rid of that annoying reminder to pick up a free police car that you can’t access without Calling All Units, then you should probably wait for it to go down in price.

The Crew Calling All Units (Reviewed on Windows)

This might be worth more or less for your money due to the extra content of Wild Run, depending on whether you already had the that DLC pack. Calling All Units doesn’t really have enough to warrant the full price, so you might want to wait unless you’re after Wild Run too.

The Crew Calling All Units is Available Now

The Crew Calling All Units