The Darkside Detective: A Fumble in the Dark Review

The Darkside Detective by Spooky Doorway is back after its clever and super fun first installment released back in 2017. The original title was full of great pop culture references to franchises like Ghostbusters and Luigi’s Mansion so I’m excited to see what references await us in A Fumble in the Dark. Usually sequels try to improve on their original formula, sometimes for better and sometimes it doesn’t quite pay off. 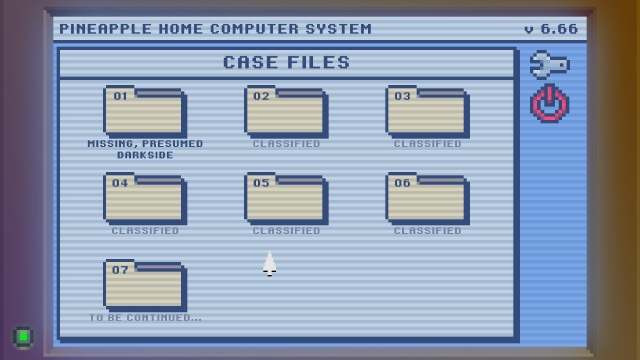 The Darkside Detective: A Fumble in the Dark picks up the story right where the first title left off. It’s not required to have played the first game since they do a recap right at the beginning to get everyone refreshed and caught up but I suggest playing the first one so you get more of the references and also because it’s a great game! Detective Francis McQueen is on the hunt for his partner Officer Dooley, who is not the brightest crayon in the box but is loyal to McQueen and always by his side no matter the creepy events going on in the 34th most haunted place, Twin Lakes. Dooley has been missing for a year and is thought to have been sucked into the ‘Darkside’ realm where supernatural creatures like aliens and ghosts reside. 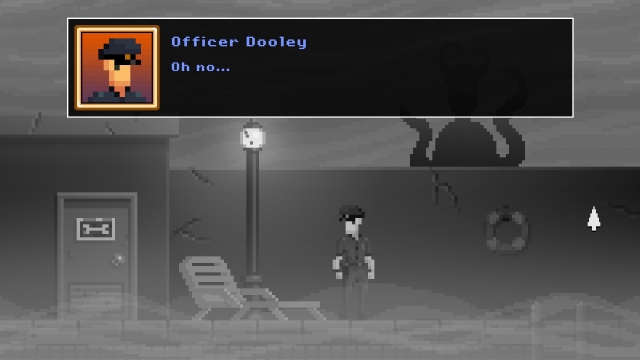 You will instantly find that the feel of the game is just like the original title with a narrative like Twin Peaks mixed with X-Files and Ghostbusters. The Darkside Detective: A Fumble in the Dark has six different cases to be solved. The first called Missing, Presumed Darkside is the hunt for Officer Dooley that takes you to multiple locations in Twin Lakes like the TV Station, the communication centre that is known to be able to communicate with others on the darkside and the auction house to find clues and items that will lead you to Dooley. Just like in the first game you will have to search rooms to find items to solve puzzles that are presented to you. Click on the items in the room that you want to examine or pick up to add them to your inventory. Then when needed drag the item onto the character or section of the scene where it is required. Most of the time the solution will require you to combine items together to create something totally new, like combining a bag of nuts with a didgeridoo to make a “nut cannon” to shoot at a squirrel. If the combination you are trying to make doesn’t work, Detective McQueen will let you know with a silly comment. It’s this crazy thinking outside the box puzzles that will keep you busy. 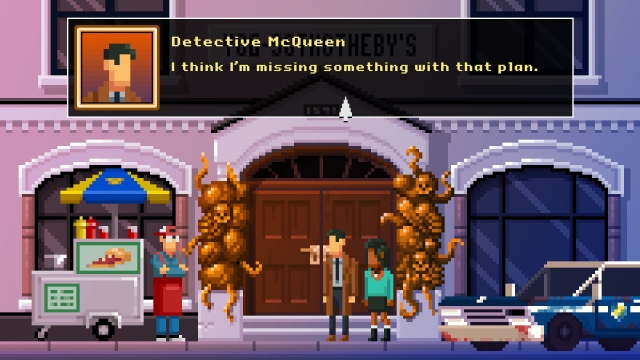 This entry in the Darkside Detective series doesn’t seem to rely on as many pop culture references as the first title did, which makes me a little sad since I loved those references. The game focuses more on the main detectives and the unique and eccentric personalities of the characters you come across. The cases in this game definitely feel longer and more challenging than the previous entry, but of course this will vary depending on your investigative skills. For me it took at least two hours for each case, but of course once you solve the case there isn’t much for replayability here. Though it would have been nice to have some sort of hint system, sometimes it’s tricky to know where to go or what I was supposed to be looking for without having to peek at a walkthrough. 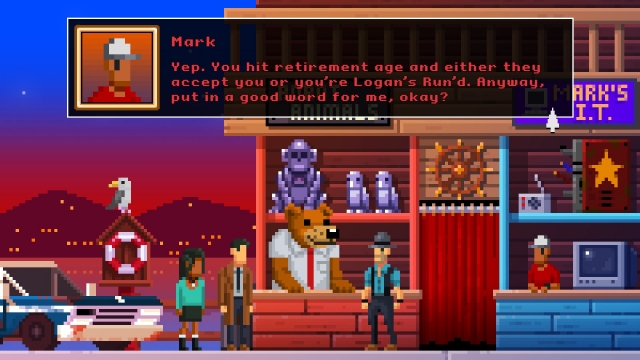 The Darkside Detective: A Fumble in the Dark has definitely kept its sense of humour. On the game's Steam page, it promises to deliver “photorealistic* Pixel Rendering (* Depends on your definition of photo-realism)” and states that it comes with a mail-in rebate to use for exorcism services from any hauntings resulting from playing the game. The simplistic pixel graphics do look great here, there is a surprising amount of detail shown with very crisp and clean lines with bright colours. 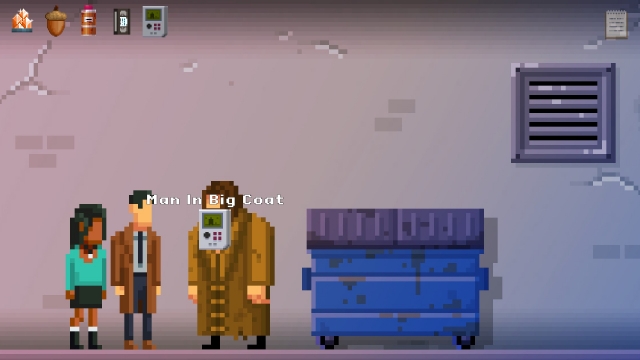 The music in the game is fitting with its creepy synth feel, but I’m really missing the theme song from the first game. It would have made sense to use it again and make it more of a staple to the Darkside Detective games. Sound effect wise there aren’t a ton of them since most of the time you are stationary and just clicking on objects, but when there was one it sounded good. 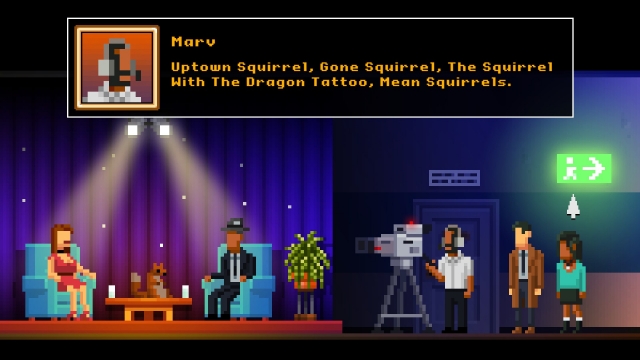 If you are a fan of the first Darkside Detective game, or point-and-click adventure type games with humour and mystery tossed in, Darkside Detective: A Fumble in the Dark is a must play game. I’m hoping more cases will be released for this title since the seventh case file title is “To Be Continued…” I look forward to helping Detective McQueen and Officer Dooley solve more cases that pop up in the weird and strange Twin Lakes area. 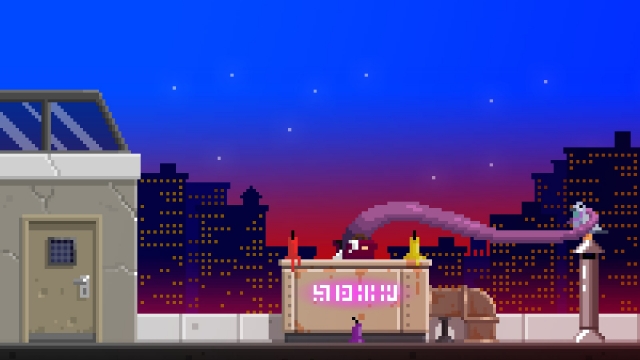 The Darkside Detective: A Fumble in the Dark (Reviewed on Windows)

The Darkside Detective: A Fumble in the Dark is a must play game for anyone who loves point-and-click adventure games, especially with a supernatural mystery theme. If you enjoyed the first game you obviously must play this title!

The Darkside Detective: A Fumble in the Dark