If you’re one of the people who have played The Elder Scrolls V: Skyrim so much that it got to the point where you had nothing to do, you’re not alone. Countless hours spent being the Dovahkiin, slaying dragons and saving the world. Great fun, but once you run out of quests and land to explore, what then? What if you've already stopped the vampire threat and built a family home? Thankfully Bethesda comes to your rescue with the second major DLC release; Dragonborn, a hefty content pack that unlocks not only an entirely new map for you to explore, but a fully fledged main questline, numerous side-quests, new shouts and perhaps most noteworthy: the ability to ride dragons. 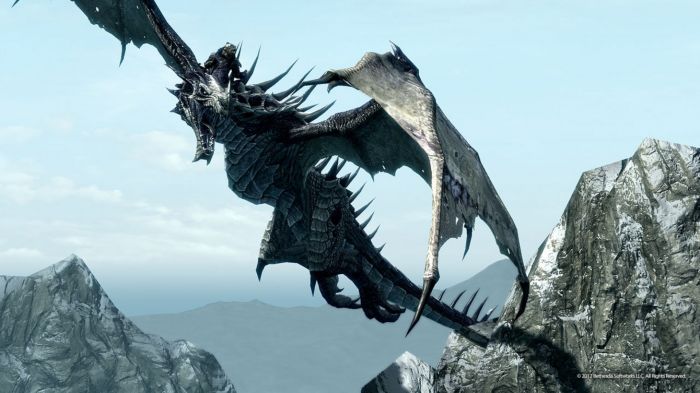 You’ll be able to get started on the newest offering after either starting a new game and completing a few of the main story quests, or if you’re sufficiently far enough on a higher level character, you can start it immediately. You do so by visiting any major hold in Skyrim, where you’ll be attacked by cultists. One of them will handily have a note telling you exactly where they came from - Solstheim. This will be immediately familiar to any fans of the third entry in the Elder Scrolls series: Morrowind, with Solstheim being introduced in its expansion pack, Blood Moon. To get there you simply hop on over to Windhelm and catch a ride on one of the boats there, taking you directly to the island’s main settlement - Raven Rock.

Once in Solstheim it’s quite clear you’re in a completely different part of the world; gone are the snowy mountainous ranges of Skyrim, replaced by a bleak, sandy and ashen land. Your quest here? Stop the leader of this cult; Miraak, the first Dragonborn and would-be God. He’s the definition of a bad guy; he has enslaved the natives to do his bidding, steals any dragon souls you earn while on Solstheim, makes fun of you for being a rubbish Dragonborn and tries numerous times to have you killed. Your quest to stop all this will take you around five hours, strictly sticking to it. There are of course a lot of side-quests to do in the interim, extending the playtime anywhere from ten to twenty-plus hours. Included is all the lore books, fetch quests and interesting locales to discover you would expect from an Elder Scrolls title. 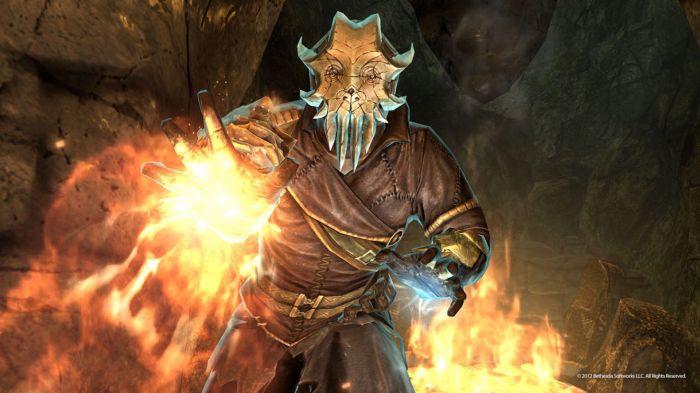 One of the most notable parts of the new offering, surprisingly, isn’t Solstheim itself, but a realm you can access from there: the horrific realm of Apocrypha, governed by Daedric Prince Hermaeus Mora. It feels almost cliché to describe it as such these days, but the absolute best term for this place is ‘Lovecraftian.’ Everything about the place seems like it would be perfectly at home housing the cosmic horror Mr. Lovecraft wrote about; from the odd geometry of the realm itself, to the creatures that inhabit it, right down to entering the realm through a dark, forgotten tome. There are five Black Books, each will take you to Apocrypha, and each will give you a different quest while inside it; with one relating to the main storyline and the others being part of side-quests. Once you have completed a Black Book quest you can choose a brand new perk. These can be changed by simply going back into the specific book again, so mistakes can be easily rectified. It’s not all smiles, though, as the DLC is riddled with bugs, some more serious than others. On our first journey into Apocrypha, during a side-quest, all the wonder was taken out of us when we discovered we were trapped in there, with seemingly no way out. The exit method didn’t work and there was seemingly no other option but to reload a previous save, and it took a post on Steam’s community hub from one of the game’s developers to get us back on track with a temporary workaround. We also had trouble absorbing dragon souls. Once the DLC was installed, a bug saw us getting no souls for killing dragons. However, this fixed itself some time later, when after fast travelling we were awarded the missing souls. Finally, and possibly the most annoying of bugs present, was to do with skill points. Upon completing the main storyline, you are given the option - in Apocrypha - to spend dragon souls to ‘buy back’ skill points. For example, if you had spent fifteen points in Heavy Armour but decided too late that you actually wanted Light Armour; here you can spend one soul, get all points spent in Heavy Armour back, then simply put them into their new home in the Light Armour tree. Trouble is, it took our dragon soul, but didn’t award us the points. This left us with zero perks in the One Handed tree, our only weapon perks, and no points to spend. A level 36 warrior with no weapon perks is no warrior.

While bugs should unfortunately be expected from any new Bethesda offering (did you know Vampire Lords are too tall to walk through doors?) the ones present in Dragonborn are enough to be game breaking at times. Exiting a realm should not require developer aid, nor should a high level character wind up powerless against heavily armed bandits. These can all be remedied with console commands, but the average player may well find themselves wasting hours backtracking through already completed content, just trying to get back to where they were, should they encounter one of the mentioned bugs. 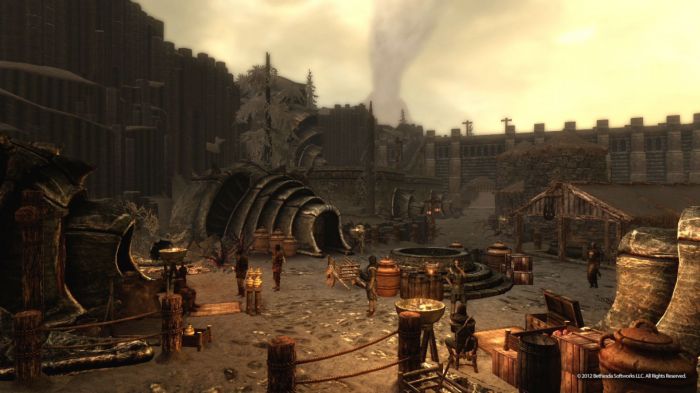 Dragon riding also suffers, not from bugs, but from bad implementation. Through one of the new shouts - Bend Will, you can tame dragons to be your personal taxi’s, which is effectively all they are. You can command them to attack for you, but the animations are slow and clunky, and in the time it takes you to kill one foe on dragon-back, you could have killed a squad of Whiteruns finest on foot. Awkward controls and general uselessness aside, it’s only required in one story sequence, and then it can thankfully be abandoned. Don’t get your hopes up of soaring around the skies of Skyrim or Solstheim on the back of a beast; you simply circle the area you are currently in with no direct control over the dragon itself. You can fast travel on a dragon, but it serves little purpose at all.

On a more positive note, Solstheim is a wonderful place to explore, giving the nostalgic feeling of being in Morrowind, with some old music, familiar settings and new content. It’s hard to explain how good it is to be called “outlander” by the native Dark Elf population once again. The island is about a fifth of the size of Skyrim, and offers plenty in the way of dungeons, caves and forts to find and clear. The new enemies and setting provide a great reason to jump back into the game. There’s also new armour for the budding smiths to craft, and new ingredients for those alchemically inclined to get finding. It’s a lot of content, and certainly a step above both Dawnguard and Hearthfire, but some pretty huge bugs are present in the game currently. The solid advice to any Skyrim, or Morrowind fan is to get this, but be sure to keep a backup save or two, you may well need them.

If you’re one of the people who have played The Elder Scrolls V: Skyrim so much that it got to the point where you had nothing to do, you’re not alone. Countless hours spent being the Dovahkiin, slaying dragons and saving the world. Great fun, but once you run out of quests and land to explore, what then?