The Game We All Have To Play Review

The premise of the game is to see how you can juggle different elements of adult life. You start as a baby and all you have to worry about is eating and sleeping, but then you get a dog, discover video games, and become interested in relationships. As you get older, you have to worry about things like work, marriage and having a child (this is apparently not optional, you’re having a child whether you want one or not). 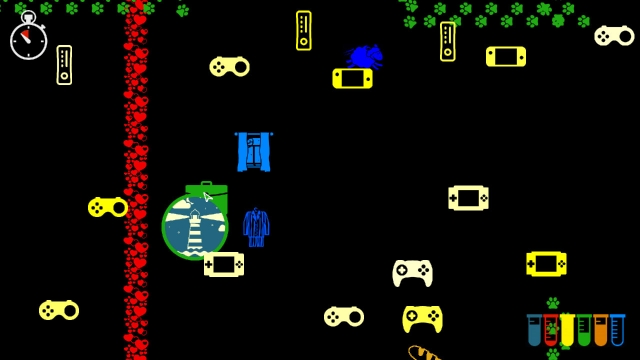 These elements are presented in the form of icons that fly toward you in different colours. Each colour represents a different thing, and you change the colour of the icon that represents you in order to collect them. If you are the wrong colour when you touch an icon, little test tubes in the corner of the corresponding colours go down. Your aim is to avoid any of them reaching the bottom. If this happens with food or sleep then you die, but if it happens with other life elements, then you lose access to that particular element of life for the rest of the game.

Whilst I loved the concept of this title, I found myself genuinely wishing that I didn’t have to play it after all. The spoken poetry that runs throughout, is just cringeworthy and after a while becomes very repetitive.This is especially true if you are trying to get through the game without losing any of the test tubes, as it’s incredibly difficult to do this and you will find yourself hearing many of the lines repeatedly. It doesn’t help that the game is so short, with a full playthrough being about 15 minutes, and deaths being more common than in Game of Thrones. To give you an idea of just how bad the poetry is, one of the worst lines was “Your dog chewed your controller while you were at school, You got super mad and hit him with a stool, It’s too late to cry, He will not revive.” It’s worse than the dreadful attempts at poetry we all wrote at school (please say it wasn’t just me).

If this was a flash game in the early 2000s on Newgrounds then it might have been worth a quick play for half an hour, but as a chargeable game on Steam, even at a rather generously budget price, I just can’t find enough to recommend it. It feels like a proof-of-concept demo that’s been released without adding the actual game to it. The fact that writing this review has taken me longer than it took to complete the game speaks volumes. At least completing this review will give me a sense of satisfaction, which is more than I can say for The Game We All Have To Play. 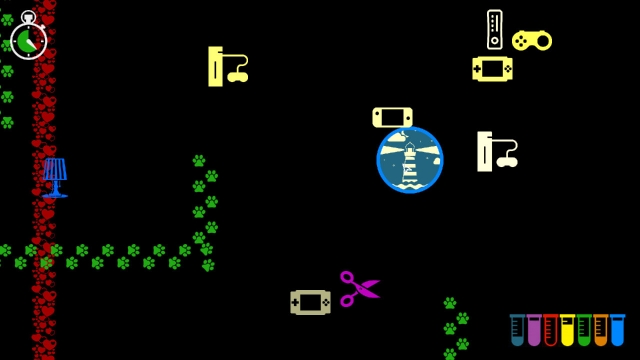 The Game We All Have To Play (Reviewed on Windows)

The Game We All Have To Play? I wish I didn't if I'm honest.

The Game We All Have To Play