I play a lot of games, and I’d like to think that I’m reasonably good at describing them. Every now and then however, a game comes along that I really struggle to explain. Games that don’t fit into an existing genre. Ones that I can’t just pass off as “The Dark Souls of x” or “x meets y”. The Lion’s Song is one of those such games, and the best I could come up with is that it’s an interactive story.

You see, this is a title that eschews the normal tropes of gaming in favour of doing its own thing. It’s got a lot of elements of a point and click adventure, but you don’t carry objects around and there are no real puzzles. Progress is made largely through exploration but it’s not a walking simulator. There’s a conversation system that has subtle nuances and affects the outcome of the story, but it’s not a TellTale style adventure.

The title explores the life of three characters in pre-WW1 Vienna. The stories of each are intertwined in ways that you start to notice throughout, and all of them share a common goal of finding their mojo. We have a painter, a mathematician, and a prodigious musician. All of them are struggling with taking their craft to the next level, but all of them have internal conflicts which hold them back. 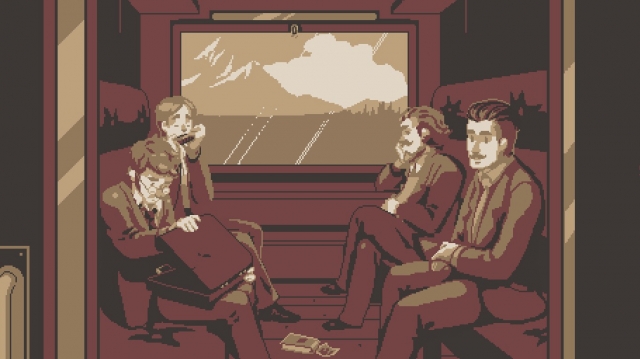 The art style stands out as being quite interesting. It’s pixel art, but with a very limited palette of varying sepia tones. It’s like playing out the events of an old photograph from years ago and it gives the game a feel very much in keeping with the setting. It re-iterates the slow and serene pace of the game, making this a great game to play in bed with the Switch in portable mode.

One minor niggle I had is the rather clunky control system. It uses one analogue stick and one button, with the same button used to examine a character or item, select a dialogue choice, move your character, or click through conversations. Because of this, it’s easy to accidentally move your protagonist instead of starting a conversation with another character. It’s easy to fix once you have, but it could have been avoided by using multiple buttons. It also means that if you are playing with the Joy-Con detached, you have to use both because it uses a button on the right Joy-Con and the analogue stick from the left. It’s certainly not a deal breaker, but if I’m relaxing with a cup of tea and this game, it would be nice to be able to play one-handed while I sip my beverage. 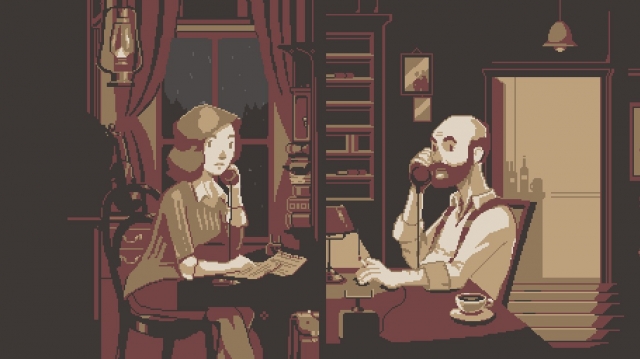 The first chapter puts you in the shoes of a musician composing the titular music. As you make decisions and play through the chapter, the composition takes shape, and it will sound different depending on what you do. This music then continues as a motif throughout the rest of the game, so your sonic experience will vary between playthroughs. I thought this was a lovely little touch that I’ve not seen in a game before.

Some of the conversations between characters feels a bit stilted. With a small development team working in a second language, that’s to be expected. It’s never particularly terrible, but just occasionally you can tell that it’s been translated by the author. I’m nitpicking here though. Even though the dialogue doesn’t flow 100% naturally, it’s still engaging, and I still found myself building an emotional attachment to the characters. For me, that’s what differentiates a good game from a great one. Completing a chapter not only gives you a recap on how popular or unpopular your particular narrative choices where, but it also adds to a main menu gallery of things that you’ve discovered which link the characters and their stories. Even though each chapter tells a different story and focuses on a different character, they are all related, and culminate in a final chapter which brings all three together and ties up all the loose ends.

What I found most remarkable in The Lion’s Song was the level of engagement that I found in a game where there are no specific tasks. Initially I found myself asking “but is it a game?”, but as time went on I realised that it doesn’t actually matter. To question that would be to miss the point of this unique little distraction. If you want a supreme challenge with lots of puzzles or beasties to combat, then this won’t be the game for you. If you want to relax with the lovely story of three people finding their muse, then you’ll probably enjoy this as much as I did. 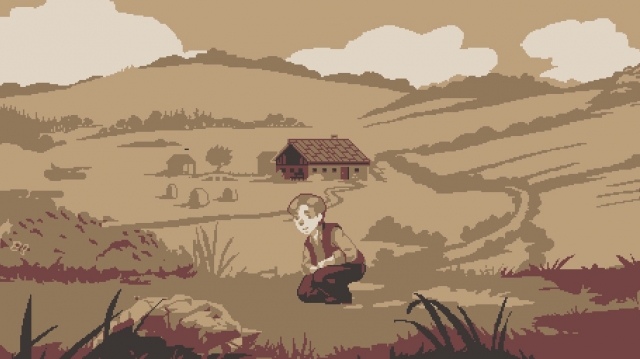 This is a charming little interactive story that warms the heart even if it doesn’t necessarily challenge the brain. If you like your games to be story driven with characters you’ll end up caring about, this is a must-have.