Some games take you on a journey that can last you for months or even years, and the memories of that game can last a lifetime. Others can keep you coming back for more, pushing you further through the ranks of its multiplayer and beyond. Then there are those that guide you through a cinematic experience that while mesmerising, leave you with wanting more. That is what The Order: 1886 is.

The Order: 1886 takes place in an alternative Victorian London, where King Arthur’s Knights of the Round table continue their endeavouring quest to stop the forces of darkness from returning to the modern age. You take on the role of Sir Galahad, a Knight of the Order; a legend among them, whose sworn duty is protect the ways of the realm by shooting first and asking questions later. As Galahad you’ll face up against the rebels of London, which are a threat to both The Crown and The Order. And not only that, you'll encounter the rise of werewolves, or half-breeds as they call them, which places a threat against mankind itself. Of course you are not alone in your mission, and you will be accompanied by other members of the order to fight alongside you. Being deliberately vague here, as I wish not to delve deep into the details of the games story, much in the same way you wouldn't want a movie spoilt, its strength comes from its narrative, after all, this is a playable cinematic experience. 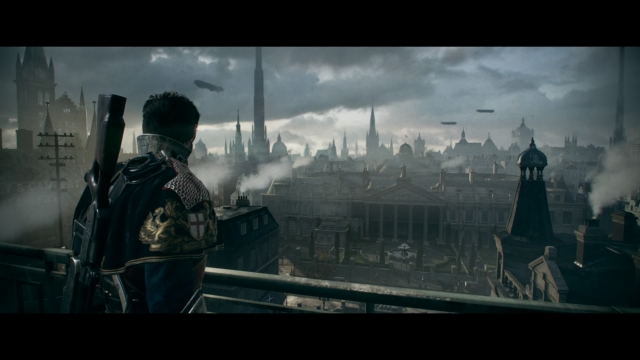 And speaking of cinematic experiences; this is up there as one of the best and most visually stunning games ever crafted. The Order: 1886 is designed purposely to have a 2.40:1 aspect ratio - same that movies are in, to further blur the gap between movies and games. Of course, having such aspect ratio does leave you with black borders, but it more than makes up for it in its technical achievement and showcase for the PlayStation 4. The developers Ready At Dawn have truly done an outstanding job. Everything is rendered in real-time, meaning that the transition between gameplay and cutscene is almost undisguisable. Not only does this increase the sense of immersion, it also means there are no loading screens between gameplay (since it’ll be all background loaded). This does mean however, that cutscenes are unskippable, which may annoy some but fortunately a detailed Chapter selection allows you to replay each scene (yes, they’re called scenes) without a problem. 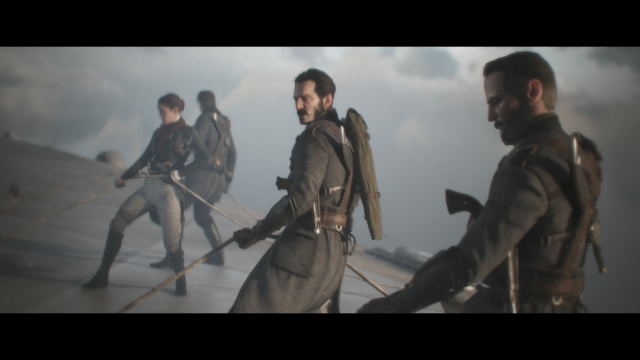 The Order: 1886 is a video game after all. With it being set In an alternative 19th century, science has prevailed as technology and industry has gone far beyond of what was actually available back in the real 1886. As Sir Galahad, you’ll have a wide variety of weapons and skills at your disposal. Combat will be very familiar to those who's a fan of Gears of War. With a third person, over the shoulder camera view you’ll be sprinting, sticking to cover and aim or blind firing your way through large groups of enemies through a variety of different environments within Victorian London, from the streets of Whitechapel, the shipping yard of Blackwall Docks, to inside and outside of a luxury zeppelin and more, each extensively detailed as the next.

When combat does hit; it’s enjoyable and weapons feel powerful, with hard hitting sound effects, whether it be a blast from a revolver or electrical shot from a tesla gun. The AI on the other hand feels dated, enemies will sit behind cover and will either pop out to shoot or be shot with very little flanking or pushing forward. The non-human enemy encounters are more tense, but less frequent. Though if there were more, it would become samey and repetitive. 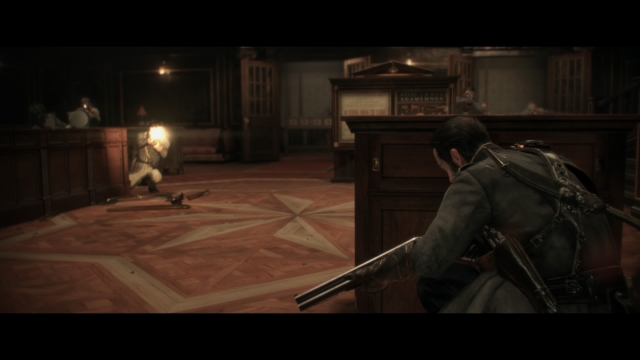 Other gameplay aspects featured, that many may dread are Quick Time Events (QTE’s). Which are quite frequent, but is by designed and the reason for the unskippable cutscenes. Most frown upon with QTE’s as being cheap gameplay tricks, in the case with The Order however, it’s all about keeping the player interacting with the story. It keeps you on your toes, and they’re not as poorly implemented as some would say. Yes, some are cheap such as the dreadful timed button prompts during the games stealth sections, but others offer multiple options to attack in the heat of the moment. Failing does mean restarting, but that isn’t any different from the QTE’s found in God of War or Beyond: Two Souls.

Outside of combat, the game encourages you get up and close with the highly detailed environments and objects. Many of which can be interacted with, from newspapers to photographs to weapons; you’ll be able to inspect each object, manipulating them to see every inch of detail. These are essentially the in-game collectibles, but still a nice added touch. 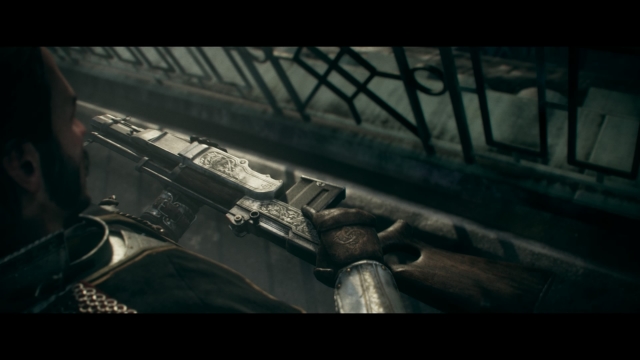 Overall, The Order: 1886 is held back by mediocre gameplay; it isn’t broken, but neither is it pushing any boundaries. It does its job and nothing more. It hasn’t got the next generation gameplay that so many desire, with last-gen gameplay and the inclusion of QTE’s this kind of gameplay has been done better. What it does do best is play on its strengths, which is its presentation and narrative and along side top-notch sound design, with excellent orchestrated music accompanied by outstanding voice-acting from start to finish. It is a mesmerising cinematic experience throughout, it’s only when you take control you realise it could've been so much more. And for all its beauty, it comes to an end so soon. As many have probably heard the experience is short lived, only lasting between 6-7 hours. Being a single player only title it has little replayability so, it is difficult to recommend at full price, but as a game bought on discount, borrowed or rented, it is worthy of your time.

Still, I commemorate Ready At Dawn for their technical achievement on the PlayStation 4, and it’s only just the beginning. They've set the bar high in visuals, and have laid out the groundwork for what could well be one of the best PlayStation exclusive franchises.

The Order: 1886 is a visually stunning technical achievement, held back by mediocre gameplay. Fortunately for Ready At Dawn they've achieved on setting the bar high in visuals, and have laid out the groundwork for what could well be one of the best PlayStation exclusive franchises.

8 Games That Should Never Have Been Made

It certainly is Dom, but like I said I have high hopes that a sequel will make up for everything. Sometimes you just want a highly polished single-player experience much like the latest Wolfenstein.

With you on that, sometimes a 6-8 hour story fits in much better to my life than a 40+ hour RPG/Grindy experience

Agreed. Take Dragon Age for example love the game, but I don't have the time to do everything. Something like this on the otherhand I can complete within weekend feels good. Instead of the urgh got another 10 hours of this!