The Walking Dead Episode 4: Around Every Corner Review

It’s been a rough ride so far. Each time a new episode is released Telltale has run us through a rollercoaster of emotion and hard-to-make choices. With this, the penultimate episode, things get even darker with some of the most thoroughly depressing moments in the series thus far. Coupled with the extended action sections, the episode really serves as a mixed bag in what should be a tightly woven narrative leading up to the grand finale. 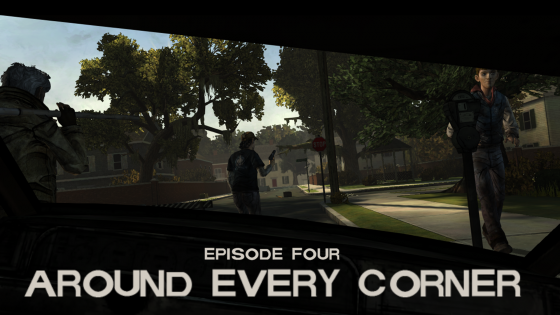 Don’t take this as meaning the episode is bad; it most certainly is not and it retains the same high level of graphic novel cell-shading and excellent voice work as always, but it isn’t as focused as any previous episodes has been and a few superfluous events only serve to throw false suspense and fear in every direction (note: this review will contain spoilers from all previous episodes, and minor spoilers for episode 4).

We start off with our team, led by convicted killer Lee Everett, Kenny, who is becoming increasingly erratic following the loss of his wife and child, Lee’s ward Clementine, high-schooler Ben, Chuck the homeless fellow and the new couple that joined us at the end of episode 3 - Omid and the female whose name I already can’t remember. That’s an important point - the newer characters (and Ben, still) aren’t interesting, and I never once found myself rooting for them in the same way I do Lee, Clem and Kenny, simply because they’ve been there from the very beginning, they are fleshed out and the newer entries just haven’t had enough time; it was too late in the day to introduce new supporting characters and they have suffered from it as a consequence. 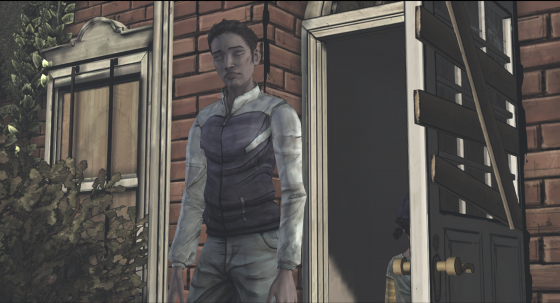 The gang have finally made it to Savannah, Georgia and the plan remains: get a boat, get onto the sea and... well, that’s the whole plan really. It’s the apocalypse, let’s roll with it. Of course things will go wrong and the episode is spent trying to put this plan into action, including sneaking into a section of the city where cruelty means survival, getting a hold of a battery, fuel and medical supplies. This is what your time will be spent with, mainly, alongside the usual conversations with each character in your group.

The overall narrative is sloppy for the first time in the series, with the main focus shifting from all-out survival to a bunch of side-stories you probably won’t care about, with the new character suffering the same fate as Chuck, Omid, female character and Ben - they haven’t had enough screen time. You’ll want the medicine should one of your main crew need it, not because the game tells you some cancer survivors and Omid need it, unfortunately the option to use it on your main group or save it isn’t given, with the medicine going to Omid at the first opportunity. This plagues the episode, with your reasons for staying off-objective always relating to others you really shouldn’t be stopping to help when things are as bad as they are. Of course, it’s always nice to see some humanity injected into the cold world Telltale has drawn, but it feels like needless filler in what should be an extremely tight set-up.

If there’s one good thing to come from all of this random character pop-up it’s the ninja-lady, Molly. She happily swings around the city like an ice pick wielding super-heroine, slaying any zombie foolish enough to get in her way; however she leaves almost as quickly as she arrives and you’re left with Omid and female, thinking of what could have been if, instead of the injured guy and his girlfriend, you had the ass-kicking lady at your side instead. 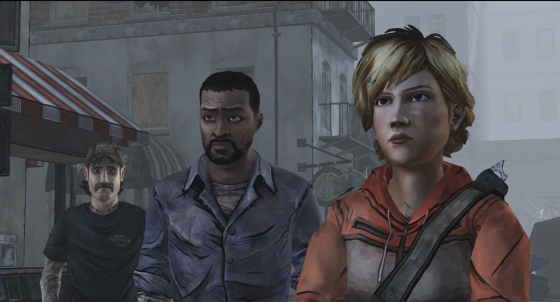 Only towards the very end of the episode do things focus more on what should have been all along - the voice on the other end of the radio in episode 3. The last ten minutes are the perfect set-up, and those last ten minutes feel like what the entire series has been building to, and it works perfectly to leave you frothing at the mouth waiting for the final part.

With an overall disappointing episode, but a fantastic cliffhanger and ending to ensure it goes out on a high note, Episode 4: Around Every Corner lasts about as long as each previous episode, coming in around 3-4 hours depending on how long you take to wander each locale you visit. In ‘gameplay’ terms it’s as polished as any other episode, but in narrative it falls shorter than any before it. Essential to any followers of the series so far, but definitely not the series’ high point.

It’s been a rough ride so far. Each time a new episode is released Telltale has run us through a rollercoaster of emotion and hard-to-make choices. With this, the penultimate episode, things get even darker with some of the most thoroughly depressing moments in the series thus far.