The third and final entry to The Witcher trilogy from CD Projekt Red has arrived: The Witcher 3: Wild Hunt. This outing is more closely linked to the books by author Andrzej Sapkowski than the predecessors that came before it, introducing characters developed throughout the novels into the game for the first time.

You pick up the reins of Geralt of Rivia once again, heading out into The Continent (some 35 times larger than The Witcher 2’s map) in a game that feels like a cross between Red Dead Redemption, the Batman: Arkham games (thinking of the detective mode/Witcher sense similarities) and insert-your-favourite-RPG-here for pretty much everything else and boy - does it mesh everything together beautifully.

Before continuing, though, I must mention the “Emulate The Witcher 2 Save” feature. This opens up alternative dialog in the game, that will only make sense should you have played through the previous games. A simple, but great addition to ensuring you get to follow through with your previous actions, especially if they are on a different platform. Dropping into the game, you’re treated with an opening cinematic that introduces you to the story (I don’t want to spoil anything here, lest it detracts from your own play through). The game then leads you gently by the hand in getting used to the systems and control schemes in the opening area, introducing you gradually to the varied inventory, character and crafting screens that you'll be making use of throughout. Tutorials become less frequent once you head out into the open world - but every now and then you'll come up against something new that you need to learn. It never becomes overwhelming, as you're given ample time to take in that information - or put it into practice before the next 'tutorial' appears.

A short way into the game, there’s a notice board (one of many) filled with jobs that you can take on. Picking up these jobs adds a number of hotspots to your map which correlate with different jobs. At this point, I felt compelled to go out and explore each point; though I mostly had to run off when I got there as I was either outnumbered or outlevelled by the enemy. The desire to explore further that this adds feels unlike other games, as there’s never a clear outlier of what you’re going to be confronted with when you get there, so you need to be careful not to rush in carelessly else it all ends badly - and swiftly to boot. 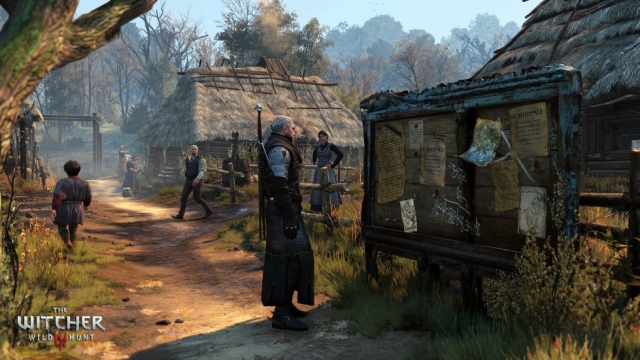 Which leads nicely onto character progression. It never felt like I was being artificially held back or being pitched up against enemies that the game knew would be too tough for me, I'd made the decision to go up against a couple of higher level ‘drowner’ monsters and more or less instantly met my own stupid fate.

An earlier battle against a gryphon lead to a couple of revelations. First, this isn't just any hack-n-slash RPG. You can't just charge in, swords flailing and expect to come out on top (at least not on hard difficulty anyway), you have to plan your fights more carefully, learn the enemy’s attack patterns and strike when you know you can do so unscathed. It took a couple of attempts to get the pattern down with the gryphon, but the feeling of achievement from finally downing the beast was immense. I highly recommend playing through on hard if you like a decent challenge.

Secondly, my inevitable deaths to the gryphon meant I had to load up a previous save, which feels like it just takes that little bit too long to process, especially when you're itching to get back into the action. 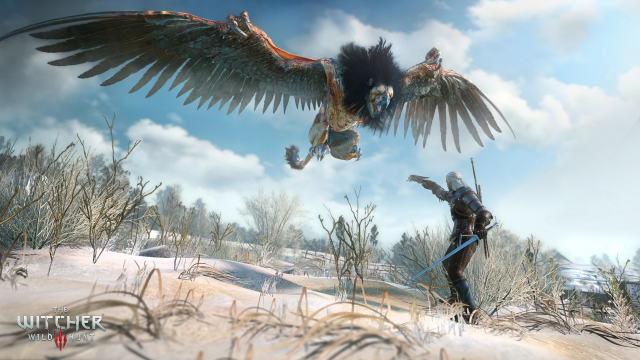 I’d settled down for a game of Gwent in a bar versus a scholarly type - a card game where the primary objective is to have a deck on the board that has more strength points than your opponents in a best-of-three getup. It struck me that this part of The Witcher 3: Wild Hunt - whilst a mini-game, still had the same level of polish and finesse that’s seen throughout the rest of the title. I dealt with the first round swiftly, then realised the error of my ways: it’s a three-round game, so you need to hold some cards back for the follow up rounds. Some time is needed to learn the strategies to play effectively. You can also pick up cards all over The Continent to build up your own deck; a nice little sideline when questing and killing becomes too much.

Undoubtedly though, one of the finest things that CD Projekt Red has put in The Witcher 3: Wild Hunt I discovered by accident. Years of playing RPGs has lead me to the point where if an NPC motions you to follow them, you have to play the awkward game of run-walk-run-walk. For some reason, NPCs in these types of games tend to walk slightly faster than you do, but oh-so slightly slower than you run. Not here though. You jam that stick as far forward as you like. The NPCs here will match your speed, not the other way around. A small, but hugely pleasing addition. If it seems small on the grand scheme of things, that's because it is; but it goes to show the amount of attention to smaller details that CD Projekt Red has stuffed into The Witcher 3: Wild Hunt. 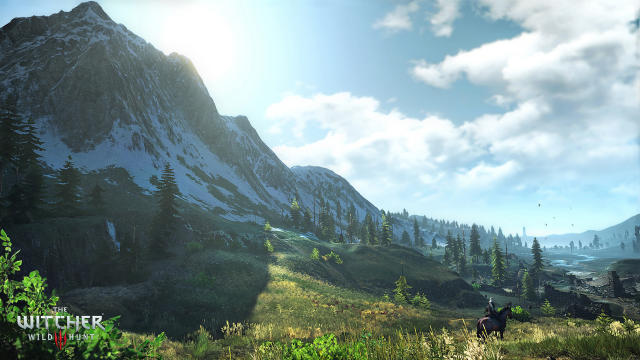 All of this is brought seamlessly together by an awesome soundtrack, great voice acting and an absolutely stunning landscape. Veering off the beaten path into tasks outside of the story never feels like a chore; like something you need to do to progress, but there's a feeling of having made a difference to the lives of those you meet along the way, whether that’s for good or bad.

It's proved very difficult to find something wrong with The Witcher 3: Wild Hunt, with only the aforementioned loading times being the real detractor here. Even then, it's such a small issue that it is rarely a cause for concern. If anything, I found that the loading time can be put to good use to reflect on what happened in the lead up to your death, allowing you time to analyse the patterns of your foe. If you're good enough at the game to keep yourself away from the icy clasp of death and prefer travelling across the land rather than using the fast-travel option, you’ll scarcely see a loading screen anyway.

Move over Skyrim; take a seat, Dragon's Age. There's a new game in town, and that game is The Witcher 3: Wild Hunt.

The Witcher 3: Wild Hunt (Reviewed on Xbox One)

A huge open world, filled to the brim with life, death and everything in between. It truly is a sight to behold. CD Projekt Red have done great things with this title and RPGs all-round should take note.

How The Witcher 3: Wild Hunt Made Superstars of CD Projekt RED

Ten Board Games For The Video Gamer

Great review, nice and spoiler free. The scope of the game is massive, it's honestly overwhelming, but so good that it is. 20 hours in and I've barely scratch the surface.

Same here I'm barely into the main quest cause there's so much to do.

I'm disappointed by another clickbait review from GamerzGrinerz. Only 10, when other sites have given it 100!

HOW GOOD IS GWENT!!!

It's all good though cos now I'm gonna get it.