Toy Odyssey is an action-adventure platformer. Playing as the toy solider Brand, you must trek through the Clade family home, defeating the evil toys while rescuing the kidnapped good toys. Taking place at night while your owner, Felix, is asleep, you must fight your way through each randomly-generated level, vanquish bosses and complete objectives. 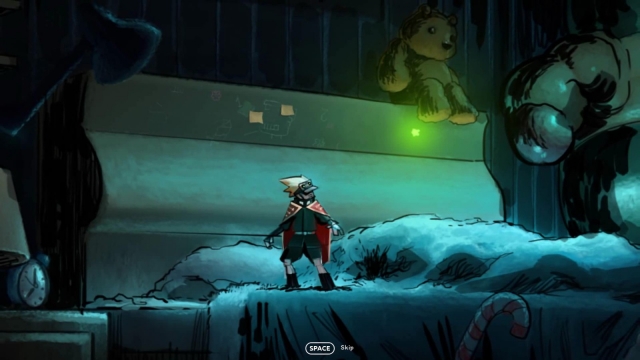 Toy Odyssey plays very similar to the indie title Rogue Legacy. Like in Rogue Legacy you don’t just go point A to point B, death being the end of your journey. Initially you will be too weak to complete your objectives. The point of the early game is to get as many gears and items as you can. You will die. A lot. But in death you get transported back to Felix’s bedroom and here you can level up Brand, use the items you’ve collected to build new, bigger, better weapons and then go back out into the house and destroy more bad guys, collect more stuff and slowly build up to saving the kidnapped toys and defeating bosses.

As well as enemies out around the house, Felix’s bedroom can also be raided by evil toys. To stop this from happening you use your metal nuts and collectable junk to build defences and offensive weapons, creating a fort in Felix’s room and giving the game a tower defence mode. While it might seem odd to throw a random tower defence game into the mix, it works well and gives an otherwise empty game more content. 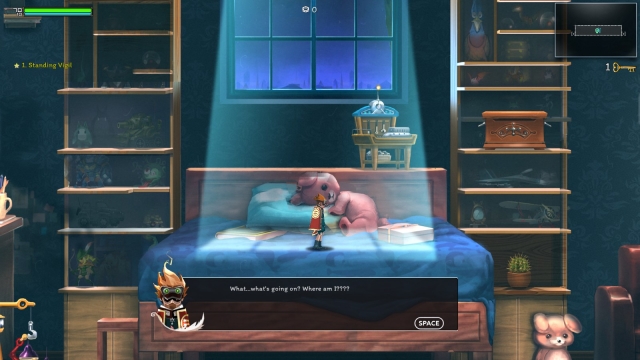 The biggest problem with Toy Odyssey is there isn’t much to keep you playing. The formula of going out, defeating enemies, collecting stuff, dying, making yourself stronger so you’re able to defeat harder enemies and bosses, rinse, repeat gets repetitive pretty quickly. While there are diary pieces to collect that flesh out the story of the house and its past occupants, there’s not much to the plot of Toy Odyssey. If you enjoy a challenge to your video games then Toy Odyssey will hold your interest. If you want story and motivation to keep going then this is definitely not your cup of tea.

Though there might not be much to it, what Toy Odyssey does do is very well polished and extremely well done. The game play flows well, the art style looks amazing, and they’re complimented by gorgeous graphics with an amazing soundtrack. Digital Smash has obviously put a lot of care and effort into Toy Odyssey and a developer we should all be keeping a close eye on for the future. 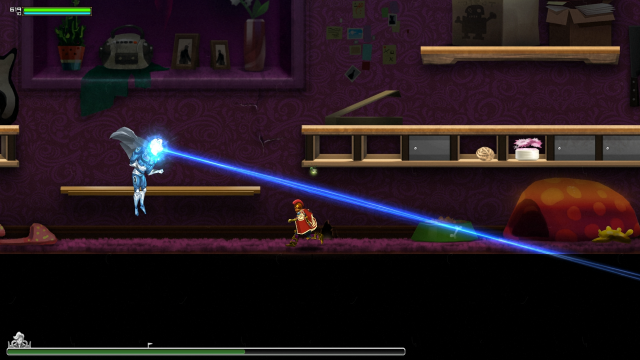 Toy Odyssey: The Lost and Found (Reviewed on Windows)

A beautiful, fun to play game with a lot to collect but not so much to actually do by a promising indie developer. Those who want a challenge should play this game ASAP.

This Boote was made for playing videogames.

Toy Odyssey: The Lost and Found