Viscerafest is a retro-infused first-person shooter set in a colourful sci-fi world, where you play as an overly hyper and nerdy psychopath chick. The game is developed by Acid Man Games, FirePlant Games and published by 1C Entertainment

You play as Caroline, a 27-year-old bloodthirsty arms-enthusiast mercenary who's just as cute as she is ferocious when she isn’t pummelling and eviscerating hordes of enemies. Caroline wants to propose to her alien boyfriend Athens Fetter; however, the issue is Caroline can’t afford the ring and needs the cash to do so. 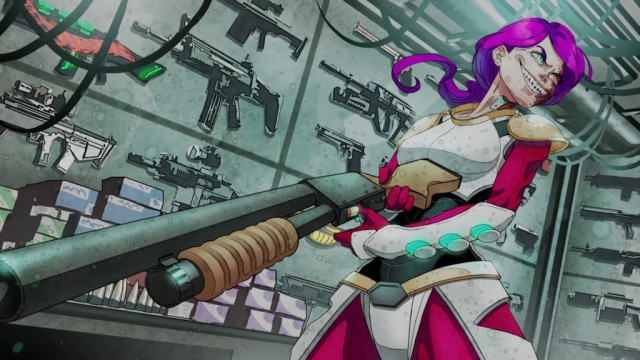 Interestingly, she learns of a hefty bounty being advertised for a warlock named Cromune who is a part of an organisation that has been conducting illegal science experiments. This is just the opportunity Caroline needs - keep the plan simple, break in, kill the target, collect the money and get home in three days just in time for the big date night and proposal.

The narrative is simplistic and is a story infused with humour. The protagonist is sarcastic and has funny banter for situations involving the alien enemies. Some of the aliens themselves speak lines of dialogue in a shrill voice right before you punch and smash them into bits. There are even some surprises in the story that proves Viscerafest is more than a standard sci-fi shooter. 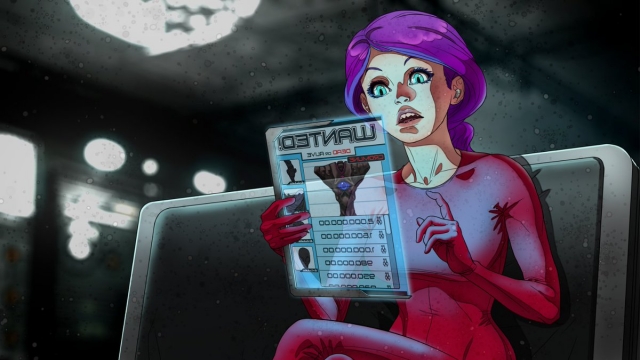 The game’s cutscenes made up of still images with a hint of animation are beautiful in detail, the art here is just fantastic and the design of characters reminds you of something out of a comic book. Viscerafest’s in-game graphics takes inspiration from past titles such as Doom and Wolfenstein 3D but some assets were lacking detail but the aesthetics do a good job of serving the gameplay.

Viscerafest boasts a lot of personality partly due to the protagonist. I had a blast with Caroline mainly because she was one of the better fps heroes that I’ve played in a while. The best comparison I can give is if Harley Quinn fused with the Doom Slayer and voila you get Caroline. 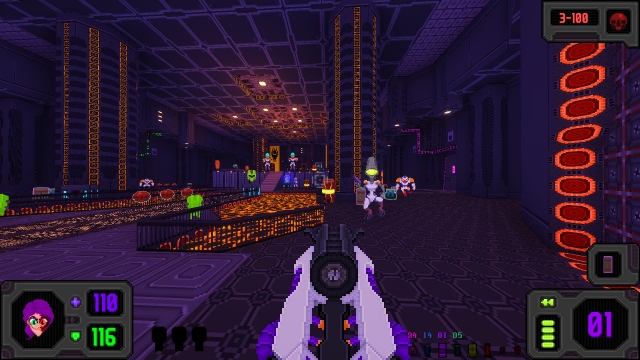 The tutorial does a good job at familiarising yourself with the gameplay and encourages different mechanics like bunny hopping which easily becomes the preferred method to traverse through environments along with the dash ability which amplified the crazy arena battles I encountered throughout the game.

Viscerafest is solid as a rock and doesn't mess about. The Aliens are sharp and smart, and their attacks really pick away at your health and armour quickly. Each alien has their own specific unchanging attack patterns which have their strengths and weaknesses. With a wide selection of different enemies, you'll constantly come across new challenges and different scenarios that'll test your limits as a bounty hunter. 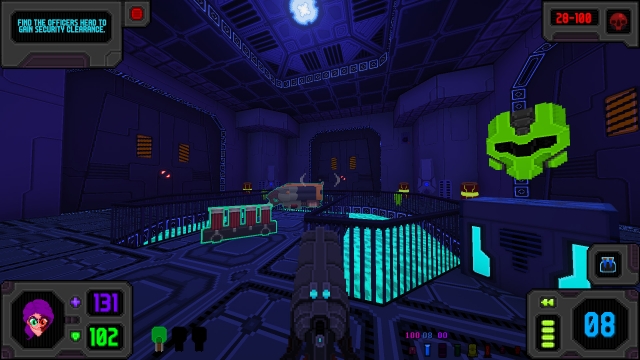 Like all arena-based shooters you start off with a pistol which helps you get out of sticky situations when facing weaker aliens. You'll have a pretty diverse selection of weapons, from the obvious pistol to different and unique shotguns and even more. But as cool as guns are, your fists are also a force to be reckoned with.

You'll need to switch between melee and using weapons if you want to survive, because ammunition is rare, so switching between weapons and pummelling enemies helps better your strategy. Close Quarters is dangerous in Viscerafest, but you have no choice when you're running low on ammo. It's a very simple and fun premise that works well in this title. 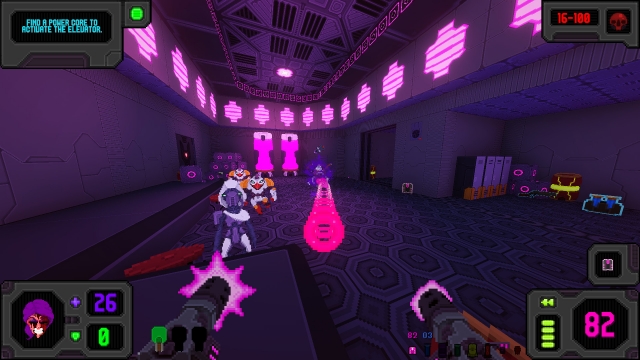 The game teaches and wants you to learn and know all these attack patterns off the back of your head and pre-emptively counter it. Getting to that stage will mean plenty of trial and error, death and a crushed spirit. But once you do know your way around with ease, the satisfaction of eviscerating your enemies as you walk into every room with confidence will make all those deaths and reattempts worth it.

The level designs are great for the most part, I absolutely love the retro pixelated look of the games that have inspired it, which is a common but solid direction. Viscerafest goes for bright pinks, purples, blues and greens which really makes it stand out from previous arena shooters.

Levels have different keys that you'll grab to unlock new doors, all the while requiring players to go from area to area in order to proceed. The arenas in which many of the battles take place are fun and complex and no room feels the exact same.

Levels also have hidden collectibles known as skullies, these collectibles can be used in the game's hub to purchase modifiers and cheats that you can use whilst replaying through the campaign's levels. These could be anything from basic invincibility to making time slow down.

In summary, Viscerafest is a carnage-fun experience and I enjoyed every second of it, though some of the in-game graphics could do with a polish, it can’t be overlooked for its gameplay mechanics and absolute blast of a journey. To my surprise, the main protagonist has become one of my favourites. Retro shooter fans should definitely pick this one up!

Viscerafest is the Perfect Retro FPS for This Valentine's Day