The first story DLC for Watch_Dogs 2 has come out, and I was eager to return to San Francisco for it. Human Conditions is made up of three separate storylines: Automata, Bad Medicine and Caustic Progress.

Automata starts on a rooftop where there is talk of the sexual tension Marcus and Wrench share. When Wrench says he wants to show Marcus something in a low, sensual voice, causing Marcus to looks at Wrench like “wtf dude” before Wrench explains “on my laptop”, which I thought was a funny line.

Wrench shows him a video of a guy talking about a self-driving nudle car, after which Sitara calls and tells Marcus to use the drive: SF app to basically kidnap a guy. You have to distract a nudle engineer long enough to hack his phone and trick him into leading you to the secret facility where he works.

Whatever you do don't fall off the roof when you leave, like I did without looking where I was going. You're timed in the second half of the mission where the engineer leads you to a place called KODAPRINT. You then start the next mission where you have to download car blueprints. I managed to use my RC car to gain access and unlock a garage door to let me in pretty easily. Be careful, as they have two robots and their alarms go off if you get to close to them. While downloading the blueprints I got caught, and then once finished I had to run out like a bitch.

The next mission has you hacking into a terminal to upload malware on the vice president’s laptop, then you have to take a picture of him before hacking into his house and listening to some audio clips. From there you have to rig the TV station WKZ with surveillance (plug DedSec’s USB into a computer, bug a meeting room) after which you steal a car WHICH DRIVES ITSELF! Until you have to hack it, and oh my god you have to hack it while it's driving. I do have to say though, Wrench cracked me up with his crazy chatter over the phone. 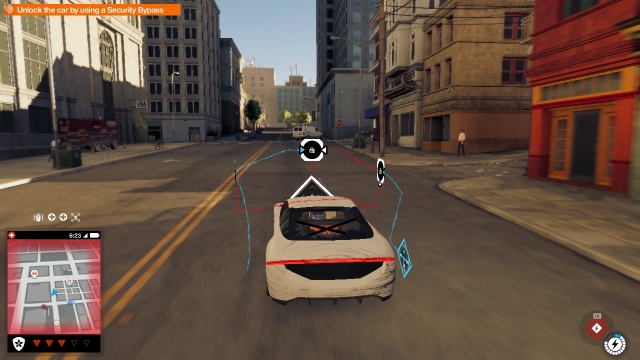 In Bad Medicine you start off by talking to Josh and Wrench about hospitals being hacked. You have to track a ransomware source by hacking into a company called Streamer, which sees you hacking an RC car that you find to go around the building and upload a DedSec backdoor. This is one mission that I found very hard, having to hack things to move platforms for your RC car to jump on, then hack something and upload... it took me at least three tries to do this mission. You meet up with Jordi from the first Watch_Dogs, and end up working with him. 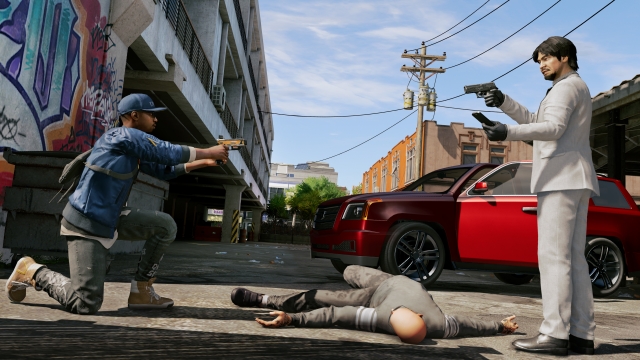 As always, it doesn't go to plan, and you have to get into a boat and go over to this huge ship to hack a safe room security camera. Of course, I ended up hitting a police boat *facepalms*... You then have to hack around the nearby cameras and you see Jordi kicking the crap out of people while you're trying to download the ransomware. Once you’re done, he says that he’s in a good mood, and dealing with his issues with his therapist, but next time he might just shoot you.

Finally in Caustic Progress you meet up with Lenni, the leader of the Prime_Eight hacker group, in the wild club where she tells you about finding homeless people with some kind of technology in them. So you leave the club to go investigate the homeless encampment, and you end up talking to a homeless woman who tells you about a “Death Clinic”.

After finding some clues, you head to another part of the map where you have to hack a doctor’s datapad, then sabotage the mobile clinics. Next you meet up with Josh and, of course, Lenni ends up cooing over Josh, and you see a very strange side to Lenni when she talks to Josh calling him sugarplum and saying Josh can’t go on the mission with Marcus.

Anyways, you and Lenni are in the RenSence building and you have to hack the door to get into the lab, in order to sabotage the RenSence project, free some captives, overload nanotech container’s pressure and get the nanotech deactivation code. 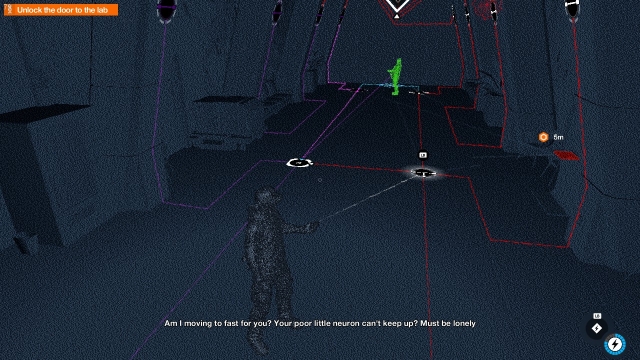 This DLC continues to deserve the high praise I gave the main game, with a good script, fun characters and interesting missions. I had a lot of fun with it, even though some of the objectives can be difficult.

This DLC continues to deserve the high praise I gave the main game, with a good script, fun characters and interesting missions. I had a lot of fun with it, even though some of the objectives can be difficult.