Science fiction has always been a major fascination for me, and the source of some of my biggest gaming fantasies, so when the chance to cover X Rebirth came up, I jumped on it without any hesitation. I have had brief encounters with the X series of titles in the past and do own several in my Steam library, I have read about them many a time and heard great tales, but being primarily a multiplayer and MMO gamer for the majority of my gaming years, I had never personally sunk myself into one. With Egosoft’s newest offering I figured this is the perfect time to scratch it off my bucket list and finally embark on what I hoped to be a fulfilling experience.

I had already been observing X Rebirth at the recent GameOn LAN event, viewing our community member Ning as he carried out his own adventures, and offered me some insight into the game itself and its state since release. It is no secret the game has its share of problems and the games’ forums are certainly quite a hotspot right now for many players stuck in unexpected situations. There have been several patches released since launch and an opt-in weekly beta patch program recently added. There has evenbeen a public apology from the devs. It’s clear things were not going to be in great shape, so it was with that knowledge I fired up the game myself and went in with an open mind. 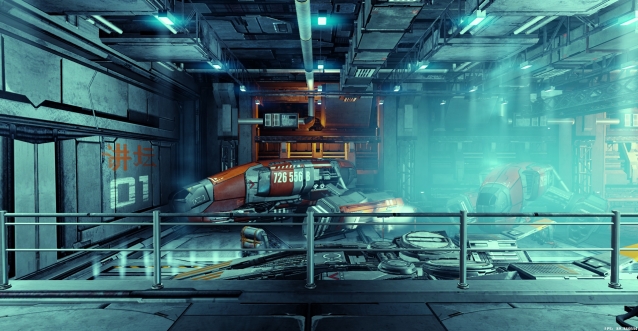 The first thing that struck me upon starting the game is that for a ~5GB download, it looks frickin’ nice. The lighting and shadowing are sharp and used well to bring the cockpit of your ship to life. While it’s not a physically-enabled cockpit and feels a bit static at times, it’s a reasonable layout for its purpose, and there is an abundance of world lighting in the game which pleasantly bleeds in. I was a little disappointed I couldn't interact with more of the cockpit; well any of it to be honest, and maybe it will come later or the community will no doubt mod it in, but right now it was time to get moving and start my career.

Controls are simple enough to pick up. I tried both keyboard and mouse and a 360 pad, and could happily get around with either. The one odd thing about the 360 mapping is there is no roll bound to it. Maybe I am just getting old but something about that just didn't feel right to me while flying, possibly due to my aviation background, so initially I leant towards keyboard and mouse control. Things felt relatively smooth; frame rate, although not outstanding, wasn't an issue either. I have seen a lot of performance complaints, but I didn't suffer in any way for the duration of my journey on what I would class a mid-range gaming desktop. I didn't touch any of the in-game settings, all on default, as I feel that’s the way it was put out and intended to be seen.

Up until now things felt good, I had been floating around, adjusting to my new home, and was starting to pay more attention to the tutorial, heading off and following the instructions as they were given. I have never been a person that has much issue with picking up new things, but X Rebirth seems to do just about all it can to confuse and clunk you into madness. The UI really has no clear direction in what it is trying to achieve, and is somewhere between a radial Xbox interface and a mismatched web UI. With it being an exploration-based game for the most part, you would expect some great mapping, navigation being needed immensely, but what's on offer is, in my opinion, completely useless. 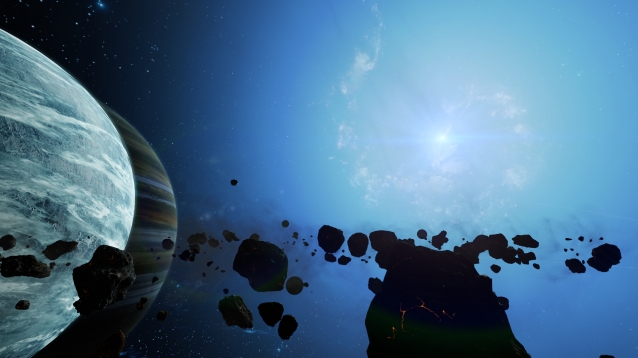 The in-game maps are in several stages, each more local and detailed than the last, but what detail they were aiming for when they designed them I don't know, as they are completely dysfunctional. If you like looking at a mass of layered 3D objects with no real key or clue as to what they are, you will be fine, but trying to make any sense of what's going on will just leave you with a headache. It’s just a mess, there is no other way to describe it. It was clear I was going to have to find another way to navigate, and luckily the community have produced some maps already and I was soon back on track. Is it right I had to go searching on Google at this early stage? No, probably not, and I am certainly not the only one that finds the map interface a joke going off a few posts I had skimmed through. As someone that doesn't mind doing research as they play though, it wasn't that big a deal in the grand scheme of things and I quickly brushed it off and went on my way.

Now able to get anywhere I wanted with relative ease, things felt instantly better. I didn't feel as confused, or scared to get lost, in what does feel like a rather huge game world. The scale of everything is initially quite grand and is rather epic, you truly feel a part of an entire new world and way of civilisation, until you actually board a station or try to communicate, and realise you're the only entity in the universe with a brain larger than that of a potato.

The AI is terrible. Personally from a title like this I would expect some form of reputation influencing discussions and reactions. I would expect to be able to guide a conversation based on my choices. It doesn't have to be fancy or special, but I need to feel involved, something, anything, just give me some interaction with meaning. X Rebirth seems to have none. NPCs are pot luck as to if you get rudeness or help, and it’s the first time in a while I have wanted to punch several people in quick succession, which coming from a Mancunian is quite a statement. Coupled with the annoying interface and mediocre-at-best voice acting, things quickly get frustrating, and the lack of being able to communicate on even the most basic human levels is a major hinderance to the game, its atmosphere, and any chance of in-station immersion. I travelled to other stations, hoping for something more, but was met with much of the same, and came to realise, despite this seemingly large world, there are only three station layouts in the known universe, making little sense and bringing the realisation that X Rebirth is actually much smaller than first thought. 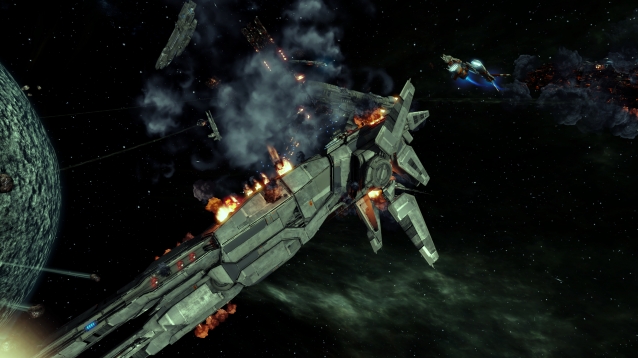 At this point dreams are quickly unravelling, and I had to wonder where it’s all gone wrong. Clearly they have had success in the past with the X series, and it has a huge following for a very niche genre, but X Rebirth is looking more and more like a misdirected mess of a release. Very little works, things feel unfinished, even unthought of. I fail to see what they were even trying to do with many things, and how any of it made it out the door at all. I am becoming sad.

About the only thing it seems that’s been done well in X Rebirth is taking a small amount of content, and giving the illusion that its something huge. You quickly come to find that the bread and butter of X Rebirth is trading, which is no big surprise, but the surprise is that you actually do very little of it yourself, and instead direct other ships to do all the work for you. While an interesting idea, it’s just completely crippled by the annoying interface yet again. Beyond that you are lucky if trades actually happen at all, and you are often left watching a ship and wondering if it’s actually doing anything or they have stopped for a permanent lunch break. On starting this review it wasn't actually possible to get past what I would even consider just tutorial missions without directly editing game files to correct a failing trade, something I was not willing to do, nor should anyone that has paid top dollar for a new title. X Rebirth is by no means cheap, at £39.99 on Steam at the time of writing, you're paying a premium for a title which is in an Alpha/Early Beta state at best. Right now I am honestly feeling there is something big that's happened to force this title out the door. There has to be, because no one in their right minds would release a title like this without absolute desperation.

It was at this point I decided to stop. All in all I have had around seven hours in game due to no fault of my own, as the game is completely broken at the moment. I have clearly been crippled by bugs and annoyed by the dull and meaningless conversations, but for some reason I am still left hoping for more. X Rebirth has potential, and had it been able to capitalise on the initial feelings you're given when entering the game it could have been and still could be huge. Normally I am quick to dismiss something that’s released unfinished, and I am not one for excuses, but I do feel something has happened that the developers cannot disclose, and that we do not know about yet at this point to bring X Rebirth out in this state. There has been a public apology, and statements and interaction that show Egosoft do want to fix their mistakes and work to bring X Rebirth to life, which I am keeping in mind, but its hard not to be disappointed with what I had hoped to be something special.

There’s a patch downloading right now as I finish writing this up, and I am hopeful it will bring more fixes at the very least, but I would say with X Rebirth, what we have is an Early Access title, mislabelled and pushed out, that won't be really playable, or fully reviewable, for 6-12 months. Between the devs and the modding community, X Rebirth will become something, but what that will be, only time will tell. In its current state, given room for potential and circumstances, I feel I am being extremely generous giving X Rebirth the score I have. I truly hope in a years time I can look back at this day and laugh as I rewrite this review with at least double that score, as its certainly possible, but only Egosoft can determine whether that becomes a reality.

X Rebirth will become something, but what that will be, only time will tell. In its current state, given room for potential and circumstances, I feel I am being extremely generous giving X Rebirth the score I have.