Disney Dreamlight Valley is charming, and it's not just because of the cast of characters and references it has. What makes this game delightful and magical is how well-implemented the mechanics are, and I'd love to tell you why! So, without further ado, here are some of the things the game got right that others don't. 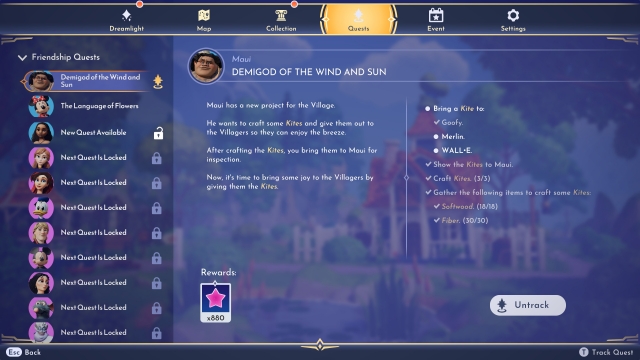 One of the biggest issues with life simulators is that they only rely on you walking around talking to NPCs and farming. It feels like a lot of the effort has to come from the one playing it, to keep in mind some sort of roleplay lest the game becomes a tad boring. In Dreamlight Valley, however, the constant missions and interactions make it feel like a brilliant mix of Kingdom Hearts and Animal Crossing — you're walking around in your own town, befriending villagers, but you're also saving their lives and helping them through the quests. It's fantastic and helps the player control how much they want to spend on the simulation aspect so they don't burn out from harvesting carrots. One of the most important features is the friendship system, as it's what helps you connect to the nostalgic characters. Although watching Goofy fishing in the meadow or hearing Merlin yell at you to have a great morning is enchanting in and of itself, being able to interact with them in a much more personal way is fantastic. Although the system is similar to Stardew Valley — being able to talk to them once and also gift them daily — the themed rewards and additional quests make it that much better. They're quite true to the characters too! 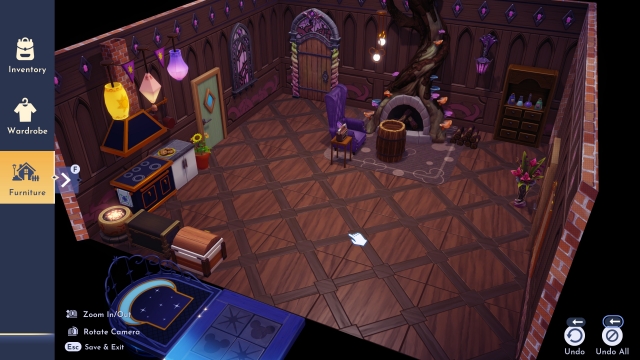 As a huge fan of decorating in games, I've been through many titles trying to quench my thirst for it ever since I was introduced to Animal Crossing. Unfortunately, most of the time, games don't do justice to what you could do by either creating strange limitations (such asNew Leaf) or having few items, making it a bit boring to decorate more than a handful of times! I've come to expect these downfalls, so when I played Dreamlight Valley, I was completely taken aback by the amount of freedom I had! Especially when I realised I could move even the buildings in town. It was a nice breath of fresh air! 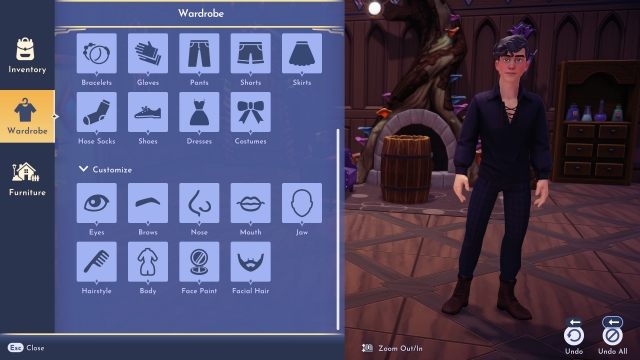 One of my favourite features that have become more common in recent years is the ability to change gender in-game. Although it might not be useful to most people, it's very heartwarming to me when a developer adds it to their game, as it's crucial to me and many others in the gaming community. Aside from letting you change your gender at any time (and even save the look of each one for ease of access!), you can also edit everything else at any time. This opened a lot of opportunities to experiment with styles! One of the best things about Disney Dreamlight Valley is the number of things you have to do. I have spent nearly 30 hours now, and I've yet to do half of all the things I want to accomplish. I don't think I've ever played a game that had me running wildly switching from task to task like this; it's hard for me to get bored when I can change to a completely different goal whenever I'm getting burnt out from doing the same thing. Being able to stop doing quests and life simulation tasks to go and farm some milestones instead is phenomenal!

Disney Dreamlight Valley is easily one of my absolute favourite titles this year (if not ever)! It's charming, fun, and flexible! These are just some of my favourite things about it. Have you played it? Did you like it? Let me know down below!