It’s November 1997, and Steven Spielberg is in the middle of making his World War II film Saving Private Ryan. During production, the legendary filmmaker wants to expand the public’s knowledge of the second great war, and so he meets with a team of videogame developers to see what can be done. That team is Dreamworks Interactive, and together with EA Games, they begin work on a game that fits into the radically new and popular genre that has been taking the world by storm: the first-person shooter. Two years later, that game releases on the original PlayStation as Medal of Honor. And a revolution takes place.

On Halloween, the Medal of Honor series turned 20. The original game starred Lt. Jimmy Patterson working for the Office of Strategic Services – a real life organisation that was the forerunner to the CIA. Authenticity was a major focus, with the developers bringing in experts to consult the 1940s wartime imagery, weaponry and atmosphere. Gunshots were recorded from the actual weapons used by OSS agents and original WWII footage was spliced throughout the experience. This attention to detail garnered Medal of Honor glowing praise and the game sold in the hundreds of thousands. It was truly the start of something special. 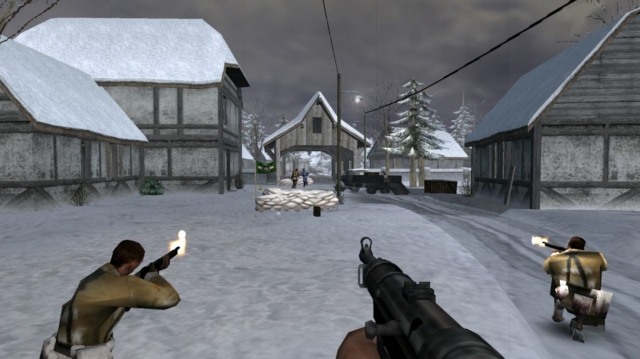 One year later, a sequel, Medal of Honor: Underground, made its way onto the PlayStation. The story this time centres on French Resistance fighter Manon Batiste who battles the Germans after the death of her brother. The story was more personal, with a greater emphasis on fleshing out the protagonist who was based off the real-life OSS agent Helene Deschamps Adams. Two years after the PlayStation version, a Game Boy Advance port was released that retained the first-person perspective but is probably best left alone in 2019.
In 2002, the franchise moved over to the PC with Medal of Honor: Allied Assault, now developed by 2015, Inc. It featured an ambitious single-player campaign that included a level set during the iconic Omaha Beach mission on 6th of June, 1944. Likewise, the online multiplayer ignited a strong community who took to popular modes such as “Team Deathmatch” and “Free for All”, whilst also contributing with their own fan-made content.

Medal of Honor: Frontline made the transition to the new generation of consoles on 29th of May, 2003. It was developed by the renamed Dreamworks Interactive studio, now EA Los Angeles, who would be responsible for creating the mainline Medal of Honor games for the next decade. This time, the game’s opening level was set during the Normandy landings, in a move that harkened back to Spielberg’s Saving Private Ryan. It was a bold, cinematic game that saw the return of Jimmy Patterson as protagonist and even received a HD remaster on the PlayStation 3 in 2010. 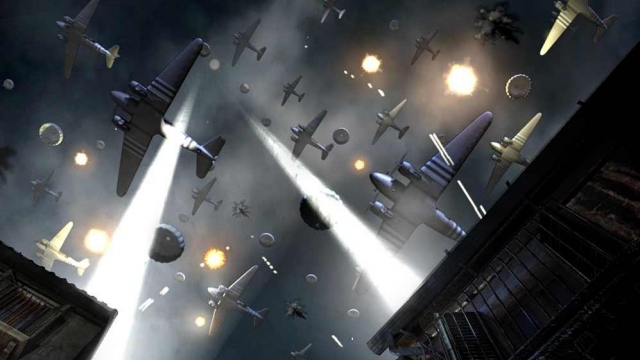 Later that same year, on Remembrance Day, Medal of Honor: Rising Sun rose onto home consoles and was the first game in the series to shift focus away from the European War to the Pacific campaign. Reception to the game was slightly more mixed, with criticism targeted towards its linear design and technical shortcomings. However, the PS2 version did feature online multiplayer, which was a novelty at the time. It remains the only Medal of Honor game where you can ride an elephant while shooting a mounted machine-gun, so that’s got to count for something.

Medal of Honor: Pacific Assault arrived on Windows in 2004 and, as the name suggests, focused on major conflicts during the Pacific War, from the attack on Pearl Harbor to the Battle of Tarawa. Medal of Honor: European Assault followed in 2005 for consoles. Its story was written by Apocalypse Now screenwriter, John Milius, and it shot around the European campaign from the Soviet Union to North Africa.

Two games arrived in 2007, with Medal of Honor: Vanguard acting as the swan song for the PS2, while Medal of Honor: Airborne arrived on the new generation of HD consoles. The series then went quiet for a couple of years after an extensively busy release schedule that saw nine mainline games come out in just eight years. The market for first-person shooters had shifted from the archaic setting of World War II over to contemporary warfare, with series like Call of Duty and EA’s own Battlefield capturing consumer’s interest. And so, EA rebooted the series in 2010 with the simply titled Medal of Honor. The game is set in Afghanistan with the missions and weaponry reflecting modern advancements. Meanwhile, the multiplayer was developed by EA DICE and drew criticism for allowing players to play as the Taliban. Despite this, the game received decent reviews and performed well enough to warrant a 2012 sequel.

Medal of Honor: Warfighter picks up right where the last one left off, only this time it completely missed the mark with a laughably bad story, horrible AI and glitches galore. There was even controversy over the game’s military consultants not seeking the required permission to disclose all their information. Worse still, Warfighter failed in the charts. This led EA to put the series on hiatus while turning their full attention towards their commercially successful Battlefield series. 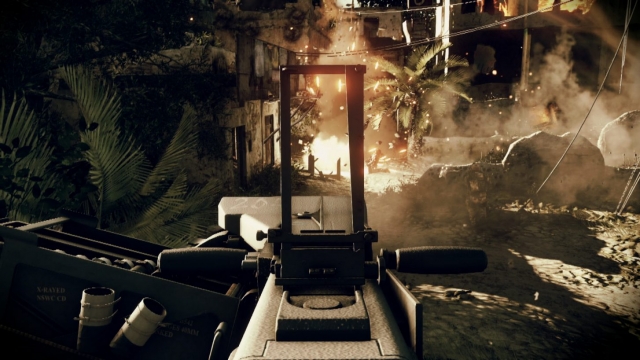 It seemed a bitter end to a once proud series. However, during Oculus Connect 6 in 2019, EA announced that a new Medal of Honor game was in development. Made by Respawn, this new VR title will return to its World War II roots with the player once again taking control of an OSS agent fighting against the Nazis. Medal of Honor: Above and Beyond is slated to come out in 2020, over 20 years since Steven Spielberg first sat down with a team of game developers and military consultants looking to change the way gamers experience shooters. And now, Medal of Honor may get the chance to make history all over again.

Get Medal of Honor Pacific Assault for Free on Origin

Latest On the House Game is Medal of Honor Pacific Assault

Had great fun playing this at lunchtime over the LAN at work back in the day, good times.