There are plenty of types of energy drink on the market, and I’m not a fan of any but a couple of flavours of one that comes in bottles. So I was definitely curious when approached to try out Beyond NRG. It bills itself directly to gamers, saying that it is not an energy drink, but an energy supplement, which offers a healthy and long-lasting surge of energy, focus and endurance. They also recently partnered up with EXCEL ESPORTS.

It does this by being full of caffeine. I won’t mince words, and the packaging of the powder even states that it contains a high dose of caffeine, so much so that you’re advised to not exceed two NRG drinks per day. It’s also unsuitable if you’re pregnant or breast feeding, or if you’re diabetic. Only mix with water (not alcohol!), and sip it over a 10-20 minute period.

For this review, I was provided with a box of assorted flavour sachets, a tub of Mortal Kombat 11 Ultimate Blue Raspberry Lemonade (with costume DLC) and a Vortex Shaker. I spent a couple of weeks trying the flavours, and getting a gauge for how it affected my energy levels during different parts of the day. I also varied the amount of water, and whether I had one drink or two.

Despite its name, the shaker is actually a kind of blender. Fill it with 300-400ml of water, then turn it on and pour in your powder. Turn it off after about 15 seconds, unscrew the bottom part and enjoy - no need to decant it into another container. 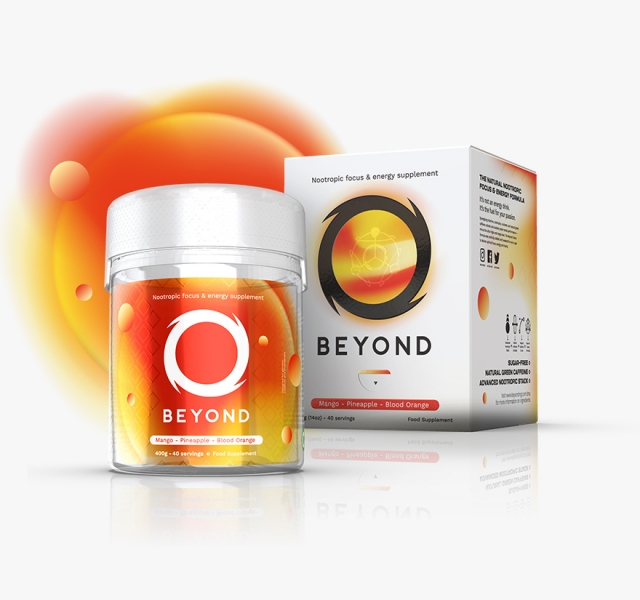 It doesn’t contain Taurine as one of it’s ingredients, which means that this isn’t an ideal energy drink before a workout session. However, as someone who doesn’t drink coffee, NRG worked a good pick-me-up in the mornings, and I found that it gave me energy for about four hours before wearing off - though I never experienced a crash of any sort.

Most of the ingredients in NRG are classed as “nootropics”, and rather than come up with my own words, here’s how Beyond defines the term:

Any natural or synthetic substance that enhances mental function is considered to be a nootropic and there are now over 80 different substances under the umbrella of “brain-boosting” ingredients. We’ve selected some of the best among them to feature in our drink.

As well as an increase in energy (and a quicker recovery from the school run) I did notice that I’m more alert after finishing a drink. Although it hasn’t enhanced my gaming ability noticeably, the Beyond website does say that it helps those who help themselves. Or in fewer words - git gud. 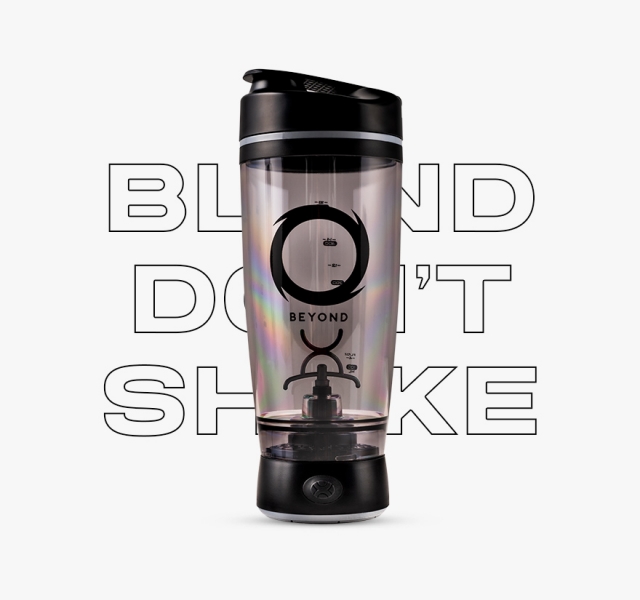 With tubs of Beyond NRG priced at £34.99 (£60 for two of the Mortal Kombat branded tubs), it’s priced similarly to other products. You get 40 servings from a tub, but if you want a variety of flavours you can get a box of 20 sachets for £23.99 (or one sachet for £1.50). I didn’t dislike any of the flavours, but I was a fan of the Mango, Pineapple & Blood Orange sachets - and I don’t like mango!

Beyond NRG is definitely something for those who are looking for an energy boost while they game. Streams, longplays, World of Warcraft raids… That said, you should mind your caffeine intake, and always read the label (or website FAQ).