DayZ is a bad game. I truly don't think anyone should play it, but do I regret playing it? No, not at all. According to Steam’s admittedly loose records, I’ve spent a whopping—and some would say shameful—405.6 hours in DayZ’s glitch-ridden, apocalyptic multiplayer sandbox, and I wouldn't trade a single moment of it for all the finely-tuned and properly functioning multiplayer experiences in the world. Why? Well because DayZ meant something to me, to my friends; it provided us with a playground to explore and interact with the worst sides of human nature (and discover how those sides blossom under the cover of anonymity). Long evenings trekking through the desolate nation of Chernarus taught us how the journey can often be better than the destination, and that the best journeys are always shared. More than anything, though, it was home to some of our most cherished gaming memories. Yes, really. There may have been hundreds of other games, most likely better ones, that could have offered the same kind of experiences, but they didn’t. DayZ did, and I’d like to talk about that.

(Disclaimer: this is an article discussing my personal experiences with DayZ between the years of 2013 - 2016. The version of the game discussed belongs to that era of its Early Access development. I have briefly played the game since then, and it doesn’t seem to have changed much—no surprise there—but I still can’t claim that these observations and anecdotes relate to DayZ in its current state.) 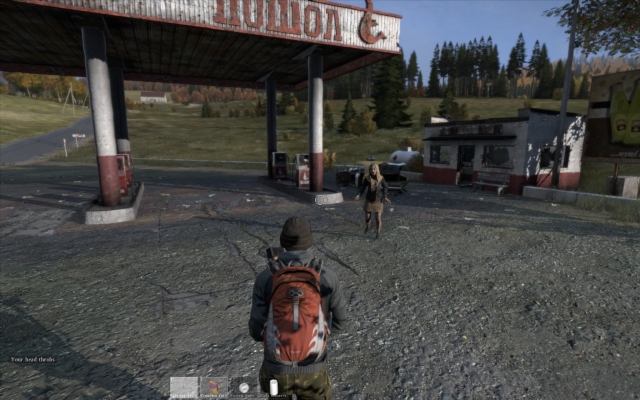 Like how smokers eventually lose the ability to smell the toxic stench of tobacco, we DayZ players eventually lost all sensitivity to the game’s endless collection of bugs and death-dealing glitches. They almost became part of the challenge, an obstacle in their own right: “Careful going down those stairs; you’re going too fast!”, I’d shout, before a close friend collapsed onto a heap on the floor, legs broken. What caused the injury? Brittle Bone Syndrome? Low bone density from apocalypse-related malnutrition? Nope. It was the inches of space that separated the bottom few steps from the ground: the drop triggered the game’s ‘fall damage’ mechanic and registered as an injury. How absurd is that? And yet, we lived with it (or rather, died with it). We knew the game shouldn’t have been spontaneously killing us, maiming us or stashing our ill-gotten loot in some presumed ethereal realm where we could never claim it for ourselves. Of course we knew that, but we felt compelled to trudge on regardless, meeting survivors, making friends and shooting (or more likely getting shot by) enemies.

Speaking of which, it was the other players that really made DayZ worth playing. They were scattered few and far between, with hours potentially separating encounters between us and other players. That’s what made them special, however. Like how boss fights serve as climaxes to levels in traditional games, simple player encounters served as climaxes to DayZ’s understated survivalist gameplay loop. 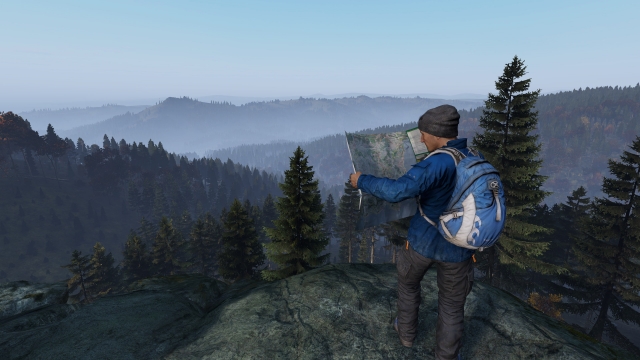 And it’s those other players you really had to be scared of. Like a lot of good zombie fiction, the real threats in DayZ didn’t scratch, bite or groan; the dangers you had to be really careful of spoke like people, walked like people and ate food like people. By all accounts they were people, except with one key difference: they’d done away with that pesky ‘moral compass’. Where us decent folk refrained from murder, theft and jumping in front of old ladies in the queue for the bus, these moral compass-less monsters had no qualms with killing, stealing and throwing those old ladies to the kerb. Disgraceful. After all, DayZ is a game with no set objective. There are no extrinsic progression indicators or rewards for killing other players, other than maybe the ability to take their belongings. Just like real life, if you kill someone, they’re just dead, which is DayZ’s brand of in-game murder takes on an aspect of maliciousness not present in other games.

Of course, we had no doubt that the trigger-happy bandits and maniacs of DayZ’s simulated post-apocalypse were morally upstanding citizens in the real world; it was the anonymity of the game that made them so… stabby and shooty. When you’re in your mid to late-teens, that insight into the psychology of anonymity is incredibly valuable—really. It wasn’t just the revelation that “the internet makes people vicious”, though (that was hardly news to me, even at the time), but rather the understanding that there’s a reasonable soul behind every seemingly heartless online avatar. You see, there were times where peoples’ heartless immoral shells melted away, revealing a player that was… well, perfectly normal—pleasant even. It was rare, sure, but the brief glimpses of the heart behind those online menaces gave us a sense of understanding for the types of people who spit red-hot hate over in-game voice comms; it made us a little less fearful of the armies of keyboard tacticians who weave grand tapestries of spite and deception on message boards like 4chan. It might sound silly, and, again, these lessons could have been learnt anywhere, but for us, they were learnt on the hard, distinctly Eastern European survivalist trail of DayZ. 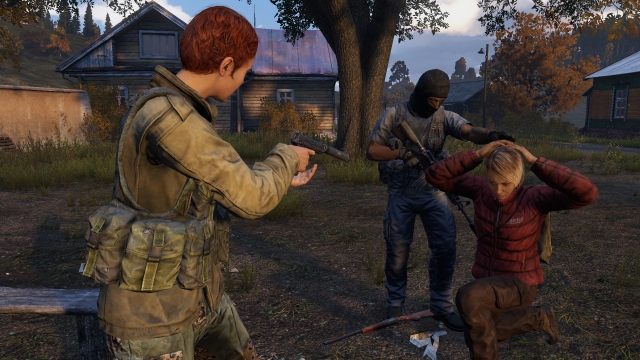 It was a trail punctuated by hard life lessons, scavenging and small flashes of action. Most of all, though, it was just a trail; that is to say, it was a little boring. With zero player indicators and no more than 60 people populating any server, DayZ’s huge map was largely devoid of any life at all. This meant that, most of the time, DayZ could handily double as a hiking simulator. What would a bunch of 15, 16 and 17 year-olds have wanted with a hiking simulator? Quite a lot, it seems. As it turns out, firefights and heated player-on-player verbal exchanges can be thrilling, but friends are what make those experiences memorable; in fact, the idle—seemingly dull—stretches between explosions of action are the things that stick in my memory the most; they’re the things that put a smile on my face, even today.

It’s likely, inevitable even, that DayZ will go down in the history books as a failure, in both concept and execution. Do I disagree with that judgement? No, not really. It was barely functional at the best of times, downright broken at the worst; besides, it barely offered enough gameplay systems to even warrant classification as a videogame. It really was a bit of a mess, but it was my mess. I’m not big into multiplayer games: I’m introverted, a little anxious and don’t much like talking in situations where I can’t also make eye contact. DayZ managed to bring me out of my shell, though. It introduced me to people from all over the world and brought me closer to the ones that already knew. I don’t think anyone should play DayZ, but I don’t regret a single one of my 405.6 hours spent contending with its world.

If you haven't played for the better part of 5 years, you have no basis to say it's a failure. The fact that so many still play it and article writers who haven't played for years are still thinking about it should tell you this game is no failure nor will it be labled as such in the history books. I do understand this is a personal experience, and believe me I read the article because I share the sentiment with the title, but this article makes no sense past 2016 as it's nearly a different game that does in fact succeed in both concept and execution. I only began playing in 2018 and it was pretty broken then, so I can imagine how bad it was up to 5 years earlier, but your article should've been released in 2017 when what you say discribed the DayZ of the time... Writing this now just seems like you wanted to talk shit about it while also saying you did have fun with it, but hey if they'll pay you to tredge out some shit for clicks, go get yours.... I mean I clicked -Peace