Because it’s been ten whole years this November since Dragon Age appeared in our lives and stole our hearts, but also because I really like ranking romances, here’s an article ranking the male character romances of the franchise as a whole. Sorry Sebastian fans but this Starkhaven prince is at the very bottom of my list. Not only is his romance behind a paywall (DLC) but it’s just incredibly boring, and unsatisfactory. There’s very little actual romance content, and the closest you get to an ending together is a chaste marriage in the Chantry. It doesn’t help that the character is self-righteous, judgemental and wildly irritating. His only saving grace is his beautiful voice, given to him by the Scottish voice actor Alec Newman, but it’s not enough to save him from the bottom of the barrel. 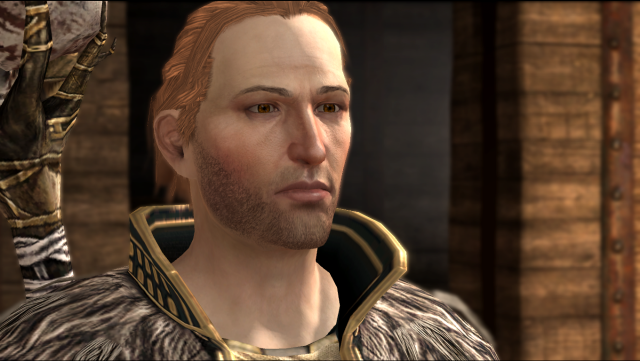 Oh Anders. If only you had remained the unpossessed, sarcastic lil’ mage from Awakening, perhaps you would have featured higher up in this list. Sadly Justice came along, and twisted you into a whingy, melodramatic apostate, with no qualms about blowing up the Chantry and killing hundreds of people. Although, it may have been the loss of poor Ser Pounce-a-lot the cat that pushed him over the edge. Regardless, he’s feline free, and free of my love, only the hardcore chantry-hating amongst us would enjoy this romance. And I'm still bitter they ruined him from Awakening. 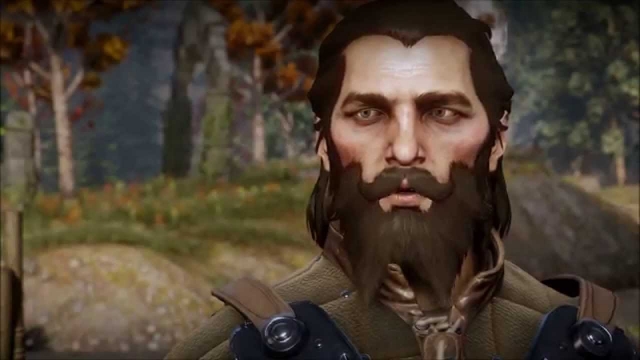 You know what, when I first played through Dragon Age: Inquisition, I romanced Blackwall. When I met him I was all swept up by his Sean Bean-esque ways and his glorious, glorious beard. Sadly there’s a point in the story you get to where you learn about his past *cough*THOM RAINIER*cough*, and after that, for me he was forever ruined. I followed the romance through in that playthrough, but on subsequent attempts I couldn’t help but find him tainted by my knowledge, and all his dialogue was now inherently shady AF. Ahhh, good old egg head Solas. Except he’s not so good is he? Annoyingly the romance for Solas (which you can only do with a female elf) works very well alongside the overall plot of Dragon Age Inquisition. That is if you can get past his undeniably arrogant and judgemental tendencies. He’s essentially a more self-righteous male version of Vivienne. I had to rank him above the others purely because the romance is so well fleshed out and I truly believe that any fan should ride it out at least once. From the very beginning of the game, right through to the end of the Trespasser DLC, choosing this romance will make you feel more immersed in the happenings of Thedas, particularly with what looks to be a continuation of his story coming in Dragon Age 4. 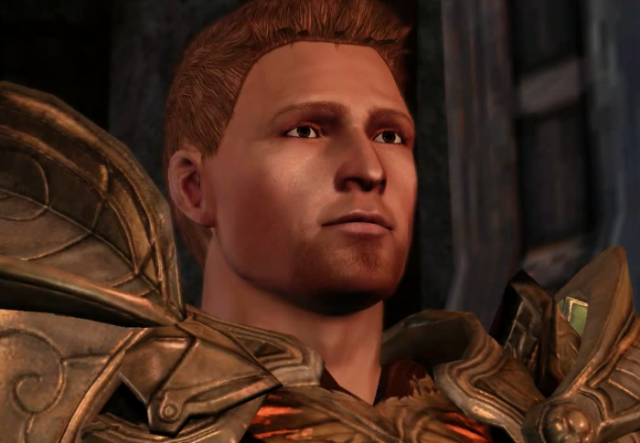 Okay, here’s where I might get some contention. I absolutely cannot stand Alistair. I can’t stand him in any iteration, hardened or unhardened (that’s a game mechanic not an innuendo) in Origins or as a King or Grey Warden in the sequels. Where others may find his characteristics endearing, I find myself eye-rolling. His rose-tinted view of the world is aggravating at best and his lack of independence is suffocating. I’ve ranked him so high because, again, his romance does work well with the plot of Origins, and also because a huge majority of the fanbase seems to adore him. I get the awkward, unsuspecting character becoming a hero trope, I just don’t have the patience for it. The Iron Bull is one hell of an inclusive romance. You can romance Bull with any Inquisitor of any race and gender and boy is it a ride and a half (pun intended). His character is light-hearted but compassionate; gentle, supportive and understanding; and all the while an incredible mood-booster. He has quite a different view on romance and this is really interesting to watch play out whilst also being incredibly sex positive. The only downfall of a romance with Bull is that you block out him ending up with Dorian, which I’ll cover in another article. If you want a fun romance with a larger-than-life character, this is worth a try. 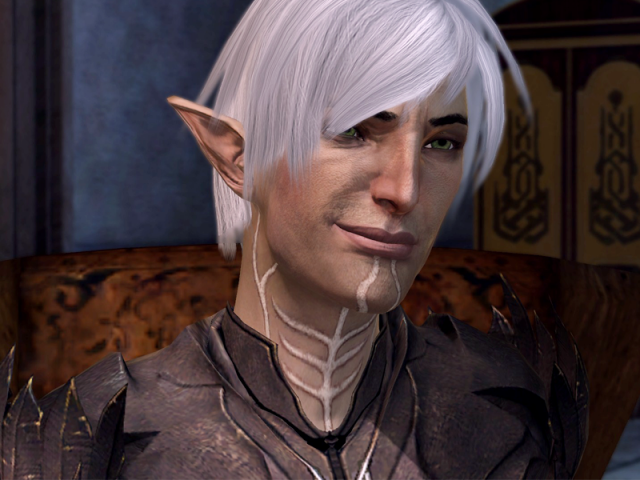 I’ll admit, I am a massive Fenris fan girl. I have artwork of him on my walls, and he is, in my opinion, the only character worth romancing in Dragon Age 2. Whether you choose the friendship or rivalry path, Fenris has a pain-filled, passionate character arc that makes me gravitate towards him every time. He has fought through some incredible difficulties and come through more determined and stronger than ever, albeit somewhat broody and fond of the booze. The main reason though that you’ll find me daydreaming about the lyrium tattooed ex-slave is because he is voiced by Mr. Gideon Emery, who has the single most silky yet gravelly tone of all time. Seriously, it’s beautiful. Cullen Rutherford is my Inquisition romance of choice, and every time I go another seduction route I feel like I’m betraying him. The appeal for me is his presence throughout the whole series, especially if you enjoy playing as a mage. He starts in Origins as a young, smitten and anxious templar and by the time of the Breach in Inquisition he has grown into this strong, deliberate but vulnerable leader. It’s incredible to witness this growth, which is probably the most stark of all recurring characters. And let’s face it - his fur-edged plate is just a whole lewk, one I can’t resist. Speaking of characters with growth (and he would love that pun), Zevran is another who demonstrates this in spades; only this time it’s over one game rather than three. It takes time for the Warden to crack the overtly sexual and always positive Antivan Crow assassin, but damn, is it worth it. His character arc over the course of Origins is easily my favourite, and once he finally lets you in, it feels so rewarding. Zevran is so easy to dismiss, have leave the party, or skip entirely that I feel his romance is completely underrated and should be experienced by all. Ahhh Dorian, everyone’s favourite Tevinter, and rightly so. Dorian stumbles into your life in one of two ways, depending on which path you pick but either way he’s a blistering-sarcastic, beautiful light in a chaotic, magical storm. Dorian’s heartbreaking personal story, his relationship with his family, and difficult upbringing make him, in my opinion, the single most interesting character in Dragon Age: Inquisition. Watching him cope with everything that is thrown his way, and come out the other side a stronger and even more dazzling person is a joy. There’s a tenderness in his romance with a male Inquisitor that makes you feel like you’re almost invading on something private, intimate and oh, so sweet.

And that's my list! Of course this is my opinion, so let me know in the comments below how yours differs.

0/10 no mention of Mommy Morrigan

Ranking her bottom of the Bachelorettes one just for you.