Ubisoft’s conference at E3 2018 was a real mixed bag; full of expected announcements, some surprise additions, and a recurring theme of inclusion for both game communities and female representation.

Just Dance 2019’s troop kicked off the show as we witnessed someone dressed up in a panda suit dancing into the theatre along with a marching band. The juxtaposition of this vibrant and colourful group of characters in the setting of the traditionally styled Orpheum Theatre was typical Ubisoft - downright bizarre. Oddly there wasn’t much said about Just Dance, the group just waltzed in and then disappeared to bring us onto one of the expected stars of the show, Beyond Good and Evil 2.

On the total opposite visual spectrum, Beyond Good and Evil 2’s explosive cinematic trailer included already established characters that popularised the series when first released back in 2003, but with many bearing a considerably younger appearance. One of those original members featured was a Jade. Gabrielle Shrager (Narrative Director) and Guillaume Brunier (Senior Producer) confirmed that Beyond Good and Evil 2 was indeed a prequel, before showing some pre-alpha gameplay that focused on seamless transition from on-foot to aerial navigation of vast environments, set at the end of the 24th century.

Ubisoft was committed to bringing the community closer to the occasion both with hand-picked members of the community in the crowd - dressed head to toe in Ubisoft attire - but also with its game’s finer details too. After the pre-alpha footage for Beyond Good and Evil 2 was shown, there was an unexpected entrance by Jason Gordon-Levitt, renowned actor and co-founder of Hit Record. He was there to explain that he and Ubisoft wanted content creators in the form of artists - both visual and musical - to bring their works into BGE2. Creator’s works would be used throughout Beyond Good and Evil 2’s world, with the service open for submissions now. Guillaume promised more details about this service and Beyond Good and Evil 2 itself at a festival in Autumn later this year.

After Guillaume and Gabrielle left the stage it was up to Justin Kruger to talk about the community again, this time surrounding Rainbow Six: Siege and a confirmation that the game has amassed 35 million players. He spoke about how the Siege eSports scene is constantly growing and briefly mentioned three big competitive events that will be coming up in the next few months. There’ll also be a documentary released at the first event, following a progression of eight community members that were looking to become world beaters in the game.

Changing the tone up again but keeping the community vibe, was the entrance made by Antti Ilvessuo. The Creative Director of Ubisoft Redlynx entered the stage on a motorcycle to announce the next game in the popular community-driven (driven, get it?) Trials series, Trials Rising. He went on to explain how he and Brad Hill (Professor Fatshady) from the ‘University of Trials’ recruited 20 of the most influential creators in the Trials community to help create and design many of the tracks in the game. It was all a bit mad, to be honest. The long and short of it is there’ll be a closed beta coming later this year, with Trials Rising releasing in February 2019 for PS4, Xbox One, PC and - for the first time on a Nintendo console - Nintendo Switch.

One of the hotly anticipated titles was next: The Division 2. Creative Director Julian Gerighty took to the stage to set the scene: on Black Friday, the smallpox virus was released on hundreds of dollar bills, leading to the deadly virus spreading across the US. Seven months later, the virus was burnt out but the US has fallen to pieces with Washington DC under threat from factions and civilians looking to rebuild the nation. 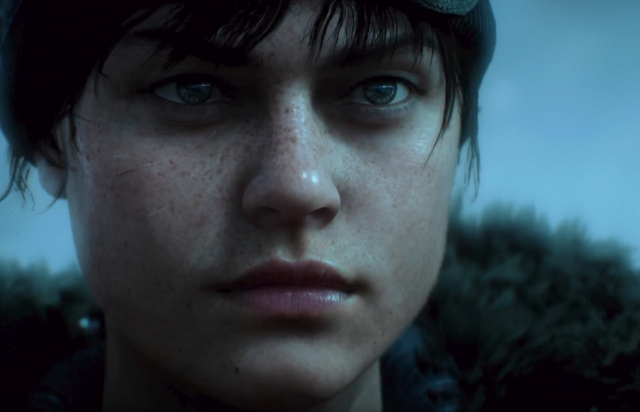 We were treated to another cinematic trailer showing a young girl in a garden preparing to fly a paper airplane. As the camera pans out, we discovered she’s in what looks like a safe zone, away from the violence and atrocities that lurk outside in the Dark Zone. People are trying to survive in the city that’s completely destroyed, ransacked, and full of rotten sewage, animals, and bodies. It’s a stark contrast to The Division’s original trailer those years ago, with more of an emotive feel, rather than the cringey, scripted multiplayer gameplay.

The Division struggled with engagement after it was released a couple years ago. To tackle this, Julian announced 8-player raids and a year-long roadmap of extra content that would be released in episodes after the game’s initial release. The DLC will include new story missions, areas to explore and new activities too and will be completely free to everyone. Time will tell as to whether it’s enough to keep players interested for longer. The Division 2 is set for release on March 15th, 2019.

There was already a bunch of details about the first full expansion to the surprise entry from last year’s Ubisoft E3 event, Mario + Rabbids Kingdom Battle. So, to celebrate Donkey Kong’s entrance into the game with Donkey Kong Adventure, the composer for its music - the legendary Grant Kirkhope - took to the stage with a live band named Critical Hit, to play some live orchestral music over the top of footage of the game behind them. It was a nice celebration of the wonderful music that’s in the game and confirmed the expansion’s release on June 26th.

It was hard not to compare the next game with an already well-known and recently released pirate RPG when Skull and Bones was given the cinematic and gameplay footage treatment. It looked very much like a grittier Sea of Thieves, like it was reskinned by Overkill studios, famed for creating popular bank heist shooter Payday. Skull and Bones has you arm your ship before you set sail, with a choice of different armaments and cosmetic changes. You’ll take to the seas in a shared world, with player encounters aplenty, with your opportunities for missions and looting dependant on the weather at sea. It was unclear as to whether the ship will be as precisely managed as in Sea of Thieves, but you can board and loot other player ships whilst trying to fend off larger ships, and team up with fellow pirates in for a chance to take down bigger ships a chance of the share of the loot. Skull and Bones is set to release in 2019.

The game announcements kept coming when Elijah Wood came on stage to briefly show-off a new VR psychological thriller called Transference. He and Game Director Benoit Richer explained that you would solve puzzles by shift perspectives through different people in your family. This one really stuck out, and the trailer has to be seen to be appreciated fully.

Last year, Ubisoft teased what would look to be a space exploration and battle game that was heavily focused on customising an actual spaceship that sits atop of the player’s controller. It was described as being designed with adult players in mind, rather than being relatively childish like Activision’s Skylanders. That game was showcased again as Starlink: Battle For Atlas with one noticeable inclusion, another collaboration with Nintendo and their favourite furry pilot, Fox. Shigeru Miyamoto was planted in the crowd to share the moment with the fans and Creative Director Laurent Malville and was presented with a special prototype of Fox’s Starlink ship. This collaboration will be a massive opportunity to push the new IP, much like Mario + Rabbids last year - voted in top five of fan favourite games on the Switch earlier this year in an official poll. Starlink: Battle For Atlas will be releasing on October 16th with Star Fox being included as an exclusive to the Nintendo Switch version.

As we geared up towards the end of the show, there was a brief mention of For Honor, as Ubisoft looked to expand the world with the Marching Fire DLC. New fighters, new factions, new single player content, as well as a 4v4 mode called Breach - debuted with a new gameplay trailer, set for release on October 16th. Also noted, some details and gameplay for The Crew 2 with an open beta ready for June 21st. A new cinematic trailer included a vast array of vehicles: boats, planes, dirt bikes, an officially licensed Red Bull F1 car, helicopters, and rally cars too. The beta is able to be pre-loaded from today. 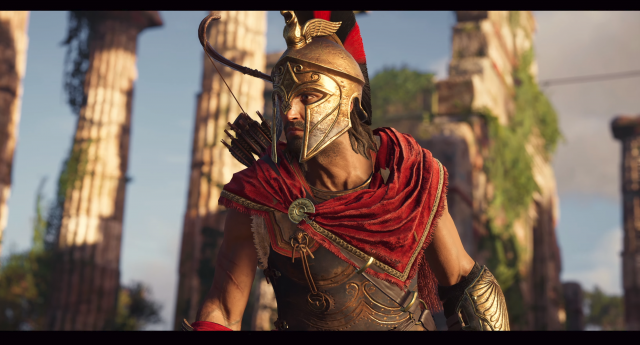 Ubisoft’s show culminated with Assassin’s Creed Odyssey. Despite the name and Ubisoft’s recent collaborations, there wasn’t a red cap to be found. There was - however - some glorious looking gameplay and the new that Assassin’s Creed had gone practically full-RPG. Set in an all-new environment in ancient Greece during a time of war, you can take control of either a male or female protagonist for the first time.

Odyssey includes new unique stealth abilities dependant on your style of play and - as in many RPGs - the choices you make throughout the game have repercussions later on. The Greek setting and scenery looked vibrant and full of colour, and there were some intense combat sequences shown with RPG elements like level progression, ability assignments, and unlockables with different tiers of armour. A date of October 5th was set for its release.

Ubisoft was keen to show a different side in their conference without being too in your face. Female leads in games were shown throughout the event but very little attention was drawn to such, showing they aren’t just doing it for the sake of it. Their nods to communities in many of their games showed they’re also listening to fan feedback more. Players wanted more variation and diversity, and finally they’re getting it with the big titles. If Ubisoft can continue to deliver quality from their AAA's without the setbacks and glaring mistakes they’ve been known for in the past, then they’re set for a very lucrative next few months and years to come. They’ve got a lot to prove.

Beyond Good and Evil 2