Recently, I was tagged on Twitter to check out Ashina: The Red Witch: Prologue on Steam. Upon checking it out, I saw it's a story-driven adventure game about a human named Ash who ends up in the spirit world after running behind a yokai that steals her mother's pendant. Intrigued by the idea of a spirit world, I downloaded the game and jumped in to experience what it was all about. Thanks to the 40-ish minutes I got to play from the prologue, I got a pretty good idea of what the game is like, so here's my first impression of the game! If you'd like to try it out for yourself, you can find the prologue for free on Steam.

It all starts with a scene where you get to know a bit about the main character and her sister, Tena. Although the dialogue can be a bit cheesy at times, I still quite enjoyed the interactions between them, setting the mood nicely for what type of character Ash will be. During this sequence, we learn that she works at the bathhouse below her apartment, and she's unhappy with her job, mostly because it's always the same customers, and they're rude and disgusting. The game seems to be quite dialogue-heavy, as this is not the only scene we're presented with, and oftentimes characters will chat with each other. This is good to know for anyone that might not like reading a lot, but for those that do, the interactions between NPCs were quite comical. 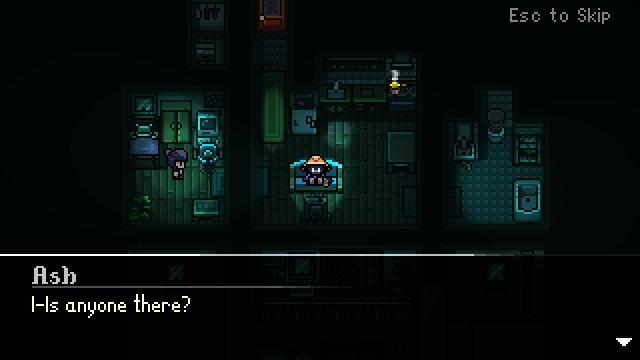 When her sister leaves, Ash goes to sleep and is then woken up by the TV later in the night; this is where we meet the yokai that steals her pendant. After another scene with him, she runs behind him to try and get her pendant back and finds herself in the spirit world when she steps out of her apartment door.

The game then introduces us to a small Japanese town filled with a cast of quirky characters to meet, from the charming raccoon sushi vendor to Trix, a yokai who uses a wig to stand out. The way the characters interact with each other or speak of one another really makes it feel like there's a sense of history and past between them. Additionally, I found myself chuckling at times, especially at some of the ways Tanto (the yokai thief) expressed himself, being quite an eccentric character and delivering some amusing and sassy comments. 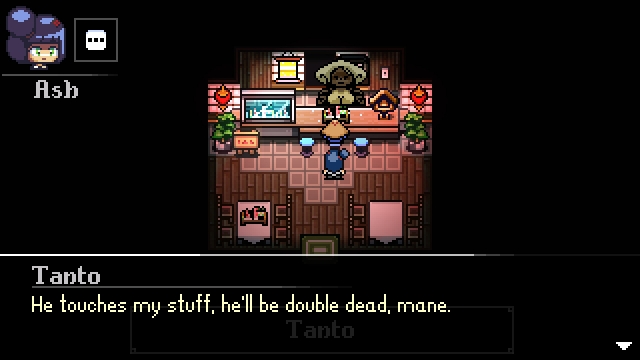 Aside from the characters and charming graphics, the demo offers some quests to introduce what the gameplay will be like. Although the chatting menu could use some work — as it offers the same options to choose from even if you've already spoken to the NPC — I quite appreciated the wide variety of dialogue choices.

Story-wise, Ashina seems quite interesting. Although the prologue is only about 30 minutes long, they do a good job at leaving you at an interesting point, where you meet Muma — the spirit that can help you get back home — and find out that she knows your mother. The reason that cliffhanger is so significant is that she then speaks quite highly of her, hinting that there is more to it than just a coincidence. All in all, my first impressions of Ashina were positive. The atmosphere, setting, and overall delivery of the game are very reminiscent of Studio Ghibli movies, thanks to the eccentric characters and plot. The full game will feature puzzles and different worlds to explore, as per what the Steam page says.