How is Forza Horizon 5 As a Person that Dislikes the Genre?

I try to like just about anything. The way I see it is, if I like more genres and games, the more things I get to enjoy along with all of the community. It happened to me with The Legend of Zelda: Breath of the Wild and The Witcher 3. I just couldn't love the games as much as others did, and I felt like I was missing out due to this.

Since I decided I wanted to try to like every genre and love every famous game, I began testing some of the best titles per genre that I just didn't particularly care for. These journeys have brought me to Forza Horizon 5, due to my particular uncaringness for the racing genre, in hopes that maybe I'd see the beauty behind it.

My history with racing games has been rather rocky. I played them with my wife in the form of Need for Speed, although that didn't last very long. After that, she and I delved deep into the Mario Kart franchise, playing several of the games and unlocking everything until we eventually grew bored and moved on; this was the ending of me and racing games.

So of course, as Forza Horizon 5 shook the world — quickly reaching several million sales — I needed to see this for myself. Could this be my saving grace? The game to get me to like racing games? 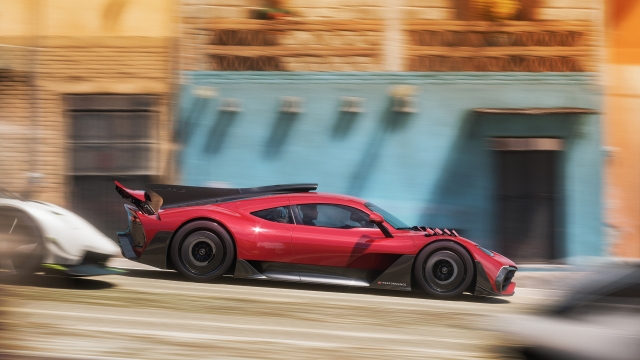 I booted the game, I watched the cutscene and saw the beautiful landscape of Mexico. My wife and I were surprised by the similarities between Mexico and Colombia, so it was a plus for me that the setting looked a lot like my home; just that it was more deserty.

After getting out of the tutorial (and not super understanding how the rewind mechanic worked), I picked my car, chose my license plate, and set off into the open world of Mexico.

I played through the quest where you have to find a car, and honestly — despite some similarities between the Mexican and Colombian culture — I disliked the way the characters spoke. I don't know if this is accurate, but I couldn't stand that every character decided to speak to the protagonist in Spanish as if the champion understood what they're saying. It was at this point that a character said that "a car isn't a car, but it's a lifestyle."... Seriously? This is why I hate racing games.

Shortly after that, I decided to try the races, given the entire genre is named after this. I put the bots at Novice difficulty — just two difficulty tiers above "Tourist" which is the lowest — and began my attempt at getting first place. In my first race, I failed because I missed a checkpoint, which then took me back to where it was and by then my opponents were too far away — something I could have avoided if I had just understood the rewind mechanic. I did get to catch up despite how far behind I was, however, I only made it in 8th place. 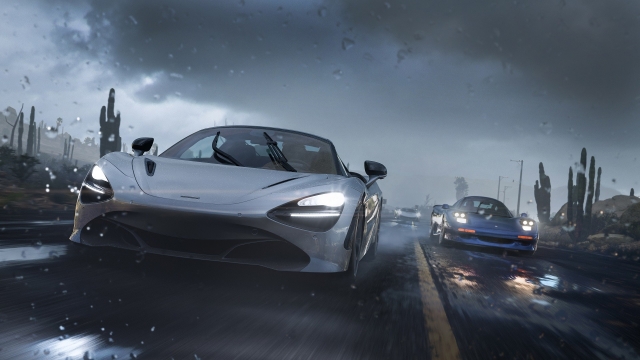 I persevered through and for my second race, I got 6th place. It was at this point that my fun began faltering. I didn't really enjoy the races enough to continue playing them, it felt more like I was wasting my time trying to like this genre rather than going out and playing things I actually like. I knew this would happen, and I had already planned for it.

As my final desperate call for help, I turned to a dear friend of mine that likes racing games, and I asked him what was appealing about it. After all, maybe I was missing the beauty of Forza Horizon 5 because I didn't know where to look and what to do. Maybe, just maybe, I was playing it all wrong.

He told me that one of his favourite things is that after a hectic day, he gets to boot up the game, drive around, and enjoy the beautiful scenery. That it wasn't so much the racing (although he'd finished every race) but more the relaxing aspect of the game, the visuals, the feeling of driving around. I felt enlightened; I could love racing games through this perspective, surely this was the secret to them!... No, I quickly got bored.

I've done this before. Pretend to be a civilian in games like Grand Theft Auto or Watch_Dogs — A normal pedestrian walking down the road. I don't play games purely for their scenery but the culmination of everything. I like persevering, getting killed hundreds of times, and making it out on top; perhaps just taking in the scenery isn't for me, and that's okay. 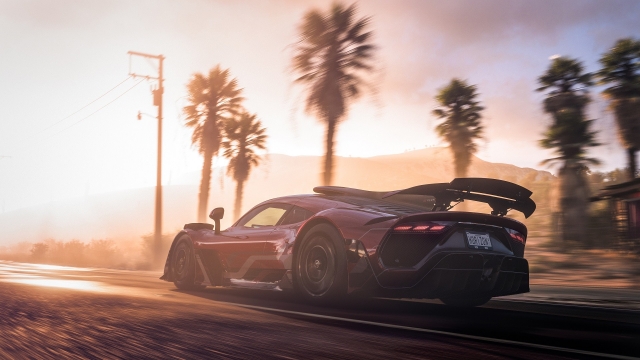 Forza Horizon 5 is a great game regardless of my personal dislike of it. I liked being able to decorate my car's plate and driving around the streets of Mexico. I love how much the game encourages you to do just about anything, and it felt like everything I did was leading up to something. If I just randomly drove around, I worked towards the completion of driving down each of the 578 roads. Or whenever I drove to a new area, I worked towards discovering them all. Forza Horizon 5 gives players so many things to do, and it feels more than just a racing game, but a collectathon, or walking simulator. Unfortunately, it just wasn't capable of motivating me to want to try more.

The game is wonderful in its own regard. And I am sure that if you too want to try out racing and give it its best shot, you shouldn't need to look further than Forza Horizon 5. Hell, even I might return to it at some point and drive around a bit more. For a racing game, it certainly is a damn good one.

What do you think? Will you be trying Forza Horizon 5 on Game Pass to see if maybe you too can spark your love for racing games? Do you already love racing games? Tell me all about it in the comments below! Let's talk about it.

The GrinCast Episode 325 - Run It Through a VCR