How It Feels To Be Better At Gaming Than My Wife

You wouldn't think that being better than my wife at gaming would cause any form of disparity, yet here I am, and here you are, and there she is writing the opposing end of this article.

Anyone can tell you that I am relentless in my gaming. I've played 100 and 200 hours in Sekiro: Shadows Die Twice and Dark Souls III respectively. Meanwhile my wife... well, she's always been more about the simple things in life, with 142 hours in Stardew Valley—it's easy to see the difference.

This doesn't cause problems, of course. I'm fine sitting through playthroughs of Stardew Valley—I love watching people play games. And it's not that my likes don't range into relaxing farming games, having spent 76 hours on Littlewood. 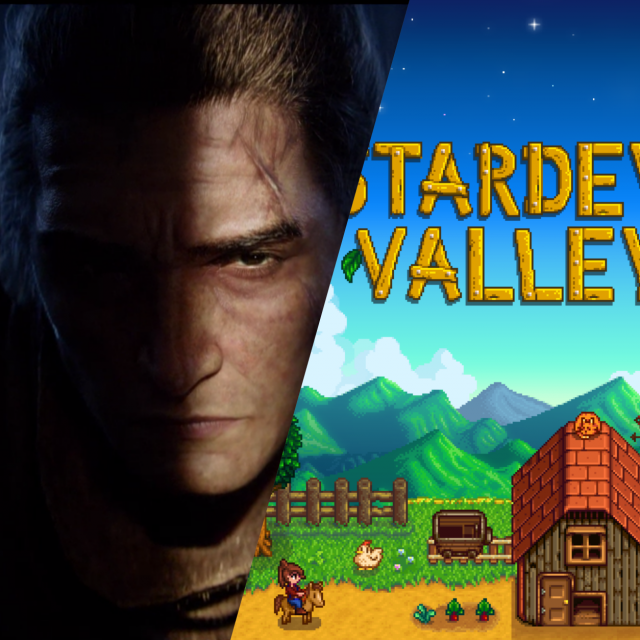 More than backseat gaming for each other, we love being able to play together. Every time we find a game that looks interesting, we'll ferociously dart down to the Steam tags like foolish children in Christmas to see if maybe, just maybe, this one has co-op. The keyword here however is “co-op”.

You see, loving to play games together, or backseat gaming for one another isn't a bad thing at all. This just means that I get to spend all of the time in the world with my wife doing what I love most—two birds, one stone and all of that. The problem begins when it's PvP.

It's not that my wife is bad at losing—she's gotten way better and I have been bruised way less nowadays!—it's that she can't win, and I wish I was kidding. Whenever a game merely sparks my interest because of its style, I actually have to sit down and think "How much better than my wife will I be at this PvP game?"

It's a curse. When we were children and playing games together, it was more of an equal fight. However, as we grew and I began getting better and better, the gap widened—I even remember the exact game we swore off playing fighting games: NARUTO SHIPPUDEN: Ultimate Ninja Storm 2.

Here's the scene: She plays Neji a lot because back then she found him cool, and here I was playing... anyone else. I would change from Gai-Sensei to Rock Lee, to Tobi or anything. And despite her knowing how to play the character more than I could with any single one of the random ones I selected, I won most rounds.

I love fighting games; I love being able to fight someone 1v1, especially when that fighting game has interesting characters that I love like the Smash Bros. franchise, Injustice, or, you guessed it, NARUTO SHIPPUDEN: Ultimate Ninja Storm. And this has grown to be a plague upon my being because I can no longer play those games with my wife.

Again, she isn't a bad loser, but losing 10–20 rounds in a row while playing her best character and me playing everything to actively find my worst and have a fair match isn't fun—this meant I could no longer play my favourites because I'd just automatically win.

It isn't only in fighting games that this has plagued my existence. I'm an overachiever, I'll try to get the best I can at everything I can. This means that when I began playing League of Legends and felt even mildly good enough at the game, I jumped into Ranked. The opposite is true for my wife, she'll actively avoid competitive game modes because she feels she's so bad at games. This meant that on my journey to trying to get to high ranks in League of Legends, I was a lone traveller, without my other half.

Yes, we're codependent. And so that meant that as soon as I was satisfied with my rank, I just stopped playing it and went to play casual game modes with her. Is it unhealthy? Yes! Am I going to change it? Of course not!

I tried teaching her the ways of the unrelenting. When we first played Minecraft she cheated everywhere. My biggest mistake back then was teaching her that the mod Too Many Items existed because then every time she did anything at all I'd soon find a chest filled with a suspiciously copious amount of diamonds despite not having mined past iron level.

"Enough!" I said dramatically. This wouldn't be the thing that ruins our marriage. So I began putting rules on her playing. Now, before you go and rage at me in the comments, hear me out. I taught her that perhaps the best way for her to do that was to experience the game first and then cheat on her second run. So I booted up a vanilla Minecraft world, sat beside her, and I kept guard to make sure no mods were installed without me being privy to it.

This... surprisingly worked. Slowly but surely, she's learned to like games more for the journey rather than the destination. Is it perfect yet? No, of course not! But at least now I got her to play—and finish—Sekiro: Shadows Die Twice. Does that mean she'll do a bell-demon without Kuro's charm at NG+7? No... not yet.

Do you have any similar experiences that you want to share? Are you the better half or the lesser half? Let me know in the comments below!