Try, if you can, to find the thread that connects these three games: Boom Blox, a 2008 puzzle game for the Nintendo Wii; The Dig, a 1995 point-and-click PC adventure game and Medal of Honor, A WWII first-person shooter from 1999. Any luck? Well, given that this is a strictly one-way conversation, I have to assume the answer is no. Steven Spielberg —yes, the Stephen Spielberg— had a hand in the creation of all three. Not many know the acclaimed director by his forays into gaming, and even fewer understand the impact that one of those forays had on the gaming landscape as a whole. Not so much for the first two, somehow I feel gaming would remain largely unchanged should it have been robbed of those particular releases. It’s hopefully obvious by now that I’m here to talk about Medal of Honor, the famed director's most successful gaming venture.

Browsing Spielberg’s (long) directing, producing and writing filmography will tell you that the man has a passion for World War II. From classic pieces of film and TV like Band Of Brothers, Schindler’s List and Saving Private Ryan; to lesser-known works like Survivors Of The Holocaust and Netflix’s recent Five Came Back. He’s endlessly driven to tell stories of the courage and hardships faced by individuals in humankind’s darkest hour. In the late 90s, Spielberg struck cinematic gold with Saving Private Ryan. The film’s gritty portrayal of war opened millions of eyes to the sacrifices of allied soldiers. Spielberg wasn’t satisfied with this though. He wanted to reach the younger generation —kids and teens— and help them understand the conflicts their grandparents would have suffered through. War films were a little too graphic for Spielberg to comfortably promote for this purpose, what if he were to reach kids some other way? Perhaps a more interactive, less detailed way. And so, the beloved Hollywood titan got the ball rolling for the most innovative war shooter of its era.

Released in 1999 by DreamWorks Interactive for the original PlayStation, Medal of Honor blazed the trail for first-person shooters. While it was far from the first game to adopt a WWII setting, (Who could forget Wolfenstein?) it was the first to drop players in plausible, if not 100% realistic war scenarios. Players weren’t shooting super-soldiers, mutants or robots, but regular nothing-special German soldiers. This was a rarity in 1999, a year that —for reference— also gave us Quake 3, Unreal Tournament and Half Life: Opposing Force. 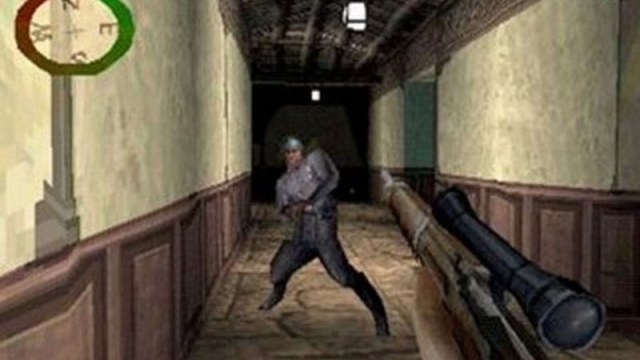 Given Spielberg’s involvement, nobody should be surprised that Medal of Honor took inspiration from Hollywood throughout its single-player campaign, at least in the audio-visual design and relatively gritty tone. It was this cinematic influence alongside its relative focus on realism that other titles took cues from. Grounded shooters like Counter-Strike, Tom Clancy’s Rainbow Six and Soldier Of Fortune all hit the market soon after Medal of Honor. Even Bungie’s Halo: Combat Evolved was able to benefit from the demand Medal of Honor created in the market for cinematic shooters. This is where the franchise began to make waves, but its influence on the industry wasn’t to reach a peak for several years and the release of the universally acclaimed Allied Assault.

Think back to all the WWII shooters you’ve played over the past 15 years. Most of them seem to follow a similar formula, don’t they? Welcome to the game that etched that formula in stone. Medal of Honor: Allied Assault hit the market in 2002, released by 2015 Games for PC and Mac.

All the tried and true WWII shooter tropes make a debut in some form here: the D-Day Omaha Beach landings, Tiger tank sections, sniper battles in city outskirts and (everyone's favourite) fixed turret segments. Most importantly, Allied Assault makes steps to capture the feeling of being a real soldier in a real squad, groundbreaking stuff for the time. These concepts would be developed over the years and across different franchises, but they began here. The game is noticeably dated nowadays, however I believe that only stands as a testament to how influential it really was. The overwhelming majority of military shooters from the past 15 years are derived from Allied Assault; it’s the giant whose shoulders every other military shooter sits atop, so it stands to reason that it can’t reach the heights of those more recent games. 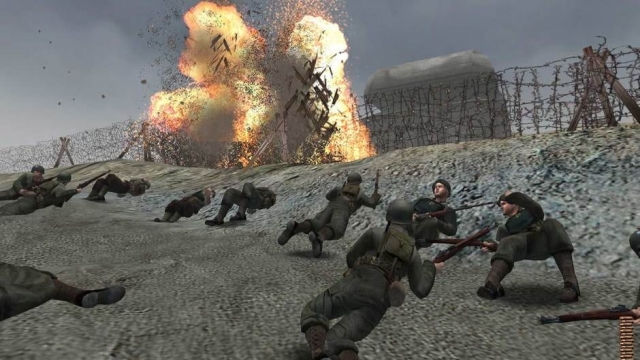 There’s another layer to the title’s impact, a layer composed of two game designers, Vince Zampella and Jason West. As development and engineering leads on Allied Assault, the game's success emboldened them to branch out and form a new studio: Infinity Ward. Sound familiar? That’s right, Call of Duty was born from the minds that made Medal of Honor. Infinity Ward went on to refine the WWII shooter genre to borderline perfection, surpassing Medal of Honor on practically all levels and —by most accounts— leaving it in the dust.

Let’s skip forward a few years to 2007, gamers are bored with WWII. Medal of Honor has faded into almost complete irrelevance and its superior, Call of Duty, is in danger of following the same path. If you’ve been paying attention, you’ll remember how closely tied the two franchises are; there’d be no Call of Duty without Medal of Honor, that’s important to bear in mind for what I’m about to claim next. 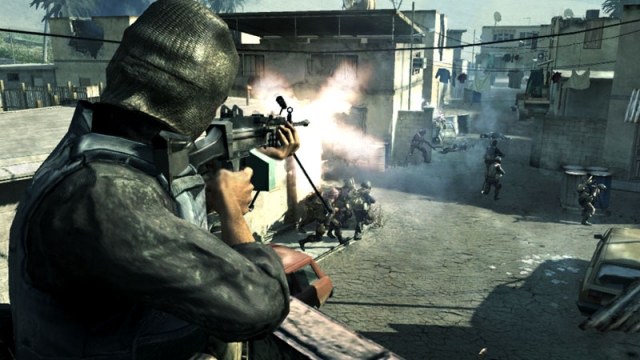 In 2007, Modern Warfare swept across the globe, (thankfully not literally). It tackled themes games had only previously dabbled with, set a new standard for what single-player experiences could be, changed multiplayer gaming for the next decade and had more impact on popular culture than any game this century. There are convincing arguments for the opinion that gaming would be a relatively tiny market today if it wasn’t for Modern Warfare.

It doesn’t take long to trace gaming’s acceptance within mainstream culture back to Call of Duty, which —as established—  is just a development of what Medal of Honor started. That’s where I think Medal of Honor had the most influence. Symbolically, I see the franchise as one of the crucial seeds from which a mighty oak tree of mainstream gaming has grown. Medal of Honor grandfathered modern, cinematic shooters and helped move the medium of games closer to maturity.

As we move closer to the 20th anniversary of the original’s release, it’s worth thinking about how differently the last two gaming decades would have played out without Medal of Honor and its successor Call of Duty. Many of today’s most atmospheric titles owe their existence to the sense of place Allied Assault created for the player; the shooter genre as we know it would also likely have not veered so enthusiastically into set pieces and spectacle; online multiplayer on consoles wouldn’t have grown to match what’s offered on PC (Halo 2 also deserves hearty praise for this) and gaming may have remained a hobby that much of society would dismiss as “childish”. Not that the world is free of people looking to disparage games —even now— but I’m saying it could be a lot worse.

If you can find a working copy, consider booting up Medal of Honor and playing through the first level. As you guide protagonist Lieutenant Jimmy Patterson around the dimly lit, French countryside and polygonal ruins, give thought to the countless games and careers that grew from such humble beginnings. It’s safe to say that we all owe something to Medal of Honor, the franchise is an overlooked hero of the gaming history books, and it’s one that deserves our thanks.

Get Medal of Honor Pacific Assault for Free on Origin

Latest On the House Game is Medal of Honor Pacific Assault