Rocket League is taking the gaming world by storm. Free on PlayStation Plus in July, just £14.99/$19.99 on PC, with fast-paced and addictive multiplayer, easy to play and hard to master controls, shareable and competitive gameplay - it’s a dangerous concoction of gaming bliss.

When you start to find yourself rising the ranks online, only to be getting stuck in a rut of losses despite you believing you aren’t doing much wrong, you need to start asking some questions.

What could happen if I clear the ball from my position?

Clearing the ball is a vital part of defending in Rocket League. Doing it well, on the other hand, is a skill that requires practice and good judgement.

Wondering what your opponent is doing, waiting in the middle of the arena, whilst you sort yourself out for a clearance? Then you need to be cautious of where you are clearing the ball. If you have the time, assess where your opponent is and make it difficult for them to score, whilst getting the ball away from your goal, or into a position where you can make a more effective clearance. Remember that sometimes, playing the ball TOWARDS your goal can be the best option, as it wrong foots your enemy, and in some instances, pings the ball back towards your scoring target. 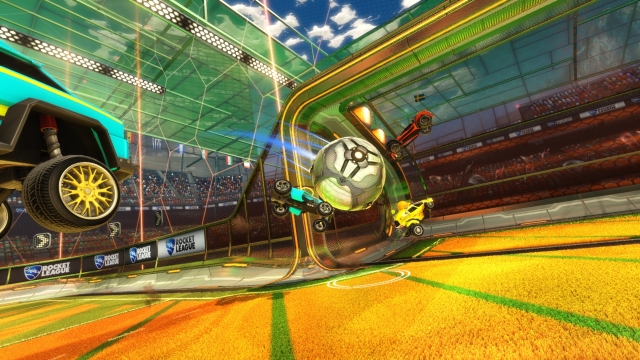 Sometimes, you've just got to get it out

Should I boost or flip in this situation?

Amateur players may not know that flipping 3 times in a row, backwards or forwards, actually brings you up to full-boost speed, if you continue to hold down the respective accelerate or reverse buttons. This is especially effective if your back is to your goal, and there's a high chance of a counter when you are high up the pitch with no boost.

Boosting is effective for a lot of reasons but most of the time, when you want to cover long distances in a short amount of time, flipping is the best way to go.

Boost when you want to change speed quickly, make a minor speed adjustment as well as demolishing or knocking away an enemy, otherwise, flip like there's no tomorrow. 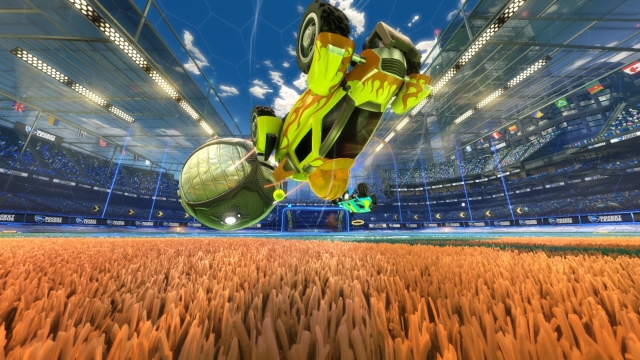 Do I have time to rethink or rework my shot?

Taking your time in key situations such as goal line clearances and absolute sitters by the opponents goals are the best thing you can do, because you don't want to mess those up.

You will look like a right simpleton if you go crazy fast towards an open goal, as the ball trickles into your field of view, just to whiff into the back of the net. Take, your, time. Assess your surroundings as you normally would and keep calm. The same goes for defending. If you have the time, maneuver into the right position, and then make the clearance, don't just go crazy - you may make a mistake and cause an embarrassing own goal. 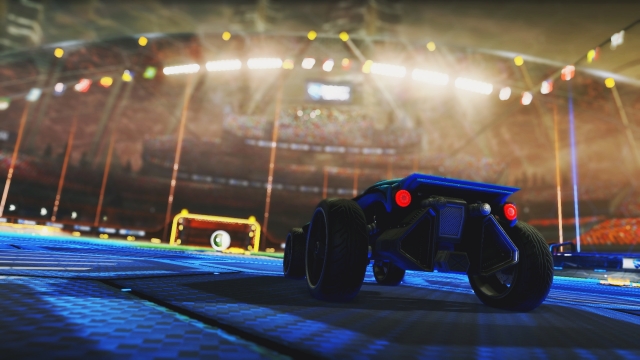 Where is the ball likely to land next?

Reading the play is one of the most fundamental things you can do to secure victories. It's all well and good going hells bells towards where the ball is currently, but you will lose more games in the long run. Rocket League is a physics game - work out the natural ball movement, see where it's likely to land and plan accordingly. It's incredible how many people whiff past the ball from miss-timed jumps, even 'Pro' players in Ranked Mode, simply because they are badly reading the play.

This is especially effective when working out how the ball bounces off walls and when it’s rolling around corners; you can decide whether there is a chance for you opening up, or it is best to sit back and see where the unpredictability of corner hits directs the ball. 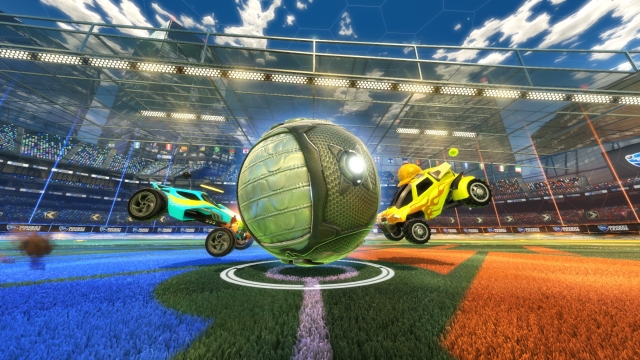 Which one of us is closest to the goal?

From the kick-off, you have to be sharp to what's happening. Solo duel is slightly different, but when there is 2, 3 or 4 of you, then work out which one of you is closest to the boost from the kick-off and from there, use the quick commands to signal your intent. 'Defending...', 'I'll take this', 'Take the shot' - any of them will really help out in this situation, to avoid a simple tap in.

Simply put, if you are closest to the goal, stay there, there's rarely any point in you storming out, as it's unlikely you will get the first touch. If you stay in goal and let your closer team-mate go for the hit, you can avoid conceding those annoying kick-off strikes. 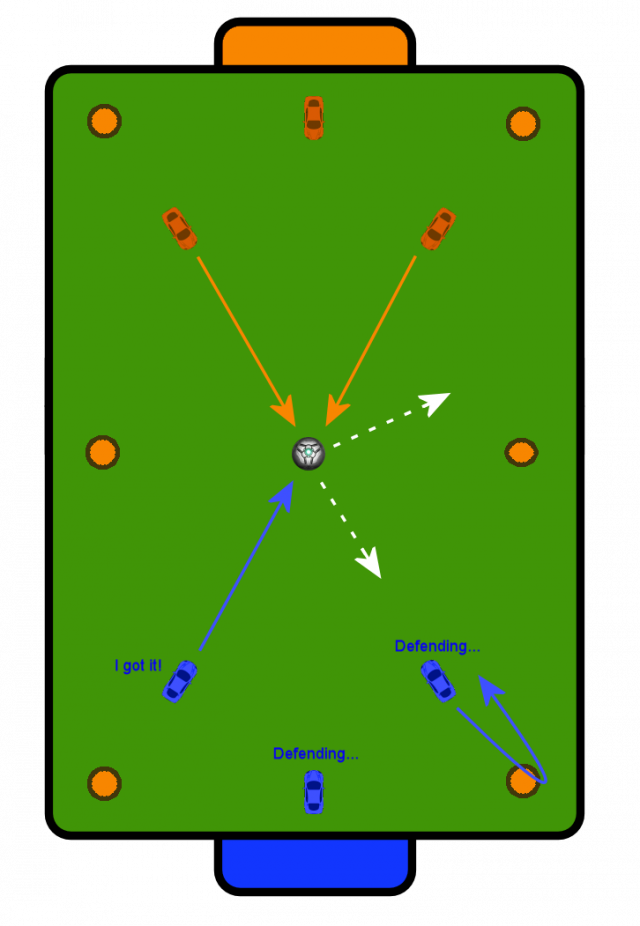 You have just gained an unfair advantage by reading these questions. If everyone did the same, Rocket League would be highly competitive even at the low ranks, but the fact is, even some of the higher ranking players are falling short with some of these mistakes.

Even if just one of these questions has made an impact on you, leave a comment below telling us which one. Got any suggestions for follow-up questions? We’d love to hear them, too.

Keep an eye out next week for even more Rocket League tips and tactics, only on GameGrin.

Improving Your Game of Rocket League

Read more articles by James
Share this: Source: All images have been borrowed from the Rocket League subReddit, r/RocketLeague

if somebody want download Rocket League with working multiplayer check this

Did you forget the link to the Steam page? Here you are: http://store.steampowered.com/app/252950/

You really should mention my number one pet peeve - ball watching! People forget there are two different camera modes I swear.

Ah yes, I think I have something lined up for that - really gosh-darn annoying!

Improving Your Game of Rocket League